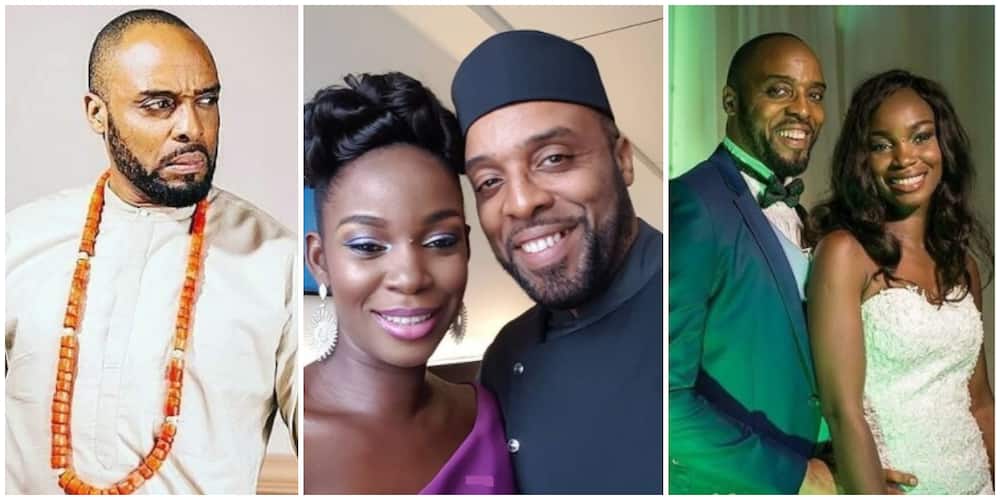 On Monday, Kalu told an Ikeja High Court how his estranged wife allegedly deserted their matrimonial home and denied him sex after welcoming their son.

The News Agency of Nigeria reports that Ikeagwu, in the suit marked LD/8939HD/2021, is seeking a dissolution of his six-year-old marriage to Ijeoma.

The actor is also seeking full custody of his 3-year-old son and 10-year-old step-daughter. 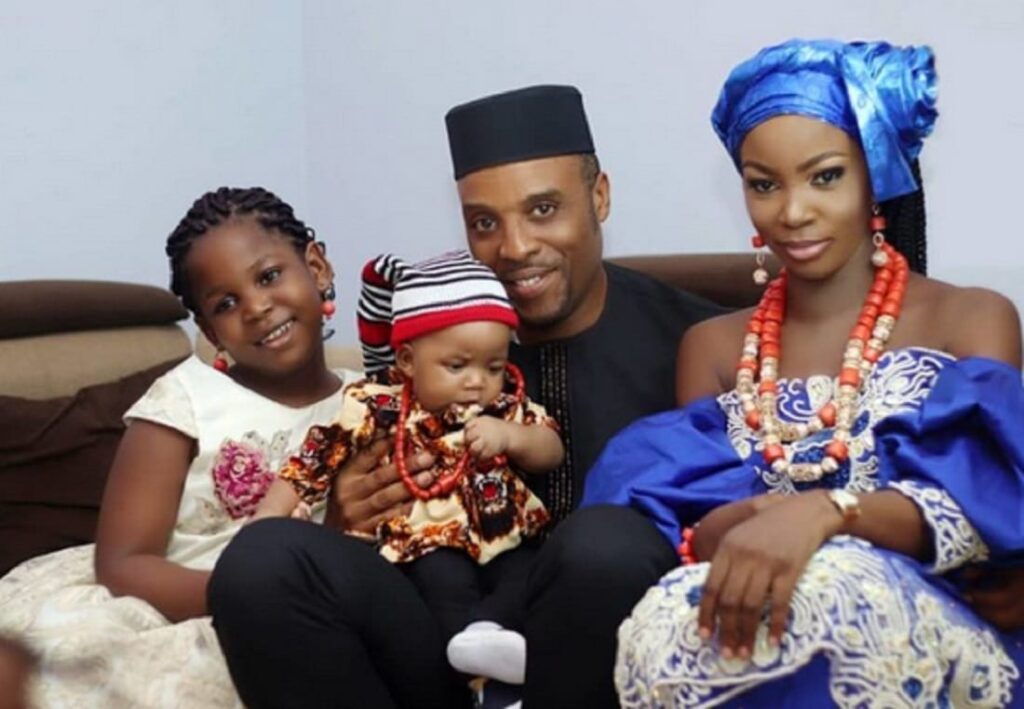 Under cross-examination by the respondent’s counsel, Mrs S.I. Amedu, Ikeagwu said his wife packed out of his house and sent him an e-mail that she was on her way to her father’s house in Enugu.

However, he said contrary to her claim, he later saw her at the Murtala Muhammed International Airport with the children after some days. He said in court:

“I got back home from a trip on August 4, 2021 to find out that my wife had left our matrimonial home with the children to an undisclosed location.

I tried to contact her when I got to the house and found it empty. I sent her an email on that same day and she replied that she had gone to her father’s house in Enugu.

She told me she was at her father’s place in Enugu and four days later, I saw her at the airport in Lagos, heading to God knows where. In the mail she sent, she said she was In Enugu.”

Ikeagwu also debunked the claim that he sent his wife and kids out of the house and failed to provide for their upkeep. He said,

“I did not send her out of the house. Someone has to tell me why it takes four days to get to Enugu from Lagos. If you say ‘you are on your way’ it means it is a continuous sentence. It was a stated fact that she was on her way.”

The actor further told the court that his wife denied him sex and also poured water on him while he was asleep.

The petitioner also said he was not aware that his wife lost a pregnancy due to a Sexually Transmitted Infection while they were together.

SEE ALSO: Veteran Actor, Kalu Ikeagwu Describes The Thrills Of Being A Husband And Cool Father-Of-2 In New Interview

“After the birth of our son, she has refused to have sex with me. I was not aware she lost the pregnancy due to an infection as I did not give her any infection.

Till date, I have not seen any report attached to a document that she lost a baby through STD. Though I did not ask her why she lost the baby.”

Ikeagwu said he stopped sending money to the children for upkeep and maintenance because his wife denied him being the father to his step-daughter.

The actor added that this was after she accused him of attempting to sleep with the child and she failed to acknowledge the money he sent to her. He stated further:

“The last time I sent money to them was in November 2021. I stopped sending money because my wife denied me being a father to my step-daughter and she also accused me of wanting to sleep with her.”

On why he was seeking custody of his step-daughter whom he had earlier sought for revocation of guardianship, the actor said he had information that his wife wanted to relocate the children. He said,

“I want custody of the two children. The reason I sought for revocation was because my wife had turned my step-daughter against me and at that point, I got a hint that she wanted to fly the children abroad.

I have never been married to any woman before I got married to my wife. I married her after she had her daughter.

I earlier said the issue of revocation was because I felt she wanted to use me. My Lord, look at the precedence on how I have treated the girl from the very beginning.

I am an actor by profession and I travel to locations within and outside Nigeria in which I can spend five days to one month.

At the moment, it may be difficult but I am thinking about the future when I remarry and get a stable wife.”

ALSO SEE: ‘I am a bit apprehensive about being a dad because…’ Kalu Ikeagwu On His Fatherhood Fears & More

Justice Christopher Balogun had earlier ordered the children to play with their father in court and ordered the respondent to present the receipts of the tuition fees of the children in court.

“According to the Child’s Right Act, you can not deny the children the best education even if you’re quarreling with your wife.

If I should as a judgment grant you a divorce, and if your wife is in Enugu and you stay in Lagos, why should I give the custody of a 10-year-old girl to you while her mother is alive?

The Supreme Court ruled that it is not the wealth of a father that the children of that age need, they need the care and attention of their biological mother.

The only reason the girl child should not be in the custody of the mother is if the mother is mentally derailed or the issue of infidelity is involved.

Assuming the girl starts her monthly period, you as a father do not know what to do. You will be scared of the blood. A female girl is delicate. Your own case is worse because an accusation has been leveled against you.”

According to a source who spoke with blogger, SDimokokorkus, last year, the couple who were married for five years had been having marital issues with Ijeoma accusing the actor of having extra-marital affairs with other women.

She also complained about his habit of smoking in the presence of the children – one of whom is asthmatic. The source also claimed that Ijeoma moved out of the actor’s house in July 2021 with all her belongings and her whereabouts have remained unknown to the actor.