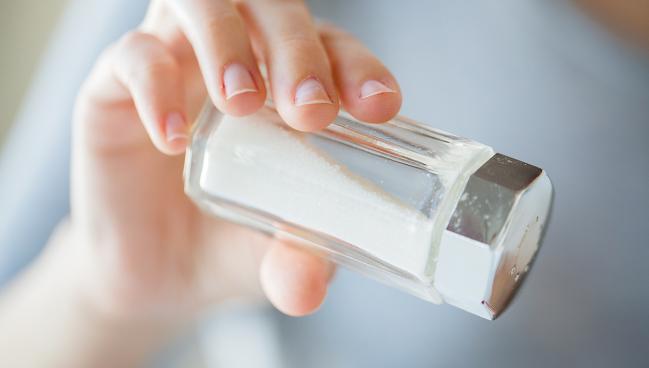 Researchers at Tulane University, United States, have cautioned against adding extra salt to food at the table.

The researchers made the call in a recent study they conducted, noting that it could increase the risk of untimely death and lower life expectancy.

The study, published in the European Heart Journal, found that those who continuously added salt to their food had a 28 per cent higher risk of dying too early, in comparison with those who never or hardly added salt.

“Adding salt to foods at the table is a common eating behaviour that is directly related to an individual’s long-term preference for salty-tasting foods and habitual salt intake.

“To my knowledge, our study is the first to assess the relationship between adding salt to foods and premature death.

“It provides novel evidence to support recommendations to modify eating behaviours for improving health. Even a modest reduction in sodium intake, by adding less or no salt to food at the table, is likely to result in substantial health benefits, especially when it is achieved in the general population.”

The researchers conducted the population-based cohort study comprising of 501,379 participants from UK biobank who completed a touch-screen questionnaire on the frequency of adding salt to foods at baseline.

The researchers noted that the information on the frequency of adding salt to foods did not include salt used in cooking.

The participants were followed for an average of nine years and untimely death was defined as death before 75 years of age.

The study also revealed that adding salt to food was linked to a lower life expectancy. At 50 years of age, life expectancy was reduced by 1.5 years in women and by 2.28 for men who always added salt to their food, in comparison to those who never or hardly did.

The researchers, however, noted that these increased risks tended to be somewhat lessened in individuals who consumed high intakes of potassium foods such as vegetables and fruits.

“We were not surprised by this finding as fruits and vegetables are major sources of potassium, which has protective effects and is associated with a lower risk of premature death.

“Because our study is the first to report a relation between adding salt to foods and mortality, further studies are needed to validate the findings before making recommendations.

“Our findings indicate that higher frequency of adding salt to foods is associated with a higher hazard of all-cause premature mortality and lower life expectancy.”