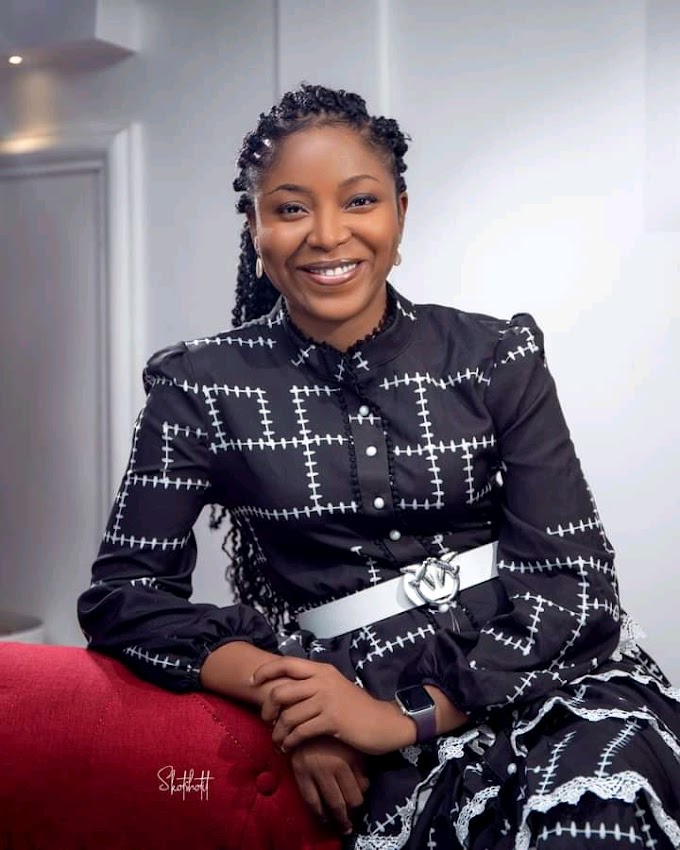 Anwinli Ojeikere is an anointed woman of God, author, mother and wife. She is happily married to her heartthrob, Pastor Ohis Muyiwa Ojeikere and together, they are popularly known as The Winlos.

The couple, who have been married for over 8 years, mentor and inspire thousands of married and unmarried couples worldwide.

They host their popular show THE WINLOS SHOW (TWS) which covers a mix of pure Christian comedy, stage plays, and music. They also host a weekly series on their internet TV called: ASK THE WINLOS which is very interactive and has transformed a number of lives.

In a very recent chat with PUNCH, Anwinli Ojeikere, who is from a broken home, talked about how people become casualties of abusive marriages. She also spoke about working with her husband to advise people on relationships and marriages

Did you ever envisage that you would one day become a preacher?

I usually dreamt of myself in front of women, talking to them about relationship issues. However, I always ran away from it (being a relationship coach) until I got married, and my purpose became clearer through partnering with my husband. He saw it too that it is God’s will and direction for me.

Why did you decide to focus on relationships?

Being a relationship teacher was through God’s leading. Also, my background influenced my decision. I am from a broken home and that made me passionate about counselling friends on relationship issues. Before my husband and I got married, we told ourselves that we wanted our marriage to be a model (for others to follow).

We realised that a lot of families stay in the same room but they are actually apart. We saw families falling apart and that stirred up what we already had in our spirit to focus in that direction.

What were the qualities that endeared you to your husband?

I saw him as a very focused person. He always did whatever he set his mind to. He never compromised what he was already doing because I was not agreeing with it. He was a man who demonstrated the fruit of godliness.

It is enough for people to say I w ant a Christ-like person but those are just mere words; they do not demonstrate it. I saw in my husband a man who demonstrated it. Also, he is very hard-working.

A school of thought believes that it is advisable for people in relationships to follow what works for them, instead of following ‘public’ opinion. What’s your take on that?

However, it does not make it right. God created marriage and we are guided by the Holy Bible, which is the manual for marriage.

When it comes to public opinion, it can be right at times and it can be the truth. The most important point is that it should be in accordance with what the Bible teaches.

Cases of domestic violence seem to be on the rise, and some churches have been partly blamed for this menace because they encourage people to stay in abusive marriages and not divorce. What is your reaction to that?

One can only preach. One cannot force people to heed to the advice they are given. Shortly after the demise of Ekwueme singer, Osinachi Nwachukwu, many people questioned her pastor for not taking more decisive actions to save her life. But, we also saw her pastor preach against domestic abuse. So, one can only preach about what is right, one cannot force people to do what is right.

A lot of things that happen in marriage had already been in existence when both partners were dating. But in marriages, those signs are magnified. No one can change the other person. People decide when they want to change. A lot of singles get married to people who have already shown signs of being abusive.

There are different signs to know a person who is abusive. The person may not even start by slapping their partner. There are other signs, which includes the way the person talks to their partner.

However, people ignore the signs and become casualties in marriage. My take on domestic abuse is that singles should be more observant. For the married, when they find themselves in such situations, they should speak out. They should not hide and cover abuse. Abuse that is covered will only multiply.

The abuser is always a threat. But, if the abuser sees that their partner is not threatened, they will not be able to do much. Also, the environment where one is being abused is not safe. I do not advise people who are being abused to stay there.

READ ALSO: ‘How my attitude in my singlehood reflected in my marriage’ -Youtuber, Anwinli Ojeikere Narrates As She Dishes Marital Tips To Singles

Have you had to settle a case of domestic violence?

Pat Utomi’s Son’s wife, Maya Opens Up On The Incident That Made Them Quickly Get Married Without Inviting People

Yes, I have. My husband and I have been in several situations where we had to settle cases of domestic violence. There was a couple who got married and barely three months into the marriage, it was already abusive. As I am talking to you, that couple has separated.

What are some of the biggest impacts of your work on the people you mentor?

It gives them spiritual insight and it renews their mindset towards relationship and marriage issues. Also, it has helped couples to be more united. It has brought about unity in families and has inspired young people to want to live right. It has made them to see that consistently improving themselves can make them relevant. Above all, we have led a lot of people to Jesus Christ.

Do you have certifications to be relationship and marriage coaches?

We got a certificate in relationship and marriage coaching from the Institute of Marriage and Family Affairs, Texas, USA, in 2017.

What are some of the most pathetic cases you have handled over the years?

We have handled several cases involving domestic violence and suicide.

Is it advisable to involve the police when a victim of domestic violence refuses to leave that situation?

Yes. This is because some people experience domestic violence and it looks like they are in a state of manipulation. They are so used to the situation because their abuser usually apologises after hurting them.

Most times, they get used to it and they stay back in that abusive environment. Finding a way to pull them out, which may not be welcoming to them, has to be adopted, and that could includes using the police.

What are your hobbies?

I love to take walks, read, and gist.