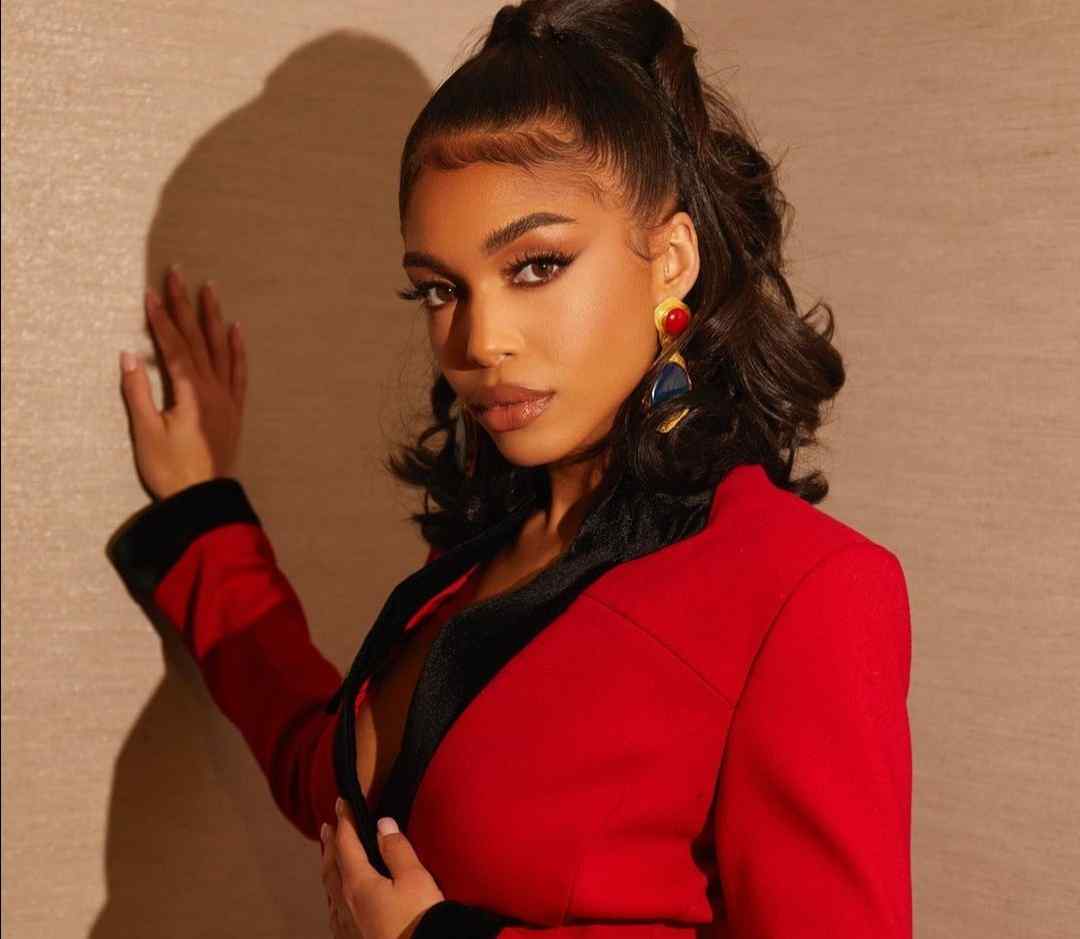 Model and socialite, Lori Harvey sat down recently with her longtime friend and show host, Teyana Taylor to discuss her dating life.

In the debut episode of Bumble‘s “Luv2SeeIt”, the 25-year-old beautypreneur and Taylor had an intimate conversation about their philosophies for relationships of all kinds, from romantic to platonic to professional. The pair discussed never compromising one’s core values, but focused a lot on change.

Harvey also got candid about her ‘red flags’ and ‘green flags’ for getting serious with someone.

The SKN by LH founder ended her relationship with “Black Panther” actor Michael B. Jordan in June after over a year of dating. After they broke up, the pair removed pictures and videos of each other from their personal Instagram accounts.

During the interview, Lori revealed how almost getting married at a young age made her realise she needed to get out there, try new things, and date on her terms.

According to her, she looks out for red flags in potential partners, like being too close with an ex, or still having conflict with an ex.

She added that relationships with exes should be “cordial,” at most and that “transparency” and “openness” are green flags in a relationship, even though she admitted she has not been a great communicator in the past.

SEE ALSO: For The Singles: Marriage Counsellor Rolls Out 10 Red Flags To Watch Out For Before Marriage

On her green flags and red flags, what she loves versus what she can’t deal with:

Green, I would say just like transparency and openness, communication. Not trying to beat around the bush or act like you want something that you maybe really don’t. Like really you’ve got 20 other people you’re entertaining. Just be open and honest about what it is and what you’re doing. I feel like that gives you a conscious opportunity about what you want to do.

If you’re too close to your exes, that’s a red flag. I’m very much in a space right now where I’m not doing anything that’s gonna compromise my peace and happiness, so I think just taking control, making sure you maintain your power, don’t give your power away to anybody… is the key to truly being happy in or out of a relationship.

On how she’s working on herself:

I was a horrible communicator and didn’t know. I didn’t realize it was that bad, but I learned. So that’s been something that I’ve actively been working on.

ALSO SEE: 15 Divorcees Reveal Subtle Red Flags They Ignored Before Getting Married | We Agree with No.3

On how her almost getting married made her realise she needed to get out there, try new things, and date on her terms:

Watch the first episode below: