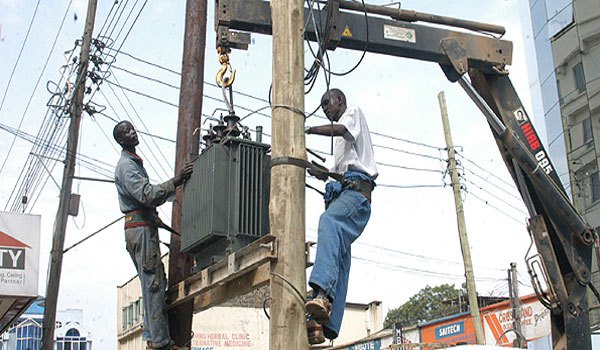 There are indications that the nation may soon experience a total blackout as ’members of the organized Labour in the Power sector have threatened to down tools and commence an indefinite strike over pending Labour issues with the Transmission Company of Nigeria, TCN.

According to Vanguard reports, the aggrieved workers under the aegis of the National Union of Electricity Employees, NUEE, as a prelude to the strike, have agreed to picket the Abuja national Headquatres of TCN Tuesday, August 16.

“You are hereby enjoined to mobilise immediately for serious picketing of TCN Headquarters and Stations nationwide over the directive by the TCN Board that all Principal Managers, PMs, in acting capacity going to Assistant General Managers, AGM, must appear for a promotion interview.

This directive is in contravention of our Conditions of Service and Career Progression Paths, and unilaterally done without the relevant Stakeholders.”

Another grievance of the workers, according to ThisDayLive, is perceived “stigmatisation of Staff from the office of the Head of Service, HoS, of the Federation from working in other areas in the Power Sector, and the refusal of the Market Operator to fund the payment of entitlement of the defunct Power Holding Company of Nigeria, Ex-PHCN, Staff as agreed in December 2019 agreement after an industrial action by the Union.”

The circular also stated that the action (picketing of TCN headquatres) takes effect from Tuesday 16, August 2022 and total withdrawal of services commences on Wednesday 17, August 2022.

The circular urged all appropriate officials of the Union to ensure full compliance in all the stations nationwide.

The Union had on May 18, 2022, issued a 14-day ultimatum to the Managing Director/Chief Executive Officer, MD\CEO, titled “Unresolved issues on the year 2021 promotion exercise and others, threatened to down tool at the expiration of the ultimatum if its grievances were not addressed.

SEE ALSO: What You Should Know About The Electricity Bill Senate Just Passed

According to the Union,

“It will be recalled that at the last National Joint Consultative Meeting held on 4th March 2022 between the Union and TCN Management, the issue of complaints arising from the Year 2021 Promotion Exercise was discussed among others.

You will recall also that the Management informed the meeting that no position/decision has been taken since the Committee set up to review the complaints completed its assignment in November 2021.

Nigerian Airlines Announce Shutdown Of Operation | See Why And When

At the said National Joint Consultative Meeting, Management promised to explore all avenues towards addressing the issues within two weeks. Sadly, two months after the Union/Management meeting, we are still in the dark with regard to management’s decision/action (if any) taken to holistically address the complaints; while the pressure from the field subsists.

For the record, the following issues have not been addressed: (1) 67) Manager to Senior Manager who are holders of NEPA Training Certificate (K1-K5) that were unjustifiably not invited for the year 2021 promotion exercise.

(2) 196 System Operators going from System Manager ,SM, to Principal Manager, PM, who passed the interview but yet to be promoted out of 262.

(3) TCN’s implementation of strange Memo HCSF/SPSO/R andWP/649373 dated 29th may, 2020 on the Re-engagement of severed defunct PHCN Staff in the Public Service after payment of severance packages which has become an instrument for victimization and disenfranchisement.

Reneging on implementation of collective agreements reached consultative meetings and lacks of robust Industrial Relations engagement are the panacea for Industrial disharmony. Premised on the foregoing, you are advised to address the above-mentioned issues within 14 days or we shall not guarantee industrial peace in TCN.”