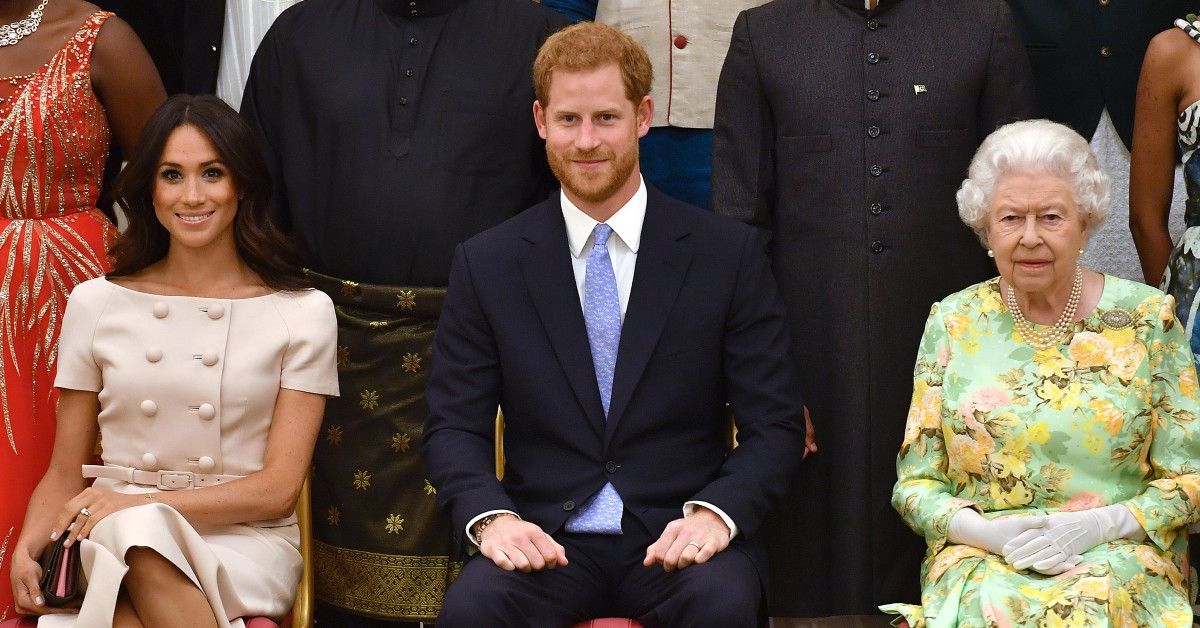 Nigerian Students Kick Against Court Judgement Mandating ASUU To Call Off Its 7 Month Strike, Give Reason

The late Queen Elizabeth II’s heartbreaking reaction to her grandson, Prince Harry and his wife, Meghan Markle’s decision to leave the royal family has been revealed.

Recall that in January, 2020, Prince Harry and his wife announced that they will be stepping down as senior members of the Royal family saying the decision came after several months of reflection and internal discussions and it will enable them work to become financially independent. (Read HERE)

As at the time, the Queen of England, who had held meetings with her son Prince Charles and Prince Harry ever since Harry and Meghan disclosed on social media their plans to stop Royal duties, released a letter stating that Harry, Meghan and their son will always be much loved by members of my family.’

She added that they have her full support and that she was proud of them.

In a new development, a source close to Her Majesty has claimed that the monarch who passed away earlier this month, was hurt and exhausted when the Duke and Duchess of Sussex quit the Royal Family.

The Queen decided at a summit at Sandringham that they could leave the firm but not have the benefits that come with being a royal.

READ ALSO: An Emotional Prince Harry Finally Addresses His Decision To Quit Being A Senior Royal

In her statement, the Queen thanked them for their “dedicated” work and added:

“It is my whole family’s hope that today’s agreement allows them to start building a happy and peaceful new life.”

However, following the monarch’s death, her true feelings on the matter have been revealed in a new book.

An excerpt of The New Royals, published in Vanity Fair, has claimed that Her Majesty confided to a close friend that she was exhausted by the decision.

They also claim it was a source of sadness to the queen that she got to see so little of her grandkids Archie and Lilibet.

And she was upset that Harry and Meghan didn’t join her in Balmoral for the annual “sleepover” she held for all of her grandchildren and great-grandchildren.

The book, by Katie Nicholl, also told of Harry and Meghan’s awkward encounters with King Charles III and Camilla after their departure.

‘I Advised My Mum To Divorce My Dad’ -Music Star, Asa Shares Really Private Details About Her Growing Up With Her Disciplinarian Dad

It claims Harry suggested he and his father use a mediator to try to sort things out. The suggestion apparently “had Charles somewhat bemused and Camilla spluttering into her tea”.

“She told Harry it was ridiculous and that they were a family and would sort it out between themselves,”

Charles III is King of the United Kingdom and 14 other Commonwealth realms. He acceded to the throne on 8 September 2022 upon the death of his mother, Elizabeth II.

He was the longest-serving heir apparent in British history and, at the age of 73, is the oldest person to assume the British throne.