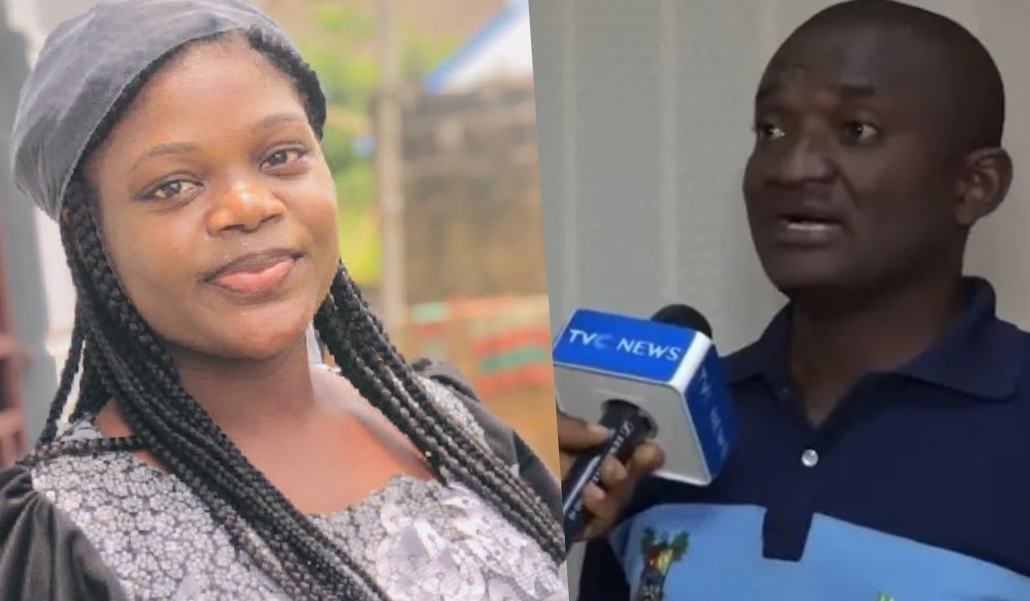 A prosecution witness in the rape and murder trial of a Bus Rapid Transit (BRT) driver, Andrew Nice Ominnikoron, on Thursday narrated how the lower part of the deceased, Miss Oluwabamise Ayanwole’s body was allegedly damaged by the driver and his accomplices.

Ominnikoron is standing trial before a Lagos High Court on a five-count charge bordering on conspiracy, murder and rape.

Recall that on February 26, 2021, the defendant conspired with others still at large and raped and killed the 22-year-old BRT passenger and threw her out of the moving bus.

He, however, pleaded not guilty to all the counts before Justice Sherifat Sonaike sitting at Tafawa Balewa Square.

On Thursday, the witness, Mr Oluwapelumi Ayanwole, Oluwabamise’s elder brother, told the court that his sister’s lower body part (pubic area) was covered in blood and badly damaged. He was led in evidence by Lagos State Attorney-General and Commissioner for Justice, Mr Moyosore Onigbanjo (SAN).

He testified that the deceased was the last of 10 children. The witness said that he found out about his sister’s alleged murder on Feb. 28.

He said that on Feb. 27, he received a call from his brother, who was based in Kano, asking about the deceased.

“I immediately called home to find out about Bamise,” he said.

The witness said that while the deceased was on the BRT, she exchanged voice notes with one of her friends, Felicia.

“I was alarmed when the friend sent the voice notes they shared on WhatsApp,” he said.

He said that the following Monday, he went to the BRT Terminal Three to report the matter but was directed to the Lagos Bus Service Ltd. (LBSL). He said:

“We were referred to two CSOs and they said that none of the drivers reported a case of a missing person. I asked to have access to their CCTV camera so that we could know what transpired in their vehicles.”

The witness told the court that the officials told him to get a police report to be able to access the CCTV ( Close Circuit Television) camera.

He told the court that he was “badly treated” at the police division he went for the report, and had to go back to the LBSL where one Mr Aluko admitted that a bus was missing.

He said that he wrote a letter to the Office of the state Commissioner of Transportation, Lagos State Metropolitan Area Transport Authority and the state House of Assembly.

He added that his family also reported the case at the Jakande Police Division where an official said that it was no longer a case of a missing person but a kidnap case.

“On March 7, someone said we should go and check Ebute-Ero Police Station. On getting there, we showed them a picture of my sister. I was told she died on the night of Feb. 26 and the police took over the body.”

The witness said that he found his sister’s body at a morgue and it was tagged unknown.

The News Agency of Nigeria (NAN) reports that the voice note exchanged by the deceased and her friend was admitted by the court in evidence.

In the voice note, the deceased said that she was alone in the bus and the driver had refused to pick up other passengers.

In the second voice note, she said that the driver had taken a lady and three males into the bus. Then, the friend  asked her if she had got to her bus stop but the message wasn’t replied.

Describing the ‘damaged’ pubic area, the witness  said,  “I saw traces of blood in the lower body part.”

At this point, defence counsel, Mr Abayomi Omotubora, asked the witness to explain what he meant by “damaged lower part.”

“My sister was a virgin. Do you want me to describe how two to three men raped my sister? I will not do that,”

ALSO SEE: ‘He Brought Out A Knife, Dragged Me To The Back Seat And…’ -Another Female Victim Of Arrested BRT Bus Driver Recounts Ordeal, Provides Evidence

Earlier, Omotubora apologised for coming late to court on Wednesday.

“It was due to an unprecedented traffic jam from Ikorodu,” he said.

The Judge, Mrs Sherifat Sonaike, held that due to Omotubora’s continued absence in court, she had directed someone else to take his position.

“I want to serve a note of warning. After today, if you fail to attend any of the court proceedings, I will report you to the NBA, and if you come back thereafter, I will report to the appropriate authority,”

Another prosecution witness, Mr Ikegwueomu Chukwurah, said that he was directed to come and present a statement of bank account of Maryjane Odezulu, an alleged rape victim of the defendant.

The witness, a Manager with First Bank of Nigeria, presented the bank account statement, and the judge admitted it in evidence and marked it Exhibit 7.

He told the court that on Nov. 25, 2021, there was a credit deposit from Ominikoron  to the beneficiary (Mary Odezulu) account.”

During cross-examination, he told the court that a customer would  not need to present evidence of employment to open a savings account with the bank.

However, defence counsel said that all deposits made into the account were withdrawn immediately.

“Those are the only meaningful deposits,” defence counsel added.

“During the period? Yes,” the witness replied.

Virtual evidence of another prosecution witness, Victoria Anoke, could not be taken due to network hitches.

Lagos State Attorney-General and Commissioner for Justice, Onigbanjo, said that the witness had come to the court three times from Delta without testifying because of  defence counsel’s absence.

Again, defence counsel, Omotubora, apologised to the court for his repeated absence.

NAN reports that the prosecution brought six witnesses to court but the court was only able to take evidence from two.

The trial will continue on Oct. 25