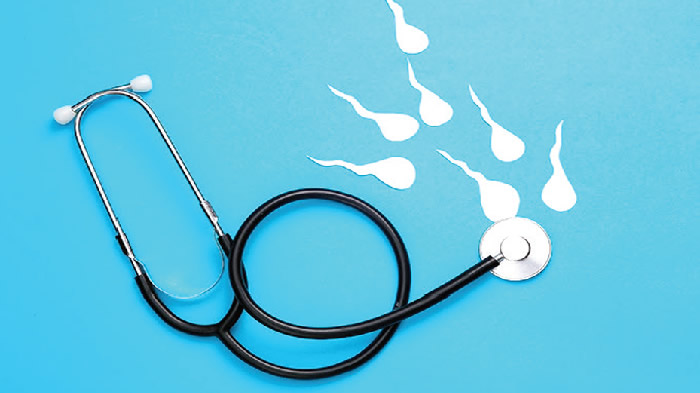 Health experts have urged men and women not to ignore some health issues concerning reproductive health, advising that they should pay better attention to their fertility health.

The experts stressed that men and women should specifically ensure that abnormalities relating to reproductive health are properly diagnosed and treated before they get married.

According to the experts, while some of these abnormalities often look like just small issues, they could negatively affect the reproductive system and pose a problem to couples’ abilities to conceive in the future.

They noted that while women should pay attention to abnormal, absent, or irregular periods before marriage, men should be alert to changes like shrinking of the testicles as it could be a warning sign.

Infertility, they said, should not be considered a woman’s issue alone as it could be caused by a man as well, stressing that couples should work together to ascertain their reproductive health status before marriage.

Speaking with PUNCH, the experts bemoaned the unfair treatment women often receive when the issue of infertility comes up, stressing that infertility can be a man or woman’s issue.

Speaking with our correspondents, the experts, Consultant Gynaecologist, Dr. Olufemi Samuel, and Urology Specialist, Dr. Olaolu Adebayo explained that while fertility challenges amongst couples are between the couple, each person has to pay attention to their reproductive system long before marriage.

They stressed that most fertility challenges usually have tell-tale signs before a man and woman get married.

According to them, if the man and the woman pay attention to their body, long before getting married, they would be able to pick up signs that could present as issues in the future.

Samuel, who is also the vice president of the Ondo State branch of the Nigerian Medical Association said some signs could indicate that a woman may encounter fertility challenges after getting married. He said:

“More often than not, most people may not be able to tell clearly if they are infertile or not, but there are some tell-tale signs that can point to the fact that a woman may be fertile or have problems with her fertility.”

He said one of such signs could be abnormal, absent, or irregular periods, adding that if a woman does not see her period consistently every month or the woman’s menstrual cycle skips some months, it could be an indication that she may face fertility issues in the future.

SEE ALSO: Male Infertility: Why Every Man Should Be Aware Of His Status

Abnormal periods in a woman, she explained, could be due to polycystic ovarian syndrome or hormonal imbalance.

“A woman that has irregular menstruation, which could be due to PCOS or hormonal imbalance, where they start having clinical signs of hyperandrogenism in which they start growing hair in their body in places women should not grow hair, when we see it, we start suspecting that the woman may have issues with fertility.”

Olufemi revealed that untreated pelvic inflammatory disease especially through sexually transmitted infections can also predispose a woman to having fertility challenges in the future.

Also, suffering from pelvis adhesion, tampering with the pelvis area probably due to pelvis surgery, and criminal abortions, he said, could indicate that a woman could have challenges with fertility in the future.

The urinary tract system, he stressed, is different from the reproductive system.

According to the expert, pelvic inflammatory diseases are usually sexually transmitted diseases that when left untreated, can cause infertility in the woman.

Speaking further, the female health expert warned that any woman who may have any of these issues should see a gynaecologist for proper diagnosis and treatment.

Also speaking, Urology Specialist, Adebayo explained that most men do not pay attention to the changes in their genitals, hence they may miss the signs that could define their fertility in the future.

Men, he said, should be alert to changes like shrinking of the testicles as it could indicate an underlying problem.

“If a man notices that his testicles are gradually getting smaller over the years, it is a sign that he may have fertility problems when he gets married.

“There’s also what we call varicocele. It is an abnormal dilation of the veins that take blood away from the testes. When this dilatation occurs some years before marriage, it may also impact the fertility of a man after he gets married.

“If he doesn’t check those things, he may not be aware and after he gets married it may become an issue for him.”

He also added that complications from hernia surgeries done by a non-expert could also affect the development of male testes and could cause infertility in the future.

He stressed that merely looking at a man’s sperm cannot tell if a man is fertile or not, adding that having a watery sperm may not be an indication that the sperm may be infertile.

He, however, noted that a man’s sperm should have some form of thickness and consistency, noting that only proper analysis can confirm if the sperm is good.