Nigerian Woman, Ugochi Mirabel Has This To Say To Her Fellow Women After She Got Married Within Two Months A Nigerian woman, Ugochi Mirabel Eric who got married two months after she met her husband has taken to her Facebook page to dish out relationship advice to women.

Mirabel, who recently got married, opined that it is not in the number of years spent together in courtship but in the seriousness or lack thereof in the plans of the men they are holding on to. she gave the advice based on her experience of getting married to her man within two months of meeting each other.

Sharing photos from the event, she wrote:

“Met on November
Bride price paid on December
Traditional wedding on 2nd January 2019
If you’re not understanding that relationship of 15 years biko let it go, it mustn’t lead to marriage ( though it works for some people), I too was in that long term relationship before I met him, don’t lose your husband cox of boyfriend. So many people are busy saying“why didn’t you both date?” And I tell you , prayer is the shortcut, once you’ve prayed and everything confirmed, biko fire down
The person I planned to play is my husband today
Congratulations to us” 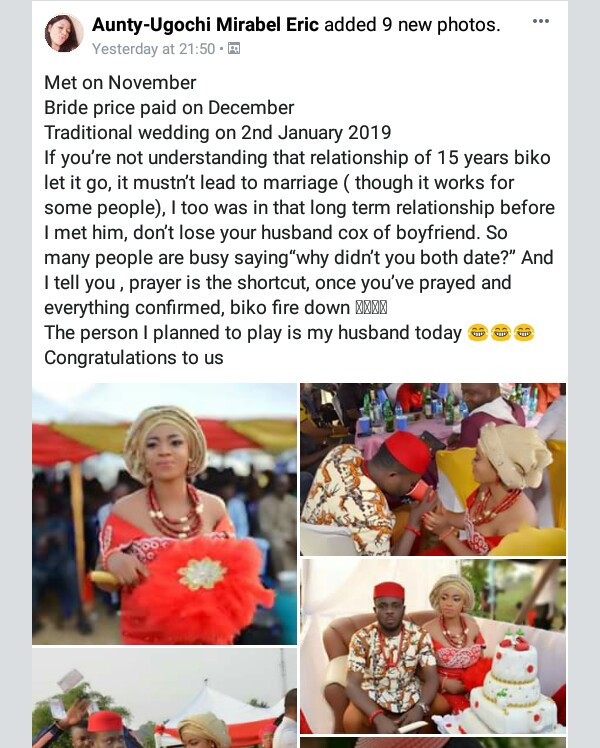