Oluwaseun Ayodeji Osowobi, the Nigerian woman who was the flag bearer at the last Commonwealth Day service in the UK, has narrated what it was like when she was diagnosed with the deadly coronavirus after returning to Nigeria. 29-year-old Oluwaseun, who is a Time 100 Next Honouree and also a leader at Obama Foundation, said she began self-isolating when she returned to Nigeria after fulfilling her duties abroad.

While isolating at home, she said she kept calling NCDC to get her tested. The test was not forthcoming but she persisted and was eventually tested, but got no information on her test result. One night, an ambulance arrived at her home at 12 midnight while she was sleeping and she was whisked off to the Lagos state isolation centre where she said no one attended to her for 2 hours.

“I got to isolation center, but no one was there to receive me. I waited in the ambulance for TWO HOURS, “ 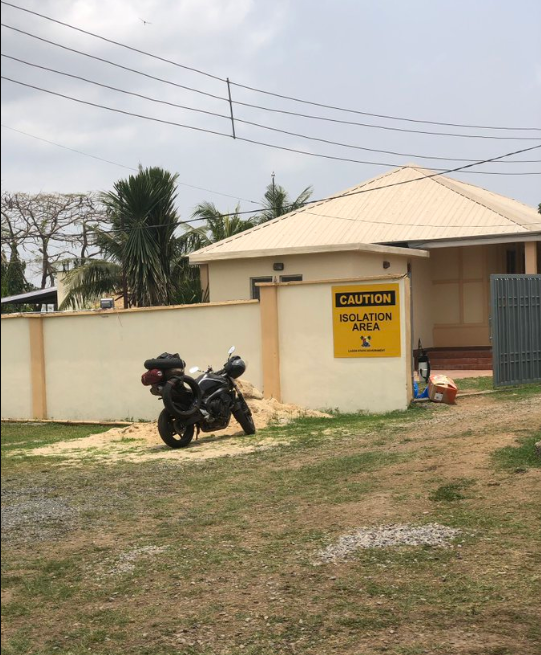 Eventually, nurses came out to attend to her and she said they treated her like a “plague”. Oluwaseun, who was named Commonwealth Young Person of the Year 2019 for her abuse support programme as the Executive Director of Stand to End Rape Initiative, said she was eventually taken into the isolation centre and shown her bed space. 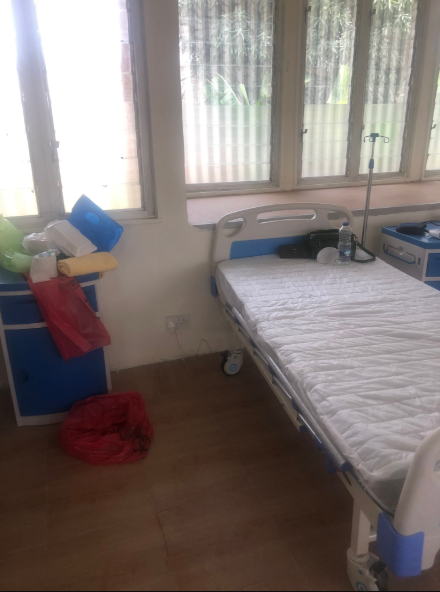 She said she felt lonely as she was the only one. But, a few days later, patients began trooping in. 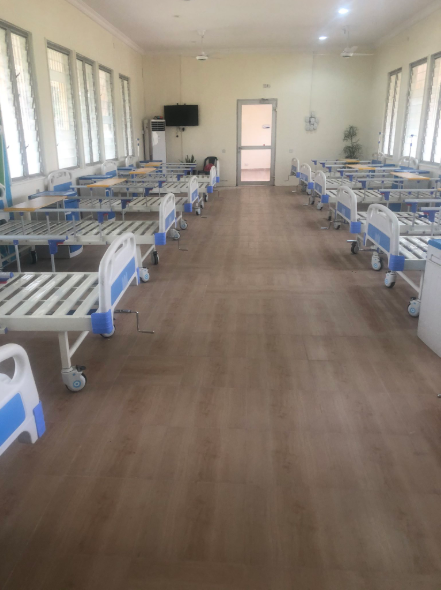 She added that the following days were tough and she thought she would die. She was stooling, vomiting, and had no appetite.

Water, food, soap & all disgusted me. But I’d look at the wall & force myself to stay hydrated — drank ORS. I FOUGHT TO LIVE! I FOUGHT!!” 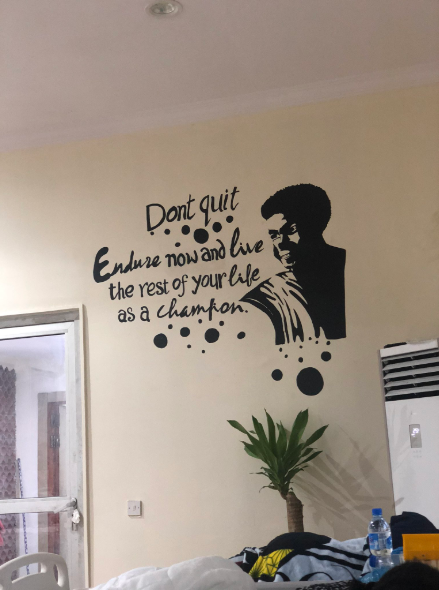 Days later, she was told that she has tested negative for the virus, but she wasn’t discharged right away. She said she was worried about being reinfected since she was still in the same ward with others who still tested positive, and she asked to be transferred to another ward. But her request was denied “as all other rooms were full”.

The doctors kept giving her drugs and carried out more tests and she was confirmed negative again. She revealed that she has now been discharged and she thanked the Lagos state governor for visiting her and the nurses at the Isolation centre for their care. She added that the food given to coronavirus patients is “good.” 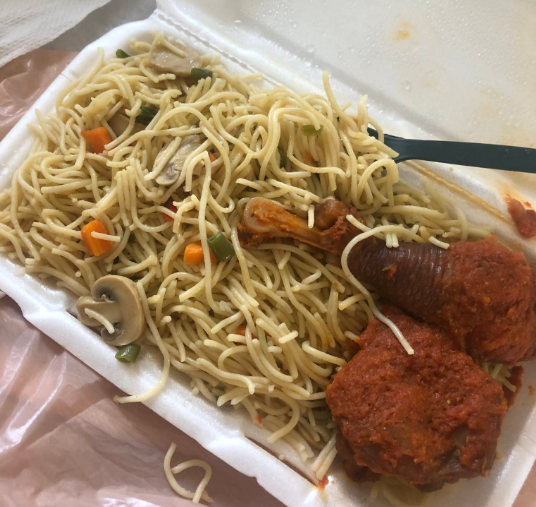 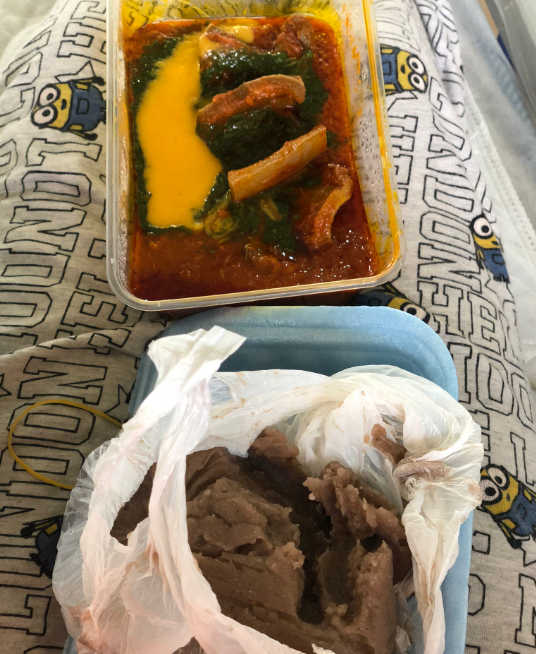 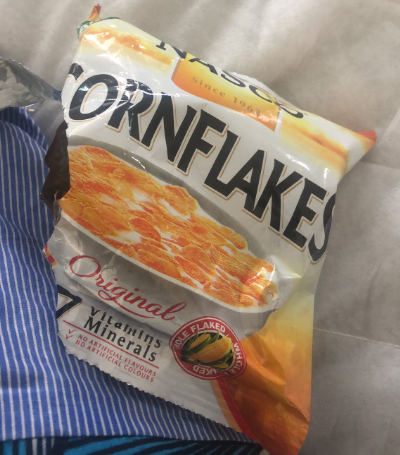 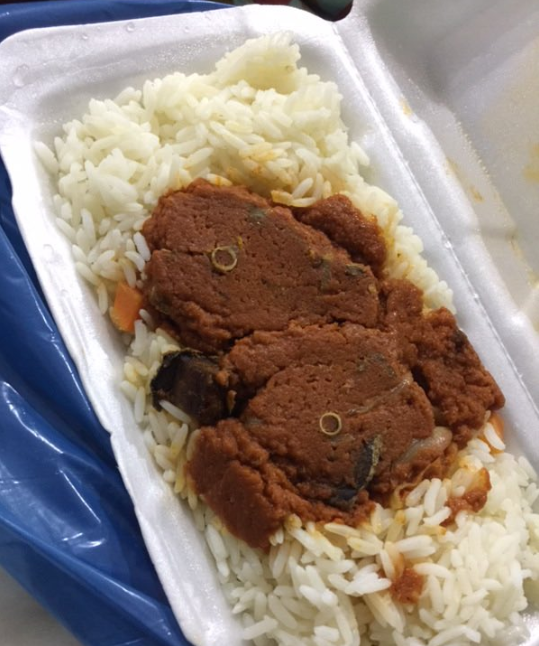 “Today, I am PROUD to inform you that I MURDERED COVID-19 & have tested NEGATIVE TWICE! I HAVE BEEN DISCHARGED! I bless God for His mercies.

“The nurses at IDH Yaba were fab. They deserve accolades for their hardwork. Thank you Governor @jidesanwoolu  for coming to see me.

“Thanks to @ProfAkinAbayomi, the health team at IDH + Lagos State. The food was good!”

Below is the full thread shared by Oluwaseun, narrating her experience.

”Life finds ways of throwing LEMON at me. I’ve struggled w/ coming forward, but I want to inspire hope.

I returned to Nigeria from the UK post-Commonwealth event (I totally enjoyed) & fell ill. As a responsible person, I self-isolated.

Days after, I TESTED POSITIVE FOR COVID-19.

Before returning, I had planned several interviews, I was scheduled to start a fantastic consultancy job & was also expecting to sign a contract worth millions.

I had to self-isolate and also inform people I came in close contact with to get tested. #COVID19

My friend & I kept calling @NCDCgov to get tested? What if we didn’t persist?

No info on my test result. At 12am, an ambulance was at my house. I woke from sleep & was crying. I got to isolation center, but no one was there to receive me. I waited in the ambulance for TWO HOURS.

The nurses eventually came out & treated me like a plague. I sat in the ambulance feeling rejected.

After two hours, I was taken to my space.

I felt lonely, bored & disconnected from the outside world.

Few days after, another patient came in. We bonded. Days later, patients trooped in.

“Are people observing self-isolation & social distancing?” I was so scared for Nigeria.

The next days were tough. No appetite. The nausea, vomit & stooling was unbearable. I’m a blood type A & #COVID19 dealt w/ me.

I thought I was going to die & contemplated a succession plan for @StandtoEndRape.

Water, food, soap & all disgusted me. But I’d look at the wall & force myself to stay hydrated — drank ORS. I FOUGHT TO LIVE! I FOUGHT!!

Days after, the Doctors shared a goodnews that I tested negative. I shared this news w/ family & friends! My blood sample was taken & I also tried to donate my plasmapheresis to help others. I hoped to be discharged.

I waited to be discharged, but for two days, nothing happened.

I was unsure of what was going on. Why haven’t I been discharged? Should I be in the same ward? Could I get reinfected? I was worried but remained calm.

On the 3rd day, Doctors said, “well, we worked w/ the info we had of you testing negative, but one result came back positive.”

“No, you’re negative,” the Doctor replied.

The Doctor apologised for the delay. I was anxious to go home but remained calm.

I wanted to be free from this pain.

I continued the medication and asked to be in a separate ward. Sadly, I remained in the same ward as all others rooms were full.

My ward had people who were positive. What if I get re-infected?

For them, I was a beacon of hope & they needed me gone to register the progress.

My family & friends were becoming anxious.

People in my ward who earlier celebrated the news of my result suddenly lost hope.
“Why are you still here?”
“You shouldn’t be here with us. You should be separated from us now…”

People in my ward muttered.

I tried to calm them.

Today, I am PROUD to inform you that I MURDERED COVID-19 & have tested NEGATIVE TWICE! I HAVE BEEN DISCHARGED!🤸🏾‍♂️

I bless God for His mercies.🙏🏽

The nurses at IDH Yaba were fab. They deserve accolades for their hardwork.

Thank you Governor @jidesanwoolu for coming to see me.

Thanks to @ProfAkinAbayomi, the health team at IDH + Lagos State. The food was good!😍

Thanks to @dondekojo for helping me get help. Thanks to my chat buddy, @akintonmide.

They protected my identity!

Thanks to everyone who called, sent messages and tried to contact me. I am grateful and well. 🙏🏽

This experience reminded me of the value of friendship. Some people I refer to as friends speculated about this, but never reached out to check. Thank you still. Back to the grind!😆

Huge thanks to my family, @Triciabiz & Sola Odetola who were my backbone. 🥰

Some stigmatised me based on a PUNCH article with subtle messages like “why did she come back to Nigeria?”😂

Coronavirus is NOT a death sentence. People can survive and I HAVE!

We should encourage people to get tested & stop the stigma.

Sending strength to everyone who is fighting to beat #COVID19. 💪🏽

To every young person out there, please give your lungs a chance to beat this. Can I encourage you to stop smoking & live a healthy life at this time? A healthy lungs is KEY!

This another phase of my life & I HAVE won! I celebrate my resilience and strength.