Charlize Theron has opened up about her personal life, including why she’s never wanted to get married. The award-winning South Africa- born actress who has never been married is mother to two adopted children, Jackson and August.

Speaking to Howard Stern on his SiriusXM show, the 44-year-old actress candidly spoke about her life raising daughters and explained her reasons behind never wanting to tie the knot.

READ ALSO: Actress And Mum-Of-Two, Charlize Theron Tells Us Why She Is Raising Her Son As A Girl 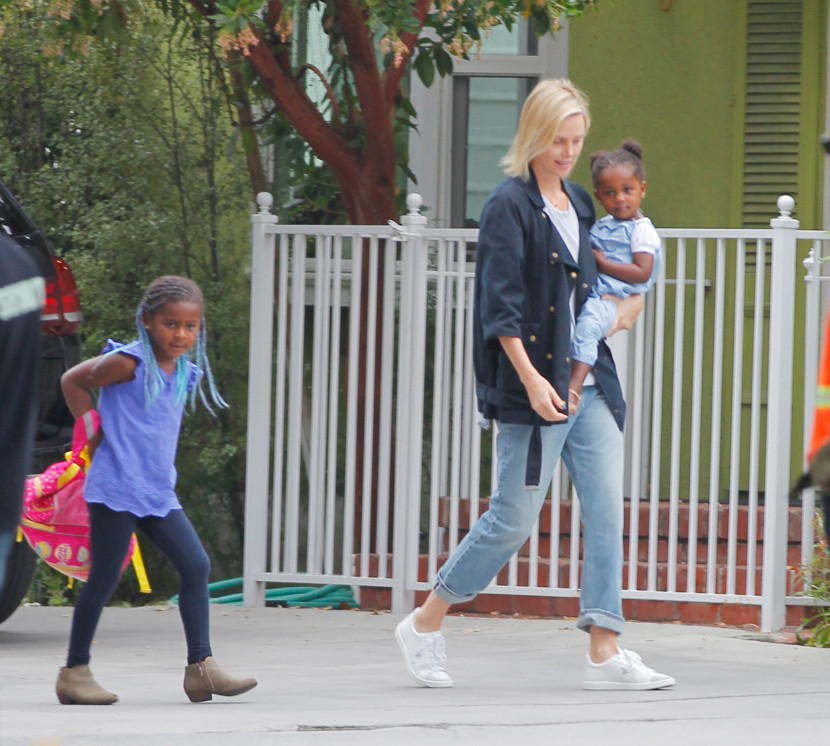 ‘I’ve never wanted to get married. That’s never been something that’s important to me.’

When Stern suggested that she wants a ‘love in her life’ as ‘you get lonely as a woman’, Theron hit back by saying her children are enough.

‘I have two great little loves of my life right now. Life is filled with love… I have never been lonely, I have never felt alone.’

Since adopting eldest child Jackson, 8, in March 2012, followed by August, 4, in July 2015, Charlize couldn’t imagine adding the role of “wife” due to her hectic schedule.

“My life right now doesn’t allow room for something like that [a romantic relationship] to happen … but there’s not this need that drives me [to find love],”

“I don’t know if I’ll ever be able to live with someone else again, to be perfectly frank.”

Theron joked that if she were to ever open herself up to love, “they might have to buy the house next” door because she still isn’t sure she can fully commit.

“I don’t know if I’m going to be able to f—king deal with that ever again,”

The actress also shutdown old reports that she was engaged to her ex-boyfriend Sean Penn, who she dated from 2014 to 2015: ‘That’s not true. I did not almost get married to Sean, that’s such bullsh*t. Communication always seems to be the answer people give when…