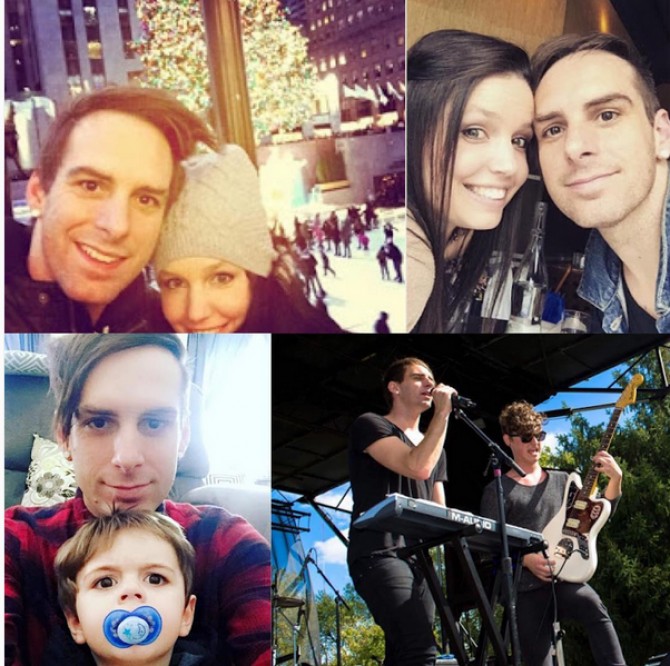 A Christian rock star and father of two has shocked many after after he recently announced in a “moving letter” to his fans that he is a gay.

According to ChristianPost, the entire Christian community has been left in total shock and disappointment by the revelation made by a Christian rock star Trey Pearson in a letter to his fans and all Christians in which he admitted that he’d been fighting the urges since he was a teenager.

”I was scared of what God would think and what all of these people I loved would think about me; so it never was an option for me. I have been suppressing these attractions and feelings since adolescence. I have tried my whole life to be straight.

”I married a girl, and I even have two beautiful little kids. I had always romanticized the idea of falling in love with a woman; and having a family had always been my dream. In many ways, that dream has come true. But I have also come to realize a lot of time has passed in my life pushing away, blocking out and not dealing with real feelings going on inside of me.

”I have tried not to be gay for more than 20 years of my life. I found so much comfort as a teen in 1 Samuel 18-20 and the intimacy of Jonathan and David. I thought and hoped that such male intimacy could fulfill that void I felt in my desire for male companionship.

”I always thought if I could find these intimate friendships, then that would be enough.”

Pearson had also revealed that up until his wedding night he’d never made out with a girl, he says that he has “mixed feelings” about the changes he’s encountered.

Furthermore, he said: ”While I regret the way I was taught to handle this growing up, how much it has hurt me and the unintentional pain I have brought Lauren, I would not have the friendship I now have with her, and we would not have our children.

”But if I keep trying to push this down it will end up hurting her even more. I am never going to be able to change how I am, and no matter how healthy our relationship becomes, it’s never going to change what I know deep down: that I am gay.

”I hope people will hear my heart, and that I will still be loved. I’m still the same guy, with the same heart, who wants to love God and love people with everything I have.”

He and his wife, Lauren whom he describes as his best friend, are trying to figure out how to co-parent their children, something that will no doubt become more challenging if he begins a relationship with a man.