Following the recent sermon by the General Overseer of the Redeemed Christian Church of God (RCCG), Pastor Enoch Adeboye, who advised youths not to marry a woman who is lazy, doesn’t know how to cook or can’t pray for at least an hour, singer Banky W took a view different from what the man of God said.

According to him, because he loves cooking, his wife does not need to bother herself about such obligations, as it comes naturally to him.
In an interview from an upcoming episode of Ebony Life TV’s Moments Nigeria, in which the topic “Father Figure” was discussed, the singer said he doesn’t mind doing the cooking in his marriage.

“I cook. My wife doesn’t need to know how to cook. I actually enjoy it.”

When Toke Makinwa, who is a co-host on the show asked if he will marry a girl that can’t cook, Banky reaffirmed his stance, saying “Yeah of course. It’s not a problem.” 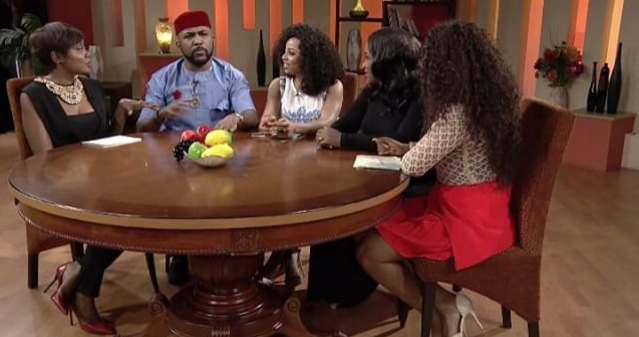 Recall that in June, 2016, during an interview with Urban Superstar Top 10, the star revealed the type of woman he wishes to marry and when asked why he is still single…he said:

“I am fine with being single and not in a hurry to walk the aisle. I think people don’t give much attention to marriage but the ceremonies and I am not going to let that push me until I am ready….my kind of woman is someone that is beautiful, she has to be beautiful because that is what will first attract me to her and she must be God fearing, she must have a sense of humor and be independent.

Fab Mum, Damilola Adegbite Gets Candid About Love, Her Marriage And Divorce

”She must love music, she mustn’t necessarily know how to cook cos I enjoy cooking myself, she should be ambitious and have a career and have her money, no one wants a lazy woman”