News Around the World, Relationship 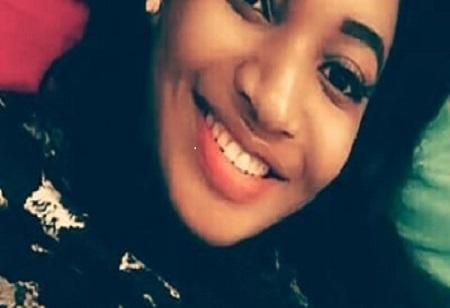 A pretty lady has been left shattered and heartbroken after finding out on social media that her fiance, Taiwo of 3 years married another woman over the weekend.

The lady, Shalom Miriam Shehu from Borno State who is an Editor and graduate of Hebrew University, Jerusalem shared the heartbreaking news in a series of tweet after she found out via Instagram about their traditional wedding.

She even went ahead to curse Taiwo for marrying another woman and having the audacity to call her after his wedding to still profess his love for her. 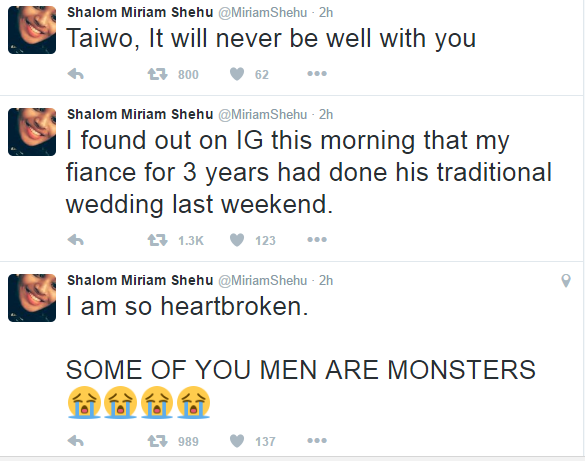 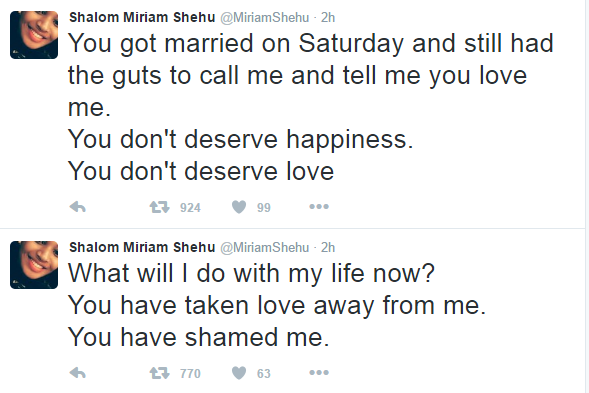 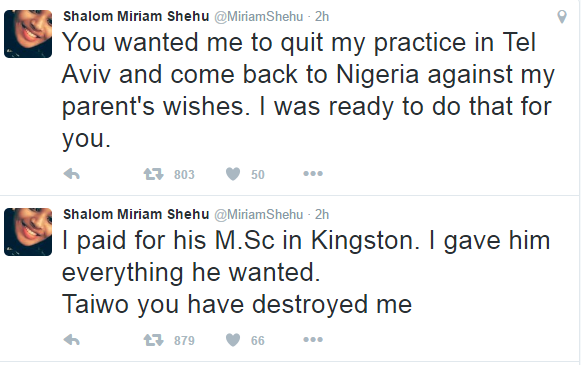 The man in question, Taiwo spoke up to clear the air on what actually happened via Twitter…

“Miriam did NOT single handedly finance my Masters’ programme…in total, I spent close to £5000, what is she? A philanthropist? Fine, she did take care of some bills and boxed me up when I needed credit. My parents and I financed my program. Make no mistakes.

Just like a lot of relationships don’t work out, ours too just didn’t. Yes, I engaged her thinking I was ready to spend my life with her. I really did love her back then, but she did something very strange, shameful and unforgivable to me.

I won’t share the details because I don’t want to snitch on her or make her look unfit for subsequent suitors. I’m not that guy to discredit or spill your secret in the open just because we ain’t an item no more. So I keep her secret secret.

I never wanted to come back to 9ja to settle or work, but I had to leave coz d more I stayed around her, the harder my chances of movin on. She forced my hand by doing what she did. I really did love her and everyone around me saw it.

Some of you might ask why I didn’t breakup before leaving ….Miriam is very unpredictable. She could shoot me or sum’n. I am no fraud. I’m a responsible guy. What I had with Miriam was real. I just had to leave because of her ‘secret’.

I can’t marry someone I know has that ‘secret’ and love her with the entirety that I should. That was why I took a walk. I wish her the very best in her future endeavors, btw, she should stop cursing or she may keep it at, I did her no wrong. Move on, dear.”