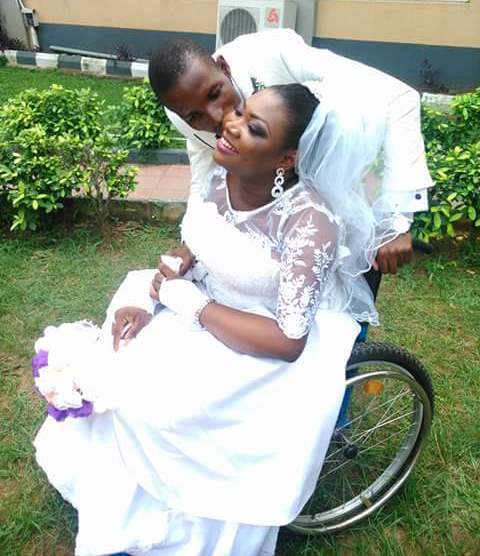 Don’t Be In Denial: 8 Signs That Your Child Is Overweight

‘Constance Onyeka, a physically challenged pretty lady confined to a wheelchair and her husband, Isaac Obasogie melted hearts of  many Nigerians last year, when photos from their wedding ceremony went viral (read here).

After falling in love in University, Isaac and Constance got married in July, 2016, against all opposition. His family didn’t congratulate him or come for his wedding because his bride uses a wheelchair.

Despite all this, Constance is not discouraged. She’s a gospel singer, motivational speaker and also makes beads, while Isaac is out of work at the moment. 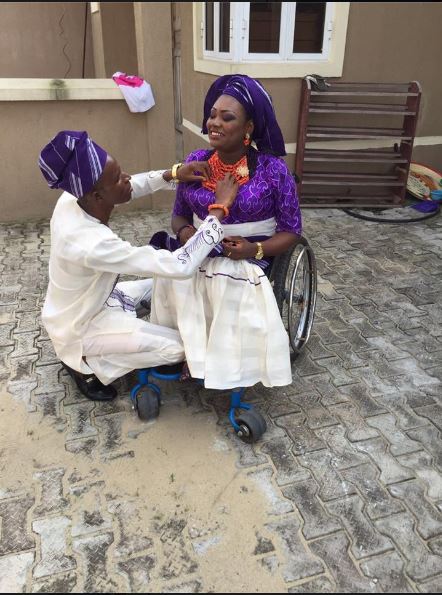 Isaac and Constance shared their love story in an interview with Kemiashefonlovehaven. Here is an excerpt:

Where did you meet each other?

Constance: In 2009 at the Delta State University, Abraka, where we were undergraduates. Isaac came to check on my roommate.

Isaac: I went to see a lady called Nancy because she had a message for me from my dad. As I entered the room, I observed that a particular bed was high and I asked who was using the bed. Nancy explained that her roommate is on a wheelchair. Though Constance was not around that day, as I was about leaving the room, the spirit of God told me, “Tell her that she can walk.”

I told Nancy and she said, it’s true because Constance knew that she will still walk. I visited Nancy again and luckily, I met Constance.

Constance: I had gone on a trip to Lagos and when I returned; Nancy told me what he said. In 2010, he came to check on Nancy again, who wasn’t around and I saw him for the first time. He left. He came another weekend and we started talking about me and how I coped with my challenge. He asked how I was making it to class. I explained to him that a friend helped to take me for lectures which wasn’t regular. In the first semester of my 100 level, I missed a lot of classes due to this. So, Isaac volunteered to be taking me to and fro classes and church. He now assured me that as long as he was in school, he would come to take me to class and church. I didn’t believe him initially but he came. He was studying Physics Electronics and I studied Mass Communications. We worked around our time-tables and he would have shuttle between campus, my hostel and his. 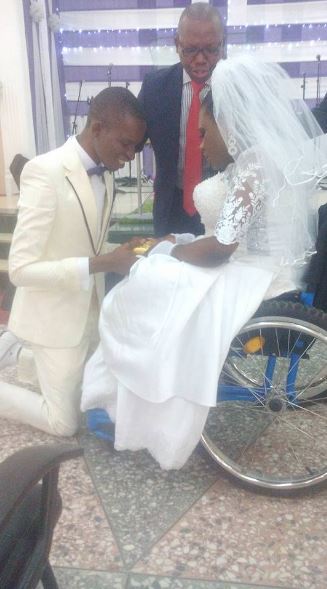 What was the attraction to you when there were other girls who were not challenged?

Did your family members know her as your fiancée?

Isaac: No, none knew. They knew that I had a friend who is on a wheelchair, a gospel artiste, who we went out to minister together. They never knew we were courting.

At what stage of the friendship did he ask you out?

Constance: Almost a year after he met me. After my graduation, we came to Lagos and a year after, he got a job. I got mine two days later. But he lost his job after six months in 2015. I am still working though.

I was going to work one morning when a man on motorcycle snatched my bag! It contained my phone and other valuables. During break at work, Isaac came and we went to MTN office to retrieve my line. It was then he decided to propose to me.

Why did you propose on the day her bag was snatched?

Isaac: I wanted to make her happy and I knew a proposal would do just that.

When you told your parents that you were getting married, what was the reaction?

Isaac: They said never! I told them that this is what God really wants for me. They said that I am the first son of seven children and that it’s a shame to the family. My father didn’t agree and said I should go and marry but he would not come.

Did they come for the wedding? 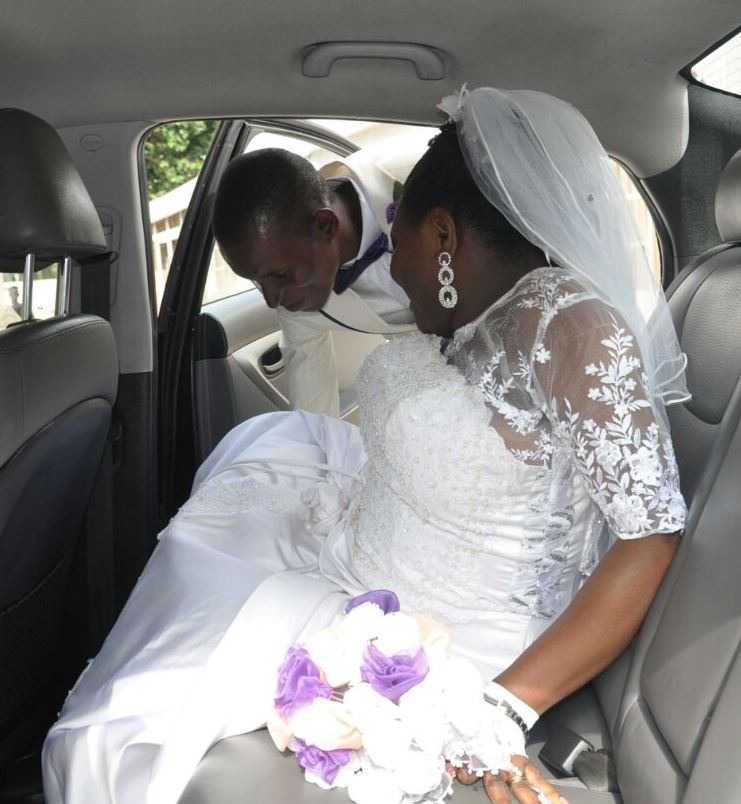 But they must have heard and seen on social media?

Isaac: Yes, they saw it and my eldest sister called to congratulate me. Others, my parents and younger siblings didn’t. I have not called my father but I intend to apologise for disobeying him. However, if I had married a woman not challenged our wedding would not have been celebrated like it was. I pray that nothing will separate us and I know she is going to walk.

Trying To Get Pregnant? These Simple Tips From Dr. Harvey Olufunmilayo Will Be Useful

How did you feel when you didn’t see your in-laws at the wedding?

Constance: I felt sad but I know in this part of the world, it’s not easy accepting a condition like mine. I believe it a lack of understanding and that with time they will understand. I put myself and my parents in their shoes and tried thinking of the reactions. I just believe that parents should allow children take some decisions of life without hindrance. In life, one should expect good and bad experiences and mine is no exception. With faith, we will conquer.

Is this challenge from birth?

Constance: No, according to my mum, it started when I was two years old and before then I was walking. I fell ill, was taken to the hospital in Benin. It was leg pain and I could not stand on the leg. The doctor said he was going somewhere. That was around 1986-87. They took me home, next day she went to another hospital and I was paralysed and could not walk or talk again. No hospital admitted me and I was taken to a Chinese hospital, where it was diagnosed that all my nerves had collapsed. I always thank God because now I can talk, I’m a songwriter, a poet, I sing and I do all sorts. I went to school, graduated, have a job and now married. I know very soon we will have our children.

How do you cope with a physically challenged partner?

Isaac: Well, since she is the one employed now and goes to work, she cooks everything in the morning. We have structured our apartment in a way she can move around freely with her wheelchair. She washes clothes and we do chores together. When I was working I would take her to the office and then go to my office.

Constance: Whenever he is not around, a tricycle operator helps transport me to the office. I’m coping very well.

Do other women try to discourage you?

Isaac: No. My mind is made up that this is who I want and who I will spend the rest of my life with.

Aside your job, what else do you do?

Constance: I’m a gospel artiste; write songs, and a motivational singer. I have over 300 songs that I have written. I also make beads. All the accessories I used for my wedding were designed by me.

This is a proof that love indeed knows no disability!