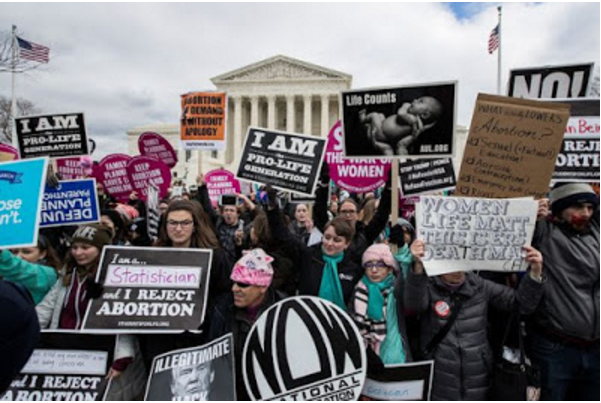 Male rapists may soon be able to sue their female victims if they try to have an abortion without their permission, as a result of a new act which may soon be passed into law in American state, Arkansas.

The pro-life law, which was pushed through in just two months by the state’s Republican government, prohibits all dilation and evacuation (D&E) procedures, in which the physician removes the foetus from the womb with surgical tools.

Furthermore, the act stipulates that a pregnant woman’s husband will have the power to stop her from having an abortion, even in cases of spousal rape, under a new law introduced in the US state of Arkansas.

Also, a clause in the legislation also states the husband of a woman seeking an abortion, if he is  the baby’s father, can file a civil lawsuit against the physician for monetary damages or a court order that would prevent the doctor from going ahead with the procedure.

Also, the victim’s  parents or legal guardians can also sue to stop the abortion, if she is a minor.

The shocking act could come into effect as early as the month of March.

In addition, a husband cannot win money in cases of ‘criminal conduct’ against his wife such as spousal rape, he could still sue to block her from having the abortion.

According to the American Medical Association, D&E procedures are the safest way for women to end their pregnancies after 14 weeks of gestation. But the medical procedure will now become a felony in the southern state, punishable by a $10,000 fine or six years in prison.

“There is zero part of me that understands why a rapist or someone who got someone pregnant against their will, maybe incest, would have any right in that decision. I cannot wrap my brain around the fact that there would be anyone who thinks otherwise”

However, a representative of the state, Andy Mayberry, who co-sponsored the bill, called D&E a “gruesome, barbaric procedure”, adding that the routine procedure “is one that no civilized society should embrace”.