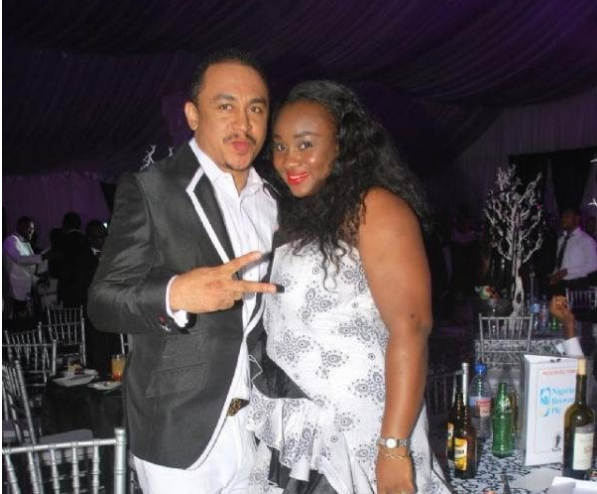 Ex-wife of popular media personality, Daddy Freeze of Cool Fm, Opeyemi Olarinde, in an exclusive interview with BellaNaija opened up on the events that led to their separation few years ago.

The mum of two stated that she wouldn’t have a stranger speak up for her as two social media accounts with the same name @andelasmith – have been making several allegations against Freeze, real name, Ifedayo Olarinde in the past couple of days (read here).

According to her, she has shared her own side of the story with the permission of her children.

On their marital status:

I am still in court with him. Our divorce is not final, we’ve not even had a trial. The issue now is the last time we went to court the judge wanted to speak to our children (as they) were also involved in the abuse. My son has a kneecap that was broken when he tried to cover me when his father was beating me. He is just learning how to walk properly again and started playing football in January.

A lot has happened and I’ve kept quiet because I don’t know how to handle this. I kind of saw all this coming though because when I was leaving he threatened me that if I left he will destroy me on social media because he has the power to do so as I am nothing and he is everything and there was no way I was going to survive without him.

On how our kids are coping with this:

We went on holiday to an African country and when we got back the first thing my daughter said to me  was, “Mummy I’m so glad this is the house we came back to, and not VI.” This is a situation where there was abuse every day.

A year before I left I had to stay in my marriage and be called Benedicta. I have enough evidence with my lawyers that will show all the abuse I went through. He cursed my son for covering me up while he was hitting me. My kids are in a much better place now and are happy. We live in a better situation and a more positive environment.

My kids and I watched an interview he did and thankfully they didn’t cry. They just laughed. I thank God that they are healing.

On why she has decided to speak up now:

He is the only man I’ve ever known for that long, so I didn’t exactly know how to handle what happened to me. There was no go-to book or counsellor; my not responding then was me broken, confused and lost. He used to beat me and put her on speaker phone and say “look I’m beating her and she has refused to leave” then she would scream at me to get out of the house. But I didn’t have anywhere to go.
I had no exit strategy but at the end of the day, I had to leave because if I had died that is how the story would have ended.

Right now reading all that stuff I read yesterday (Wednesday), I have no idea who the person is behind the Twitter account, but I am not a coward and if someone has come out with 100% truth of what happened, then I will speak up.

A stranger can’t be fighting for me and I’m quiet, so I decided to come out and say yes it is true. He was given a court order to stop humiliating me on social media but he hasn’t stopped.

I asked them (my kids) for their permission before I did this interview and my daughter goes “mummy you’ve been quiet, and it’s almost like you are afraid of him” My son said “mummy you’re afraid of daddy even though we’ve left” I had to let them know I’m not afraid of him and that’s why I’ve decided to speak up.

On why he is doing what he’s doing:

He was born into an abusive family, so I sort of understood where he was coming from. That was one of the reasons why I stayed so long. Even when people asked why I stayed with him when I was admitted into the hospital in 2006, I told them this was someone I basically grew up with, there was so much we had ahead of us so I wasn’t going to walk out on him.

If not for my kids I can assure you I would have still stayed and he would have killed me, just because I didn’t have anywhere to go. He kept everybody away from me. I  think he is disturbed, and this may be his own way of crying out for help.