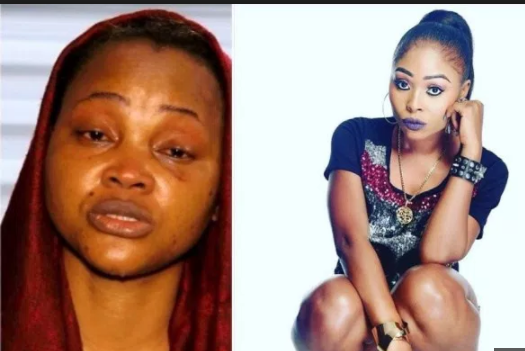 One of Big Brother Naija 2017 housemates, Cocoice has reacted to Mercy Aigbe‘s ‘tell-all’ interview over domestic violence she endured in her 7 years of marriage (read here) to Lanre Gentry.

The rapper gave a brief narration of how she had managed her own domestic violence crisis with a former boyfriend. According to her, her ex boyfriend beat her the first time, begged her, only for him to beat her ‘like a drum’ the next time.

The celebrity who stated that she called it quits after the second beating, is now urging women who are physically abused to leave the relationship and seek help.

Veteran Actress, Ireti Doyle Opens Up On Her Wrong Choice Of Marriage To Patrick Doyle, Confirms Divorce From Him 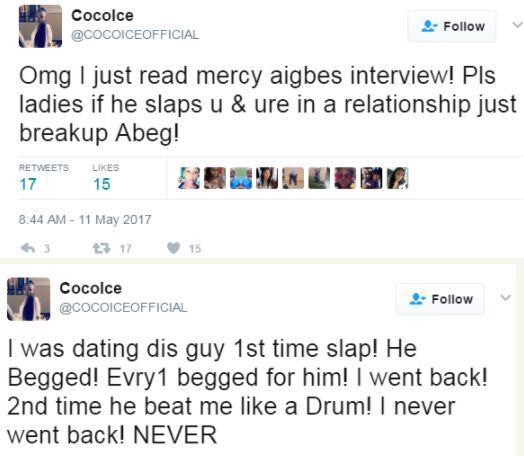