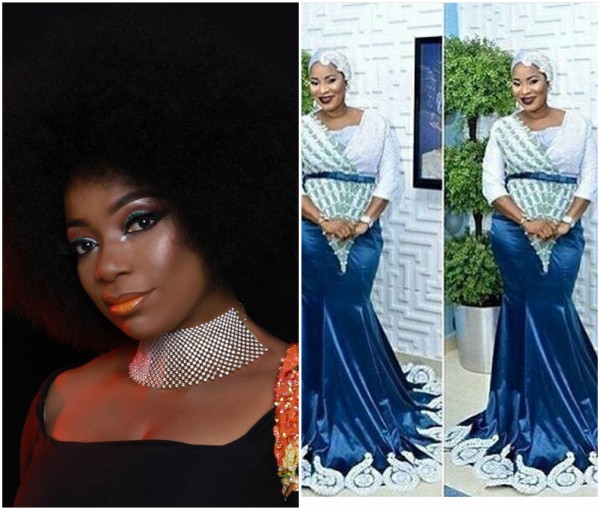 Dear MIMsters: I Got Married for the Wrong Reasons But it’s Hard For Me to Leave

One of the most vibrant and hardworking Nollywood actresses, Bimbo Akintola took to social media to pay tribute to her colleague, Moji Olaiya who was buried in Lagos on Wednesday (read here).

In her tribute, Bimbo mourned Moji and also explained that she couldn’t attend her funeral because she was at work.

A troll who didn’t buy her excuse for putting work first before her late friend and colleague, attacked her in the comment section.

Bimbo, on the other hand wasted no time in slamming the troll. 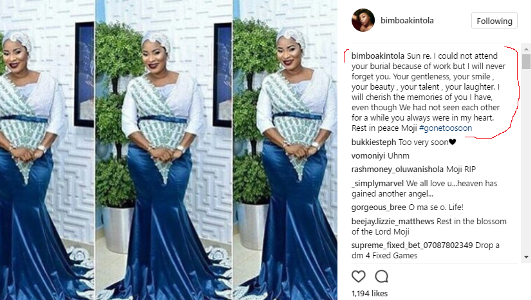 “Sun re. I could not attend your burial because of work but I will never forget you. Your gentleness, your smile, your beauty, your talent, your laughter. I will cherish the memories of you I have, even though We had not seen each other for a while you always were in my heart. Rest in peace Moji #gonetoosoon” 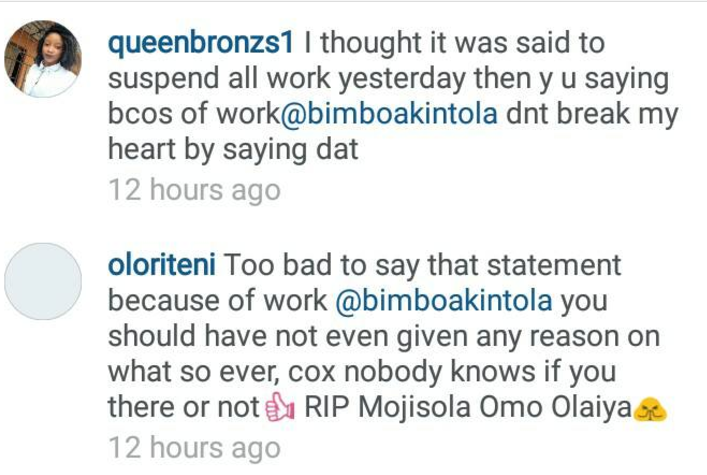 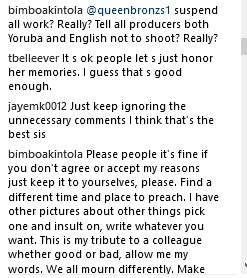 Here is what Bimbo said in response:

Deyemi Okanlawon’s Heartfelt Note Of Appreciation To Wife Is Everything!

“@bolanleakinkuade I will block you after this. You are such an idiot to bring money into this. Who gave you the impression that actors are rich? So having been paid for a job you think I should have told the producer and everyone else that I wasn’t coming? Do you have any idea of what professionalism is?

You monkey, Taiwo Ajayi Lycet lost her husband during a show and finished all performances before telling anyone. That’s my background you animal. You come on peoples pages and open your mouth without an idea of the persons torment or sorrow. When my mother went for her operation I was here working because I had accepted the jobs. People like you make me sick. Everyone wants to come out and rant at an actor. You were obviously raised without any sort of training. So all the people that were not there didn’t care? I normally ignore insignificant fools like you but you picked a wrong time to run your diarrhoea mouth.” 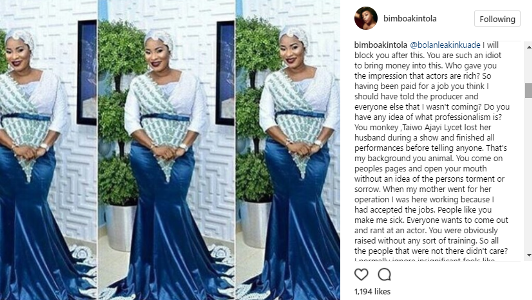 WOW! Bimbo was not happy at all.