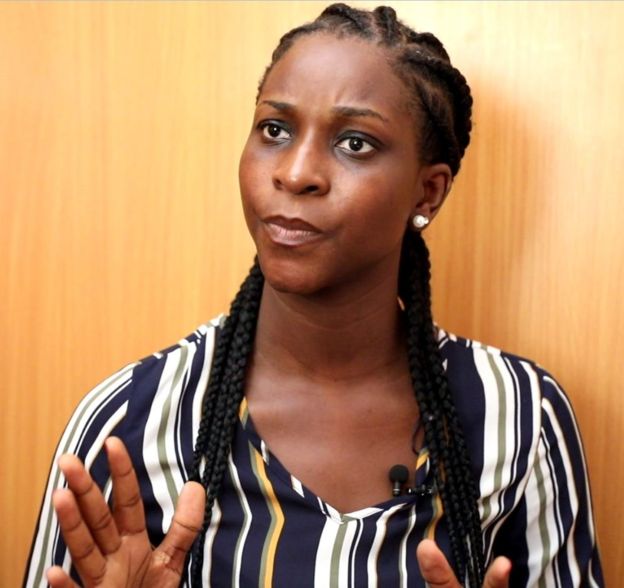 Why VP, Yemi Osinbajo Daughter’s Wedding Will Be Low Key

Titilola Vivour -Adeniyi, the young dutiful lawyer and coordinator of the Lagos State Domestic and Sexual Violence Response Team, DSVRT, has revealed that some parents make it easier for their children to get sexually abused.

The vibrant Legal Practitioner and Public Administrator made the revelation in a chat with TheNation, while revealing the factors fueling sexual violence.

According to her, parents leaving their wards in the hands of neighbors has overtime made it easy for an abuser to abuse them. She added that some men with erectile dysfunction who have abused little children said they did it because the little children will not laugh at them.

”According to the data gathered from our research, the first factor is the abused abuser factor. Another factor was that some people said they had poor performance with their peers –this is real data.

Some said it was as a result of poor erectile dysfunction and they were tempted because the children obviously would not laugh at them. However, it is important to state that some people actually make it easier for children to be defiled.

The idea of leaving children with neigbours is condemnable. Parents are not supposed to leave their precious jewels with any kind of person. Perpetrators don’t just pounce on children, they groom them.

They gain their trust, get their confidence and it can start with something so basic but you will be amazed what that can do to a child over a period of time.

Some people will say why didn’t the child speak up? It’s because the child did not know better and that is the danger we have in sexual violence.

Society most times often blame the victim, even when it is a child. These are the things perpetrators take advantage of and use to groom children” she said.

On the popular believe that many victims of sexual violence are often discouraged from pressing charges as a result of delayed justice, the coordinator said;

”The testimony of the child must be corroborated; that is why we ensure that the police conducts proper investigation and that is what has informed our engagement with the Nigerian Police Force in terms of training, empowering and equipping the force with relevant materials.

That is one of the reasons why we have relevant support units across 11 divisions in the state. When it comes to legal issue, you cannot be emotional and sentimental, it is facts that can be proved and the evidence.

That is why the police is critical because they are the first respondent. There are also the role medical officers play; if a survivor presents himself early, it is very likely that evidence can be preserved and that will help aid investigations.

A DNA lab was launched in November, it is at Odulami Street in order to help victims of sexual violence to able to preserve evidence and ensure justice.

In the DPP, we also have the Sexual Offence Unit dedicated to addressing these issues. At the High Court, we have the sexual offence and domestic violence court, so we expect that we start to see an increase in the number of cases that get to court as well as an increase in conviction. We will also start to see a reduction in the time it takes to prosecute these cases.”