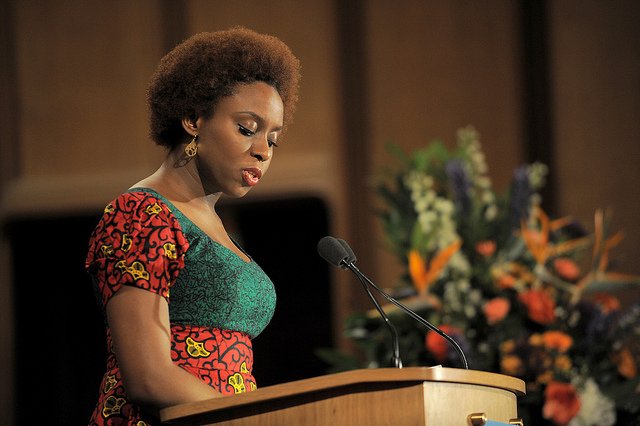 Wedding Bells! Gbenga Daniel’s Handicapped Son Is Getting Married to His Best Friend

Nigeria prominent author, Chimamanda Ngozi Adichie, has revealed how she was molested at the age of 17 by a big man in the media.

The renowned writer, who spoke at the Stockholm Forum for Gender Equality, told those present at the event, that a ‘big man in the media’ who she felt would support her quest to have a book of poems published, did the unspeakable.

The super mama narrated how the man slipped his hand under her clothes and then into her bra to squeeze her breasts within minutes of praising her for writing a book.

“I had written a book of poems and taken it to a big man in the media who I felt would support my quest to have it introduced to the public, but was dumbfounded when the man who had earlier praised me for writing the book did the unthinkable.

He slipped his hand into my bra to squeeze my breasts. Then I was so shocked that I did nothing for seconds but then, I pushed his hand away, gently, nicely, because I didn’t want to offend him.