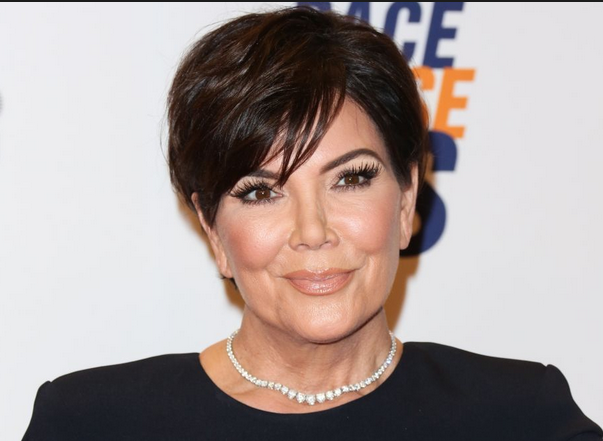 A Paeditrician, Dr. Tolulope Otuneye Advocates For Seeking Early Breastfeeding Help And This Is Why

It’s welcoming to have celebrities use their platforms to create awareness on important issues. This week, on that lane is none other than American television personality, Kristen Mary Jenner.

On Wednesday night, the mom-of-6 took to Instagram during her screening and encouraged followers to get theirs done in honour of the people in their lives.

”I spent my morning at the Medical Center with this little baby today… just reminding everyone to go get their Mammogram!! So important and can save lives.

My Mom, MJ is a breast cancer survivor and so are dozens of my friends. Do this in honor of your loved ones I know all of us have someone in our lives who have dealt with cancer. Love you guys!!! ❤️????❤️????.”

Some of us have walked alongside someone going through a cancer journey, or in the least; given our support from a distance so we know how hard it is.

The particularly poignant part of Jenner’s post is the reminder that getting screened, while not particularly fun, is really a gift you can give your loved ones. Being proactive is so much a part of the fight against cancer.

Later Jenner took to Instagram again for a follow-up.

”Ok guys, thank you for all of your comments about my mammogram… so after I had the mammogram this morning I also got a breast Ultrasound with this machine, just to double triple check.

This took about 15 minutes each side and gets under the arm, breast and nearer the chest in the middle … didn’t hurt at all just some pressure…and very thorough…some of you mentioned even more extensive testing so I thought I would share. #informationispower#bilateralbreastultrasound.”

READ ALSO: 10 Self Health Checks Every Woman Should Do (Part 1)

While there are factors that go in to treatment, overall, the Komen Foundation has said that a main factor in survival is the stage of the cancer when it is diagnosed. Invasive breast cancers, when diagnosed in stage I and II, have a better prognosis than those caught later, or those that have spread to the lymph nodes.

According to the Komen Foundation, when cancer is localized — meaning the cancer cells haven’t spread — the five-year rate of survival is as high as 99 percent. When it is regionalized — the cancer has spread but only a limited amount — the five-year survival rate is 85 percent.

And when it is distant — the cancer has spread around the body — the survival rate is 27 percent. So screening and catching early make a huge difference!

It used to be that screening was recommended by the American Cancer Society every year, starting at age 40. But in 2015, new guidelines were set that recommended women who are at average risk of breast cancer should have the choice to have a mammogram if they wish, from ages 40 to 44, have annual screenings from age 45 to 54 and every two years from age 55 and above.

But some women do choose not to get mammograms for a variety of reasons.

CBS News reported that some women may be concerned about a chance of a false positive leading to more invasive testing that might not be necessary.

Additionally, it was also gathered that mammograms don’t catch all tumors, since denser breast tissue among younger women can obscure results, or slower-growing tumors in older women might not show up in time.

That’s why the American Cancer Society recommends breast self-exams starting in a woman’s 20s, so she knows her own body and be on the watch for any changes so that she can quickly address it.

It’s absolutely true that every woman has a choice and we have to do what we consider the right thing. Nonetheless, mammograms seem to be the the simplest diagnostic tool we have at the moment, and it is a relatively painless way to put ones mind at ease for at least another year.

This, Jenner’s latest post is help to remind us of.