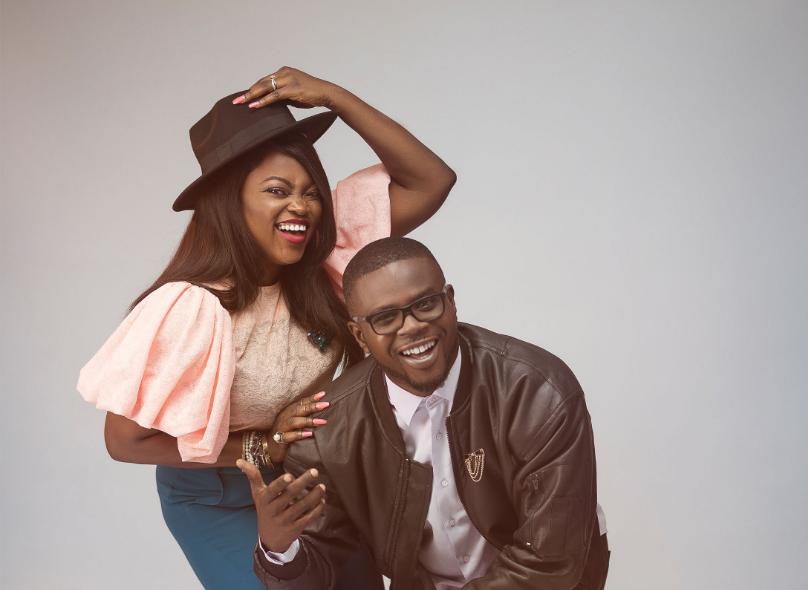 How “My First Marriage Made Me Terribly Depressed.” – Daddy Freeze In Reaction To DJ Xgee’s Alleged Suicide

It is no longer news that the latest dad in town, Abdul Rasheed ‘JJC Skillz’ Bello, 41, is married to one of Nigerians favourites, Funke ‘Jenifa, Akindele, however, what can be taken as news is the genesis of the union.

Recall that sometime in year 2016, without foreknowledge about the two of them being an item, the news broke out that they had had a secret wedding a day to the new-mom’s birthday somewhere in the UK, which left many people stunned.

Well, the genesis has been revealed by the rap artist.

Taking to his Instagram page, JJC recounted how the journey started.

According to the dad-of-6, he was in a dream sometime in 2012 in which he heard that he was going to get married to Funke but the latter refused his proposal, and as a result, he waxed an album for her telling her to save the last dance for him.

A year after, Funke gave JJC a call and…

“I have to testify ???? God is great ???? I had a dream one night around Christmas 2012 that I will be married to @funkejenifaakindele and believing in the mighty God I trust ???????? I approached and she didn’t believe me. Daaaaah ???? Lol ???? A week of romance Ended ???? We broke up and I wrote this song to send a message of what is to come. ???????? My God has never lied or lead me astray ???????????? A year later she had a calling to find me and so the story continues. The Master architect is at work. #Godisalive#listentoyourdreams#havehope“