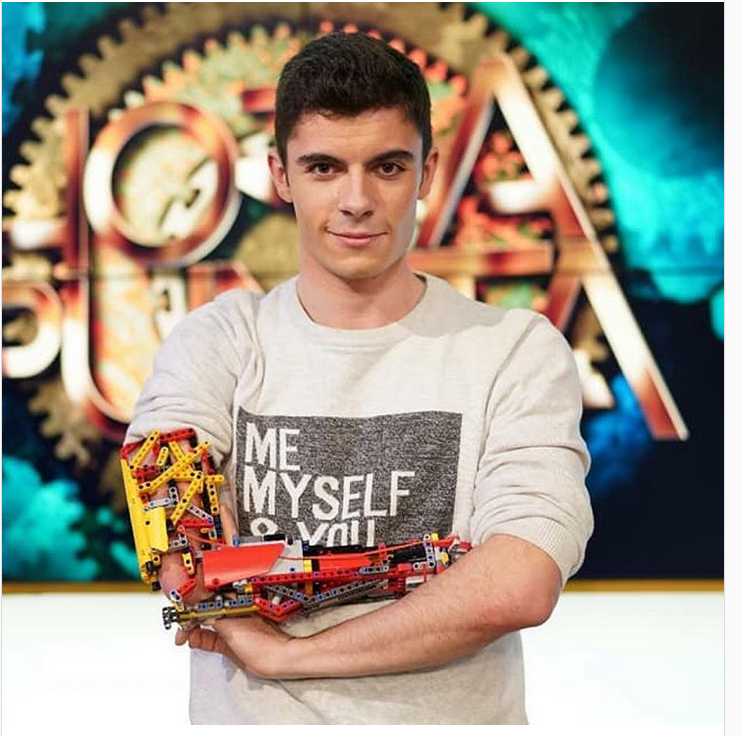 To Let Parents In On How Paedophiles Groom Their Victims, Police Release Graphic Exchanges Between Two Men Plotting To Rape A 3-Year-Old Girl

An Andorra-born teenage boy, David Aguilar who was born without a right forearm because of a rare genetic condition took his childhood love of Legos and turned it into a working, robotic arm for himself.

While other kids were simply snapping bricks together any old way or working off models, he engineered his first basic arm at the age of 9.

READ ALSO: Inspiring! See How Once Homeless Teenager Made The Best Of His Situation

“As a child I was very nervous to be in front of other guys, because I was different, but that didn’t stop me believing in my dreams. I wanted to…see myself in the mirror like I see other guys, with two hands.”

READ ALSO: What Your Child Needs To Know Before Becoming A Teenager

Fast forward to 10-years later, Aguilar who is now a 19-year-old Bio-engineering student at Universitat Internacional de Catalunya, Spain; is still using lego to make a difference. He is on his fourth robotic Lego model arm, which can bend at the elbow joint with an electric motor and a grabber.

The smart kid who claims he rarely uses his robotic arm because he’s self-sufficient without it, says he’s not as focused now on what others think of him as on what he can do for others.

Aguilar operates a YouTube channel called Hand Solo to show people that someone with a disability won’t be stopped and anything can be achieved. He posited that after graduation, he would like to create affordable prosthetic for people in need.

“I would try to give them a prosthetic, even if it’s for free, to make them feel like a normal person, because that is normal, right?”

Talk of making lemonade out of the lemons life gives you.