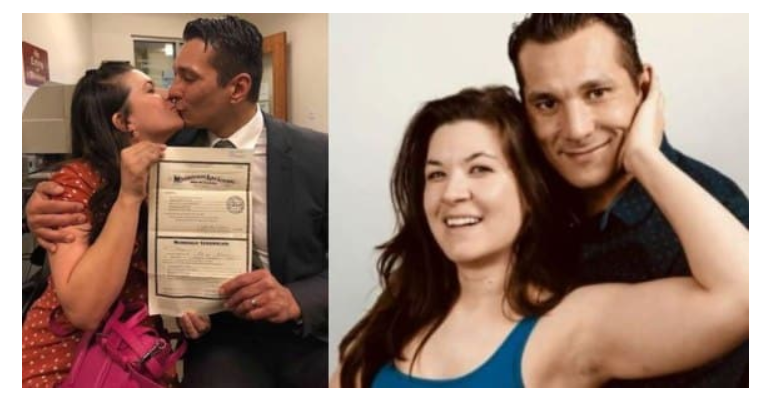 First cousins Michael and Angie Lee, who were denied the opportunity to get wedded to each other in Utah, due to their state law, traveled hundreds of miles from their home in Eagle Mountain to Grand Junction, Colorado; on Monday, to tie the nuptial knot at the courthouse.

Their home state only allows cousins over the age of 65 to get married, but makes an exception for couples aged 55 if they can prove they are infertile. Those rules are aimed at limiting the chances of children being born to first cousin parents with genetic abnormalities. First cousins share 12.5% of their DNA, making them up to twice as likely to have disabled children as man and wife who aren’t closely related.

READ ALSO: Unbelievable! See the Mother Who Got Married to Her Son &#038; Daughter

Michael and Angie finally got together last winter after 10 years apart, and say they are no longer worried about disapproval from their families. 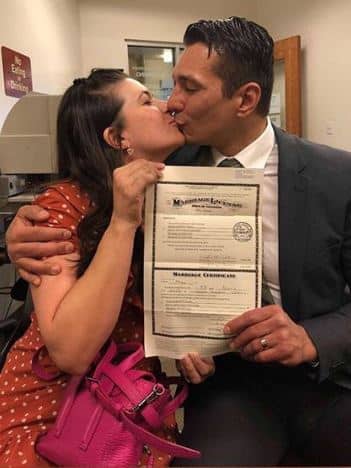 Angie’s dad is the oldest of 12 children, while Michael’s mom is the 5th child of the same family. Talking to ABC4, Angie said:

“We said OK this is crazy but we’re adults now, we’re single now, we’re just going to go for it and who cares what our family thinks.”

She added that she had loved her cousin, Michael, since she was in second grade

The ‘couple’ is now petitioning for Utah to change its ‘outdated’ laws so that other first-cousin couples can follow suit. Going by the law, their marriage is still not considered valid in Utah.

READ ALSO: A Daughter Didn&#8217;t Want Her Dad to Remarry, So She Allegedly Did the Unthinkable

#TheArtistAndHisMuse2021: Celebrity Stylist And Mum, Toyin Lawani And Her Fiancé, Segun Wealth Are Counting Down To Forever!

“We were in second grade. I remembered I stopped her mother and said “I’m going to marry Angie.” She answered, “No, sorry you can’t, you can be friends.” I’ve always felt that life wasn’t fair. Why did the person I wanted to be with most, and who I had the most attraction to the most, the most natural feelings for, why’d you have to be my cousin? No one I’ve ever been with will make me feel as perfect as she does.”

“Her being my cousin and some of the responses is a small price to pay.”