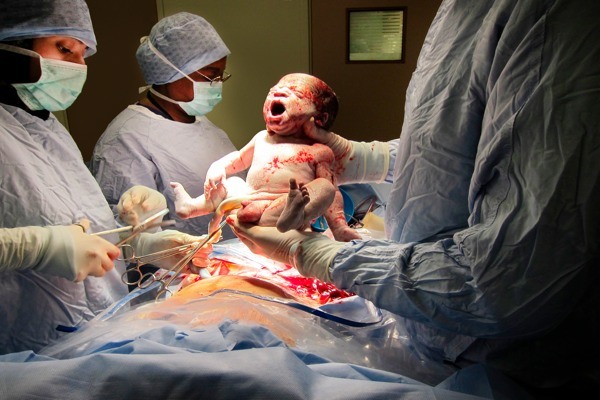 Why Celebrity Mom, Kemi Afolabi, Is Scared Of Her Children’s Future

Cesarean section is a surgical procedure used to deliver a baby through incisions in the abdomen and uterus. You will agree with me that worldwide, the number of C-sections has nearly doubled over the last 20 years. According to a new study published in the Lancet medical journal revealed on Friday, more women die from caesarean delivery in Africa than in high-income countries.

The study was conducted in over 180 hospitals in 22 African countries, including Congo, Ethiopia and Zimbabwe among others, and published this week.

According to the study, one in 200 women perished during or soon after a caesarean in a sampling of nearly 3,700 births across 22 African countries.

READ ALSO: 10 Medical Reasons a Pregnant Woman May Be Scheduled to Have a C-Section

”One in six women in Africa also develops complications during surgery, almost three times that of women in the U.S. The most common problems involved severe bleeding during and after operations.”

By comparison, maternal mortality is approximately one woman per 10,000 operations in Britain. Death rates related to C-sections are roughly the same across most developed countries.

The neonatal mortality rate after C-sections in Africa is also double the global average. According to one of the study’s authors, Prof Bruce M Biccard, paradoxically, while many countries are aiming to reduce the caesarean delivery rate, increasing the rate of caesarean delivery remains a priority in Africa.

“The findings highlight the urgent need for improved safety for the procedure. Improving access to surgery might allow patients to present earlier and prevent complications and deaths.”

Bruce Biccard, a professor at the University of Cape Town in South Africa also called for a better assessment of the risk related to bleeding, and less restrictive use of drugs to treat post-partum haemorrhaging.

Preventable C-section deaths mostly stemmed from a ruptured uterus, in mothers who had pre-existing placental complications, bleeding before birth or during surgery, and problems related to anaesthesia.

In many African nations, there is a chronically short supply of blood for transfusions.

Blood products with a greater shelf-life and better use of anaesthesia by non-doctors — through mobile and online training, for example — could also help boost survival rates, the researchers said.