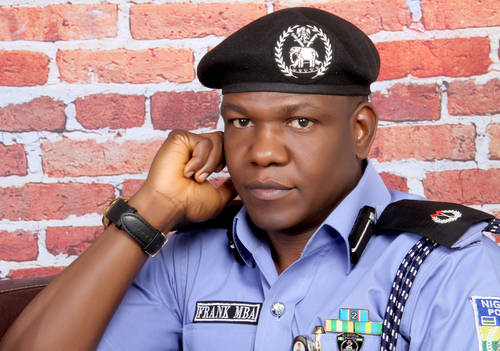 In the wake of recent killings of innocent citizens by unscrupulous officials of the Special Anti-Robbery Squad, SARS and also unprovoked attacks on policemen by some criminally-minded persons, the spokesperson of the Nigeria Police Force, Frank Mba, has provided tips for safe and cordial interaction with the police at different encounters.

Ordinarily, encounters between the citizens and the Police or other law enforcement agents should be reassuring and delightful. In fact, the mere sight of the Police ought to generate in the citizen an instant feeling of relief, safety and security. This unfortunately, is not the reality in Nigeria today.

In fact, some encounters in the past had led to embarrassment, injuries, permanent disability and, in extreme cases, death of the citizens. Similarly, some security agents have also suffered molestation and harm from such encounters.

While Police officers are reminded of the need to exercise ‘courageous calm’ and avoid resort to the use of deadly force or lethal weapon at the slightest provocation, members of the public on the other hand are expected to avoid actions that could turn simple encounters with security personnel into more serious ones.

It is against this backdrop that we are today providing tips that could help in enhancing cordial relationship between the Police and the citizenry.

Below are the tips for safe and cordial relationship at check points:

-When approaching a security checkpoint or when flagged-down by the Police or other security agencies;

-Endeavor to slow down your vehicle. It shows that you are not reckless. It also douses suspicion that you are a criminal and may want to speed-off.
Turn down the volume of your car stereo. Courtesy demands this. Besides, you are able to hear each other better. This simple act will also help you to win the confidence of the security operative.

-Turn on the inner light of your vehicle while approaching the cops (if at night). It readily sends an unspoken message that you have nothing to hide.

-Be friendly and cheerful. Commend the officers especially when you see them working under very unfriendly weather conditions such as the rains, the harsh harmattan conditions, excessive heat, cold or sunshine.

We know it’s their job, but a little kind word from you will do a lot of good. Remember when you smile at the mirror, the mirror smiles back at you.
Endeavour to be polite even when answering questions put to you by the officers

-Don’t dare or challenge an armed security man to a duel. Oftentimes, you hear people say things like ‘shoot me, if you can!” Note that this is a recipe for disaster! It is very provocative and an unnecessary call for war. So, please play safe, more so, as you do not know the state of mind of the officer concerned.

-Also, don’t go into a physical fight with an armed security officer. He may resort to the use of his weapon (rightly or wrongly) to defend himself.
Avoid unnecessary argument with armed security personnel. There are a thousand and one ways to seek redress where you feel your rights have been infringed upon.

-Never try to touch an officer in an unfriendly manner. He may suspect you of trying to disarm him.

-If you are a regular traveler or road user, make sure you have the police emergency phone numbers of the route you operate. You never can tell when an emergency situation could arise and you need the Police to come to your aid.

-Make sure you have all your relevant car papers and desist from actions or inactions that constitute either a criminal or traffic offence. Such infractions of the law provide veritable grounds for possible charges and other forms of adversarial contact with the Police or other law enforcement agencies, including unnecessary arguments.

-Don’t give the impression that you are unhappy to see an officer on his beat or that he is wasting your time. But if you do have an emergency, politely inform the officer. Don’t speed off while still being checked.
Take note of the name tags, Force or Service numbers, personal description, description of weapons or patrol vehicle of the security officer especially where the officers begin to conduct themselves in unprofessional manner.

-Seek audience with the most senior police officer at the check point if things are not working out smoothly.

-Politely insist to be taken to the police station if your complaint is not properly addressed.