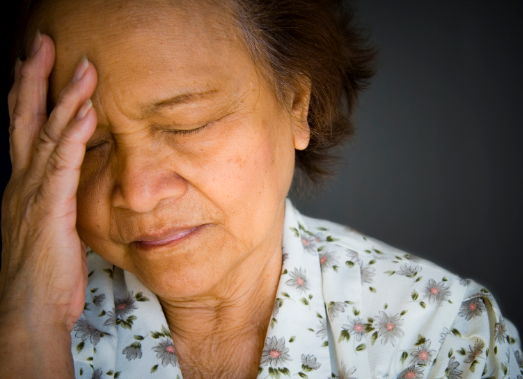 The number of people with dementia worldwide, according to the World Health Organisation (WHO) is expected to triple in the next 30 years.

The organisation disclosed this in a statement announcing new guidelines to tackle the ailment, on its website. The statement quoted the WHO Director-General, Dr Tedros Ghebreyesus, as saying:

“We need to do everything we can to reduce our risk of dementia. The scientific evidence gathered for these Guidelines confirm what we have suspected for some time, that what is good for our heart, is also good for our brain.”

According to the guidelines, people can reduce their risk of dementia by;

Avoid smoking and harmful use of alcohol,

Other preventive measures outlined are;

Eating a healthy diet, and

Dementia is a broad category of diseases that reduce brain function beyond what might be expected from normal ageing. It affects memory, thinking, orientation, comprehension, calculation, learning capacity, language and judgment.

Dementia results from a variety of diseases and injuries that affect the brain, such as Alzheimer disease or stroke.

It is a rapidly growing public health problem affecting around 50 million people globally. The organisation said:

”Going by the WHO prediction, this means the figure may rise to 150 million by 2049 if nothing is done. There are nearly 10 million new cases every year, inflicting a heavy economic burden on societies as a whole.

The costs of caring for people with dementia are estimated to rise to two trillion U.S. dollars annually by 2030.”

A report by Alzheimer Disease International said 2.13 million people were living with dementia in sub-Saharan Africa in 2015.

”The total costs of dementia in sub-Saharan Africa were an estimated 6.2 billion U.S. dollars in 2015, with two-thirds to three-quarters of the total costs attributed to informal care.”

In Nigeria, Dementia has increased astronomically in the last 20 years, according to the University of Edinburgh, Scotland, in the Journal of Global Health Reports, published in April.

The guidelines issued by WHO on Tuesday “provide the knowledge base for health-care providers to advise patients on what they can do to help prevent cognitive decline and dementia”.

They will also be useful to governments, policy makers and planning authorities as a guide in developing policy and designing programmes that encourage healthy lifestyles.