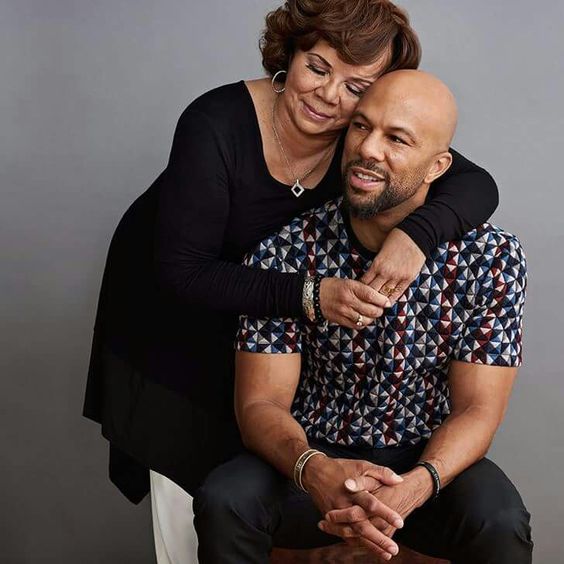 Earlier in the month, American actor and rapper, Common bravely opened up to the world about his childhood trauma –he was sexually abused when he was a child, but before that happened, he was compelled to share the troubling news with family first.

47-year-old Common born Lonnie Rashid Lynn, sat down with PEOPLE in this week’s issue to discuss some of his life’s toughest moments, which he shares in his new memoir, Let Love Have the Last Word.

Prior to including it in the book, the single dad had to break the news to the woman he’s closest to, his mother Dr. Mahalia Hines.

Surprisingly, he said the conversation, “wasn’t as heavy as I thought it would be.

”She worked in Chicago public school as a principal and teacher, so the stories she’s heard….Obviously it’s different when it’s your child. But she said, ‘I hate that these things happened, and I know people that it’s happened to before. Are you okay?’ She checked on me.”

The author and his mom have been close since childhood, as she was a single mom following her divorce from his father. As for how she processed the information, he says:

“I guess she’s looking at the end result. She’s like, ‘You seem like a happy person.’ But that’s another reason why I talked about it. Some people that seem happy are not always happy.”

In his book, Common revealed that he was molested when he was 9 or 10 years old by a family friend during a sleepover at a friend’s home. It was a memory he’d repressed for years.

It only resurfaced when he was working on an acting project that involved molestation in 2017. Common said the memory of the incident played like a VHS tape in his mind. In an attempt to help other men heal from this type of trauma, Common decided to share his story. He says:

“I kind of wiped that out of my mind for a while. For a long time. I had a tendency to do that, to tuck things away in a corner. My journey back to it came with all the work I’ve been doing on myself, from prayer to meditation to therapy to art.

I didn’t even realize it happened until I was doing a film called The Tale, which deals with that subject matter. I actually told my costar, Laura Dern, ‘Yo, I think this happened to me.’ It just started coming back to me.”

“I wanted to go places where I feel like as a black man we don’t always go. It hasn’t been part of our culture. When I was talking about being molested, it was like man, you know what? I’m going to write about this.

In black and brown communities we do deal with this. I’ve visited prisons where men are like, ‘I was sexually abused.’ A guy on my own team came to me and said, ‘It happened to me when I was younger.’ I’m not caring about the stigma. I’m going to speak it with the hope that other people heal from it.”