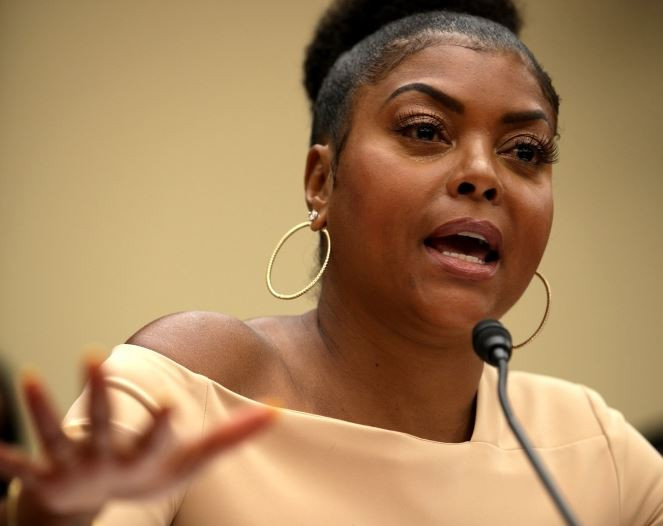 American superstar actress and mum-of-one, Taraji P. Henson, who recently started a Foundation, named after her late father, to eradicate the stigma around mental healthcare in the African-American community is taking her message across the world.

The 48-year-old Empire star opened up fresh discussions around mental health stigmas while registering her dismay at the alarming increase in suicide rates, and suicidal thoughts especially among children as little as 5-year-olds.

On Friday, the actress urged members of the Black Caucus of the US Senate to join her in talking about mental illness and getting people the help they need adding that she wants mental healthcare to be taught in schools.

READ ALSO: We’re told to pray it away’ -Hollywood Star, Taraji P. Henson Gets Real On Her Journey To Tackle Her Mental Health Issue

Taraji’s Boris Lawrence Henson Foundation is advocating for mental healthcare to be part of the school curriculum for children. The actress insists that if children can be taught sex education and physical education, why should they not be taught mental healthcare.

“The suicide rate has taken off. It amazes me that 5-year-olds are contemplating suicide.

We don’t talk about mental health, we don’t deal with it. For generations, we’ve been told it’s a weakness, to pray our problems away and that’s just not gonna cut it”

Henson argues that if mental healthcare becomes a part of the school curriculum, then parents will be forced to talk about mental health care with their kids.

“If we can teach children about sex education and physical education, why not mental? That’s where we start attacking this issue: with the children.

You’ve got to help me with my homework,”

Henson continues to speak out about her own struggles with anxiety and depression, speaking about her late father said;

“I feel like I’ve really found my purpose. It’s hard, but he knew it and he was able to get the help that he needed.”

The actress tries to focus on the positive memories of her dad.

“Why focus on the negative? He’s not here. It wasn’t all bad with my dad.

He had his moments. But when you’re dealing with mental illness, that’s what you’re gonna have.

But most of the memories were good

Her father died in 2005, just two years after her son’s father, William Lamar Johnson, “was murdered, brutally in Washington, D.C.,” she recalls. “It was time for us to get help.”

Following that difficult time in her life, Henson says, finding a therapist she could trust was hard.

Now, she talks to her therapist twice a week. In person, if she’s in town and if not, she chooses to Skype or Facetime.

“I can call her at any time I’m having a moment and she’s there. I was blessed enough to find someone I really gel with. She gets me.”

The mother of one and her fiancé Kelvin Hayden sometimes meet with her therapist together.

“I want people to know it’s okay,.I don’t know what human is not suffering from some sort of anxiety or depression.”