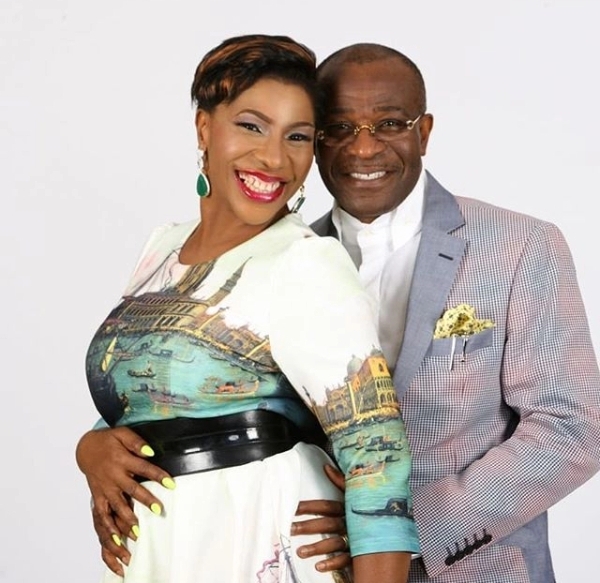 In a post she shared on her Instagram page to her their milestone, the celebrated founder of NHN Couture, who is passionate about fashion, recounted how her married close friend advised her not to marry her hubby because according to her, he was impotent, a divorcee and way much older than her.

Nkechi, who was a single mom as at then said the same friend adviced her to wait for her ex to come back and beg her. Nkechi said she followed her heart and what God was saying about him. Here they are celebrating 12 years together.

Read her very interesting story below…

”Ours wasn’t love at first sight. He wasn’t anything near what I wanted except he was a man after God’s own heart. Let me share this with you especially for the singles in the war room.

That my same girlfriend who was already married as at that time gave me so many reasons why I shouldn’t say YES and I want to believe she said all that from a good place. She helped me compare him with my ex. She pointed out he was much older.

And he was impotent according to her and from where ever she got that gist. She said I shouldn’t be desperate and still wait for ex to come back and beg. She thought because I was a single mum that I was making a wrong judgement of myself by settling for a divorcee.

She was concerned about the many big girls that hanged around him and thought he shouldn’t be my type. Yes all her points were valid but I needed to hear God’s point. I then asked Oga Harry to give me time to pray. I returned with a YES without even consulting my girlfriend again.

I went straight up with my Yes. Today despite all the NOT in my list kind of guy, I am one of the most blessed woman on earth. Peace, joy. laughter and blessings, what else would I have wanted other than this… who fine boy, small boy help? With no regrets, I am glad I did this 12 years ago.” 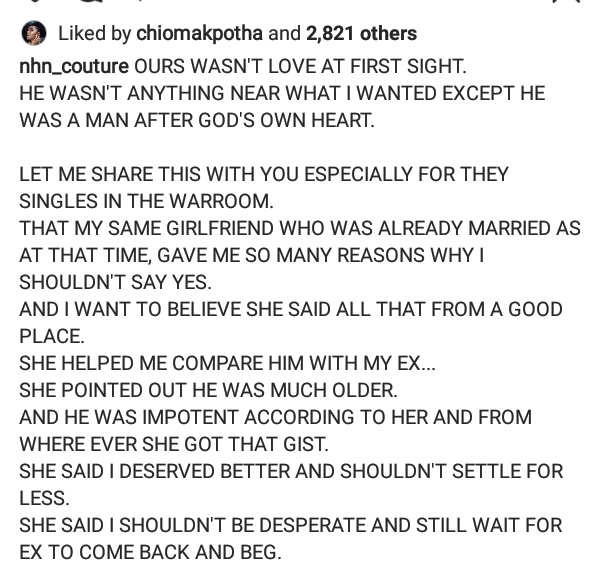 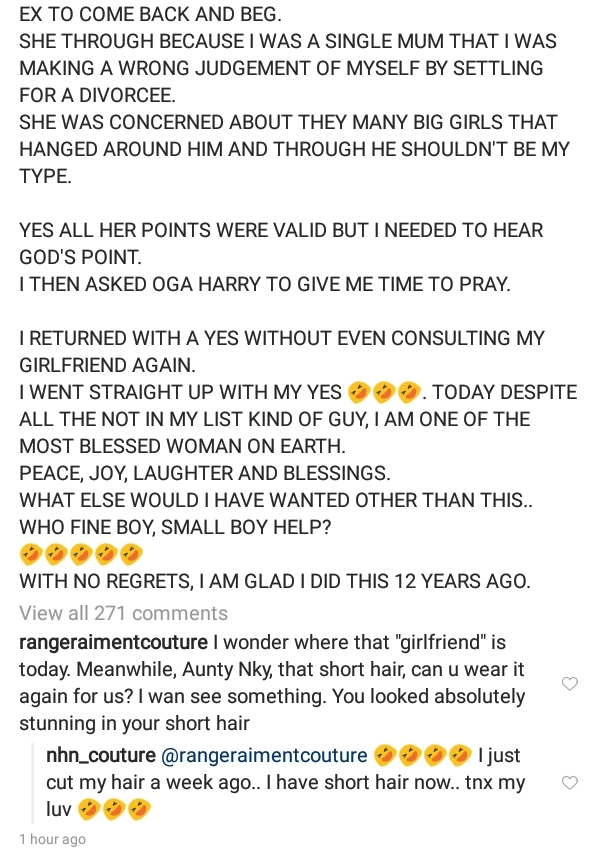