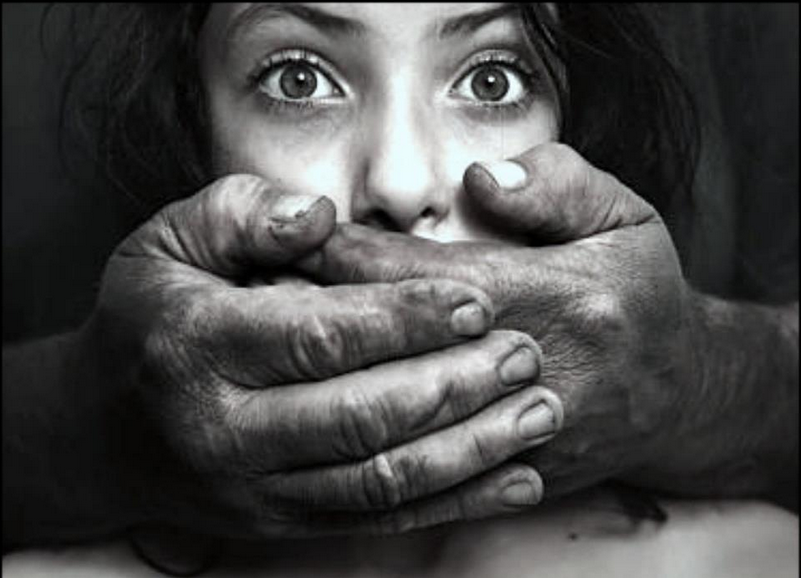 In the wake of the current news of sexual abuse against a minor, I thought to share my story under anonymity because we live in a society where a victim of rape is ‘raped’ all over again by what people say. Every time you speak those insensitive words, those callous expressions, those hurtful insinuations; you rape the victims all over again, piercing their hearts deeply. And for some, they find living afterwards no longer appealing.

First, I need you to know that I couldn’t give a name to what happened to me. You’ll know why shortly. Some ‘ask’ why it took Busola Dakolo two decades to speak out but I’m ‘speaking’ anonymously almost four decades after.

“Why are you just speaking out now? Why did it take you this long to ‘speak’ out? What’s your intention? Just like many of you are asking Busola Dakolo, but I have no answer for you.

Contestably, 3 out of every 10 female you come across must have been sexually abused as girls. What baffles me is the fact that most- like me, never told their parents and those who were brave enough to tell, were ignored- be it intentionally or cowardly. Also, dishearteningly, these perpetrators were/are authorities in the lives of these young girls, close relatives and family friends which perhaps, explains why parents ignored the cries of the few little girls who spoke out; possibly to sustain ‘relationships’ that had been supposedly built for many years.

Though for the fear of the little girls being stigmatized, -just like you all are doing to Busola now- some mothers asked their children to be quiet about it. And do you know what that decision has caused us as a people? It has empowered sexual abusers to do more.

My mother had just gone out when our next door neighbour; Brother W, one of our landlord’s sons and a policeman asked me into his room. Now, my mother must never hear that I went out of our apartment, into a neighbour’s room so I made to run away but he grabbed and whisked me into his room. He lived in a room partitioned with a curtain. On his centre table was a bowl of custard laced with quite some amount of evaporated milk and he offered it to me. My stomach grumbled but I knew my mother must never hear that I ate at neighbour’s. Mother was so strict we were not allowed to even eat my father’s leftover.

Brother W encouraged me to eat his untouched bowl of custard and promised not to tell my mother. So, I relaxed and started to eat.

I really cannot explain how it happened because one minute I was eating custard, and the next minute, I was on his bed where he was gently removing my pants. His sound system was blaring Wasiu Ayinde’s song. He rubbed Vaseline generously on my vagina and told me not to shout. He took off his trousers and I saw something solid and hard; which I’d never seen before. It was big and it stood straight! I was scared, and started to cry. I made to escape but he pinned me down with his strong hands. I told him my sister was calling me but he said she wasn’t. I cried but it didn’t seem like anyone could hear me. He put the hard thing in my mouth; and moved in a rhythmic way. He asked me to suck on it, said it won’t hurt. He laid me down and squatted above me with his ‘thing’ hard in my mouth. The bigness filled my mouth that the custard forcefully came out through my mouth and nose; it was all over his bed. I was scared. I imagined the beating that would follow but surprisingly, he was calm with me. He hurriedly changed his bed spread and placed me back on the bed. He rubbed more Vaseline on my vagina and put his penis into it. I think I passed out because the next time I opened my eyes, I was all bloody while he frantically cleaned me up. He asked me not to tell anyone about what ‘we’ had just done. He promised to always have creamy custard waiting for me everyday and I should always come for it once my mother was out. He told me that my mother would beat me if I told her what ‘we’ had done. I’d witnessed my mother stamp my brother’s hand with water heater because he stole something. I feared her.

Brother W assured me I would be alright if I would just go into our apartment and sleep the pain off. He told me everyone in the compound would hate me, and wouldn’t play with me again if I told them what ‘we’d done. And truth be told, I didn’t understand what ‘we’d done. How could I?! I was just five years old!

READ ALSO: Dear MIMsters: How A Twist of Fate &#038; Competitive Villagers People Wrecked The One Thing I Wanted The Most

I cannot remember how many times after that day that he kept at what ‘we’ did. I was never bold enough to tell anyone because I was scared to lose my friends but much more than that, I was scared of what my mother would do to me.

Stepping out of our apartment to play with other children in the compound was a sin but much worse, was eating whatever she didn’t give to us. In the eyes of my mother, that was a sacrilege! I would rather continue doing what ‘we’ were doing than let my mother know.

Eventually, Brother W ‘accidentally’ impregnated a secondary school student who he was forced to marry. Unknown to me, my ordeal was just about to begin…