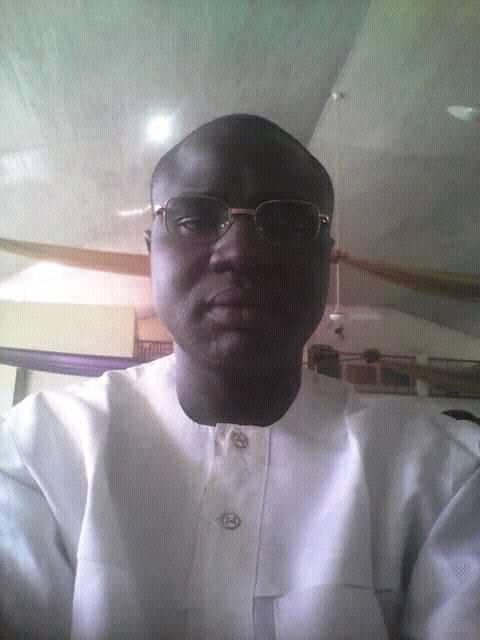 ‘Should a woman forgive a partner who constantly hits her?’ Lemchi Chidi’s Lecture On Forgiveness Sparks Debate On Social Media

While today’s society is heavily influenced by the need for gender equality, it appears there are still some people who believe women are made strictly to be subservient and nothing more than helpers of men. One of such is Facebook user, Echezona Enebeli, who took to the platform to give reasons why he believes a woman should never strive to be more successful than her husband.

E no go work Biko…  Women were created as help meet/helpers to their husbands…. not competitors.. Aspire to be successful…. but never aspire to be more successful than your man.” 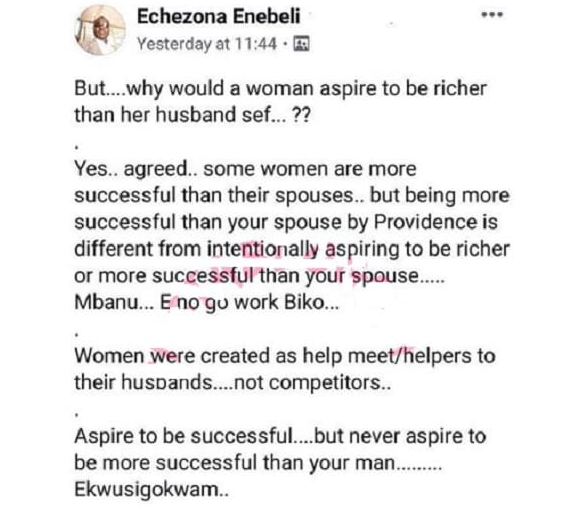 Earlier this year, Echezona, who described himself as a “family man, loving husband, dotting father, jovial and generous” said he is unable to fathom how “women of nowadays” ditch culture and attempt to emasculate men by expecting them to help with domestic chores and particularly kitchen related ones.

His comments were met with severe attack from women who think he’s simply old-fashion. See some comments below:

jayonyeka: My annoyance is that this guy writes well which shows he’s very educated, do we say this one is a waste of education? Do we now see that good education doesn’t translate to sense , I’m disappointed

ms.maureenirish: You can aspire to be rich & successful but once you start doing it to be better than someone else, you’ve lost it. Spouse or not.

b_lacream: He has a point, but no one reads to understand anymore

abiodun.website.developer: Dear God, if is the girl I will marry that will remove me from poverty and I will have a good life, bless her abundantly.

houseofstun: These kind of men that bring shame to other men. Na una dey make women yab us. Marriage is a partnership not a contest!!!

dayoice: Dear wife, if you want to be richer and more successful, Nne I can’t wait go ahead.

wageesther2: It’s not a crime to have money than your husband but d character u wear wen u do determines If it is bad or not