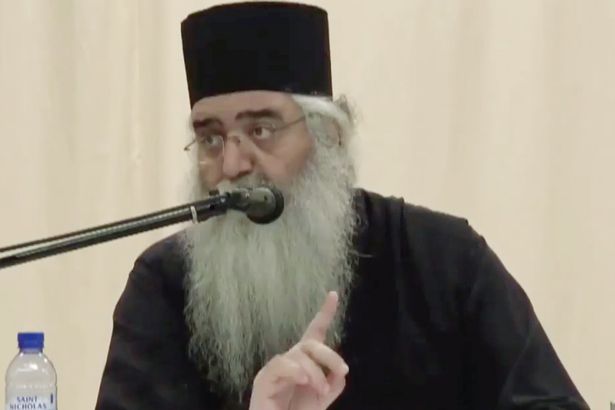 “Don’t be a lady, be a legend”- Billionaire Mum & Businesswoman, Sara Blakely Urges Women On To Excellence In New Post

Church of Cyprus bishop Neophytos Masouras of Morphou has figured out the reason why gay people exist. The cleric shared his knowledge with a group of congregants while speaking at a primary school in Akaki, Nicosia District  A Church of Cyprus, the Daily Mail reported.

“It happens during the parent’s intercourse or pregnancy.

[Saint Porphyrios] says that when the woman likes that, a desire is born, and then the desire is passed on to the child.”

The bishop was quoted to have said.

The footage from June was posted on social media and went viral, with Accept LGBTI Cyprus posting: “How are lesbians created?”

Saint Porphyrios, who died in 1991, told gay people to stay single and pray for their sexuality to go away all their life. Cyprus decriminalized homosexuality in 1998 and has rolled back previous conservative attitudes to homosexuality.