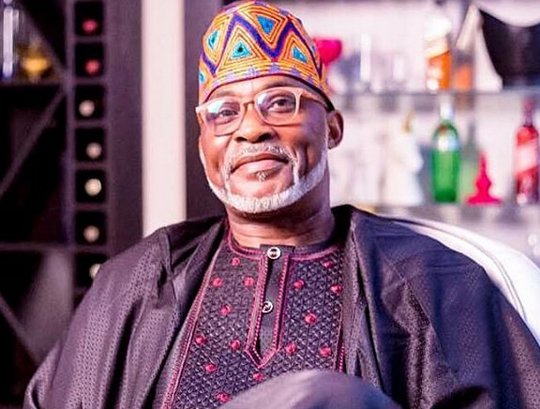 Californian Mum, Qayla Ann, Suffers Backlash For Her Comments About Her Baby’s Looks On Facebook Live

Veteran actor, lawyer and writer, Richard Mofe -Damijo, took to his Instagram page to dish on how to nurture relationships, irrespective of what type.

According to the stylish grandpa a.k.a RMD, who disclosed that he had been a victim of “relationship abuse”, relationship is a currency and any relationship has the power to serve as capital.

The former Commissioner for Culture and Tourism in Delta State, 58, further reiterated the importance of not entering into relationships with the intent of giving nothing in return, adding there’s no way that would work.

”I often get requests from people who want to have a relationship with me in different capacities and I never take it lightly which is why I’m usually not quick to jump in on mentoring, ‘fathering’ or being a big brother figure because I have been a victim of “relationship abuse” where people take their unlimited access to you for granted forgetting that-RELATIONSHIP IS A CURRENCY.

READ ALSO: RMD Pens An Open Letter Every Father Should Write To Their Boy Child

Relationships irrespective of what type have the power to serve as a capital. There are relationships that give you leverage, some people have gotten ahead in life because of who they married, who they work/ed with/for.

One respected person’s endorsement could do more than financial capital can so it is important not to enter into relationships with the intent of giving nothing in return, there’s no way that would work, you must be willing to service whatever relationships you have.

Be skillful in relationship building by being selfless, unassuming and not feeling self-entitled. Respect boundaries, don’t be a user, be humble, accountable and have integrity.

Have respect, more for yourself than the one you latch on to because it is self-respect that restrains you from behaving in ways that put you in a bad light. #RMDSaysSo.”