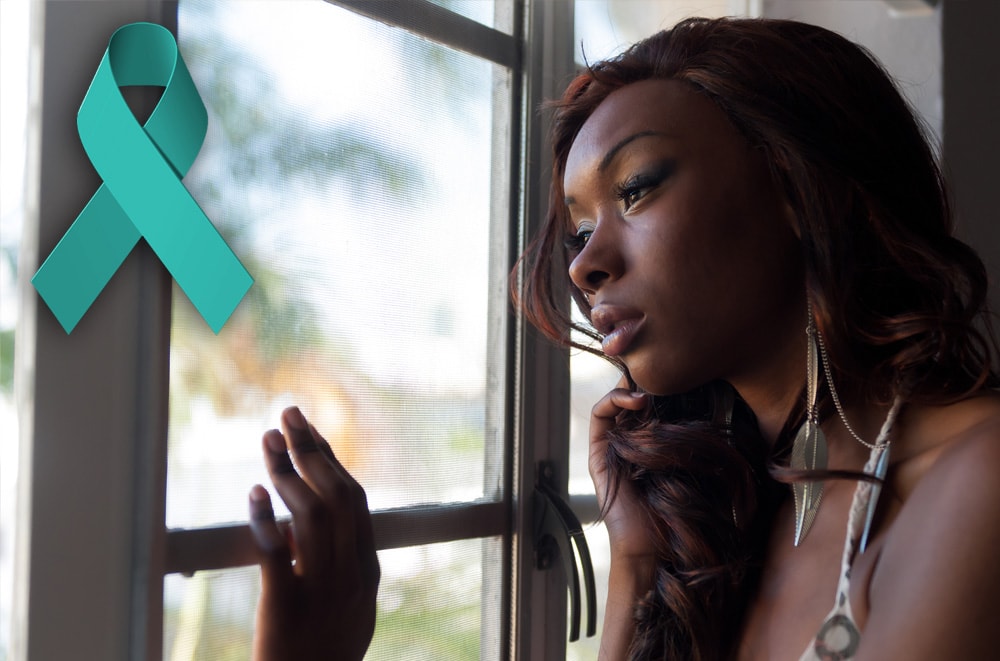 Twitter user, Olatomiwa Adefioye took to the app yesterday to share the story of an unnamed medical student of the University of Ilorin Teaching Hospital (UITH) who became a victim of rape in the late hours of yesterday. According to Adefioye’s narration, the lady was on her way from where she had gone to charge her electronic gadgets when her abuser raped and allegedly deflowered her. He shared screenshots of a heartbreaking note written by the victim a few hours after the incident occurred.

The student, who was not named was touted as a decent woman by her peers, as the Twitter user who shared the story continued to narrate that students of the university staged a protest for fear that the suspect who was caught and handed to the community leader would be freed because he is an indigene of Oke Ose in Ilorin where the incident occurred.

READ ALSO: “Tell your story, we will stand by you as we are standing by Busola Dakolo”- Singer, Omawumi Megbele Calls To Rape Victims

“So a female Student Of the university of ilorin teaching hospital (UITH) just got raped about 50 minutes ago by an indigene of oke ose, ilorin at oke ose ilorin while going home from where she went to charge her gadgets.

The rapist has been taken to the community leader’s house & The students have been lamenting that he’ll be left alone because he’s an indigene.

And the lady is reported to be an ijabian sister who even uses gloves all the time. She was disvirgined by tonight’s incident. Dear Twitter, this guy shouldn’t go unpunished #Notorape #saynotorape

From Being Abused, Raped And Bullied To Becoming An International Supermodel, Nini Amerlise’s Story Is Truly An Inspiration!

She was threatened with knife that she’s going to get killed it she doesn’t comply, it wasn’t robbery.”

Below is the heartbreaking note the victim shared shortly after she was raped. 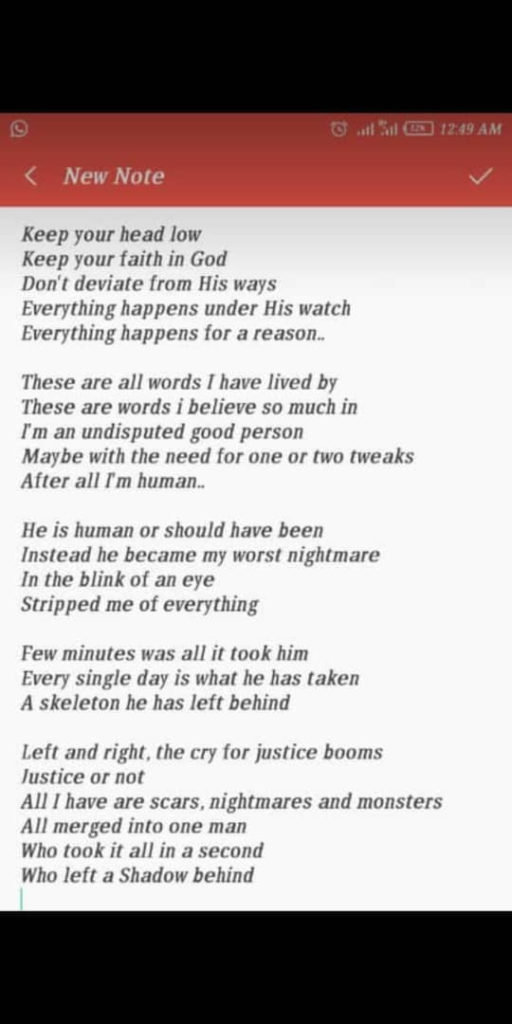 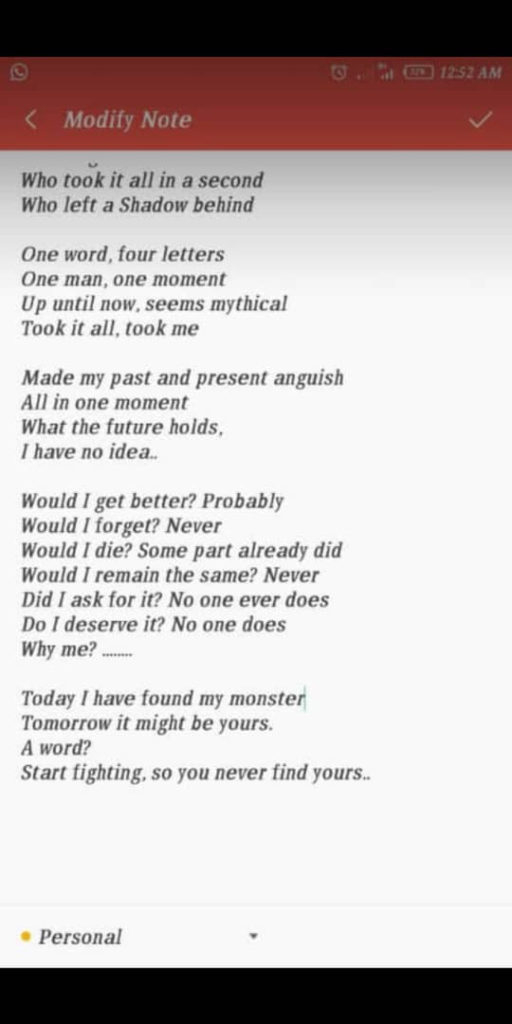 See screenshots from Tomiwa’s thread below: 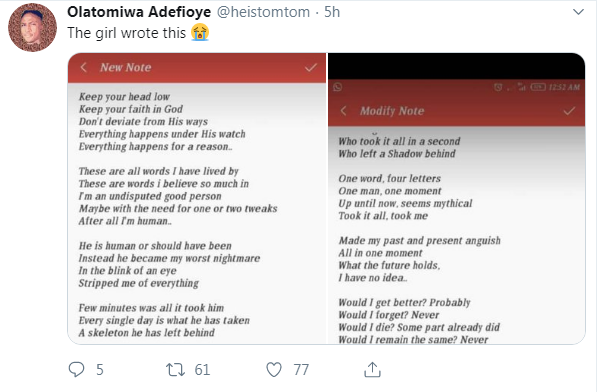 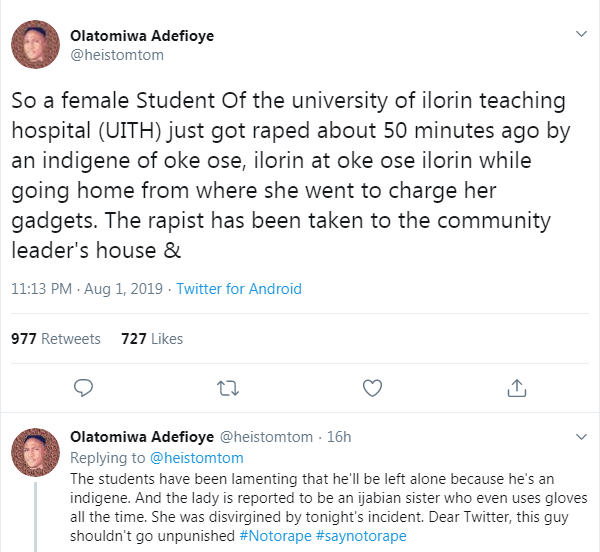