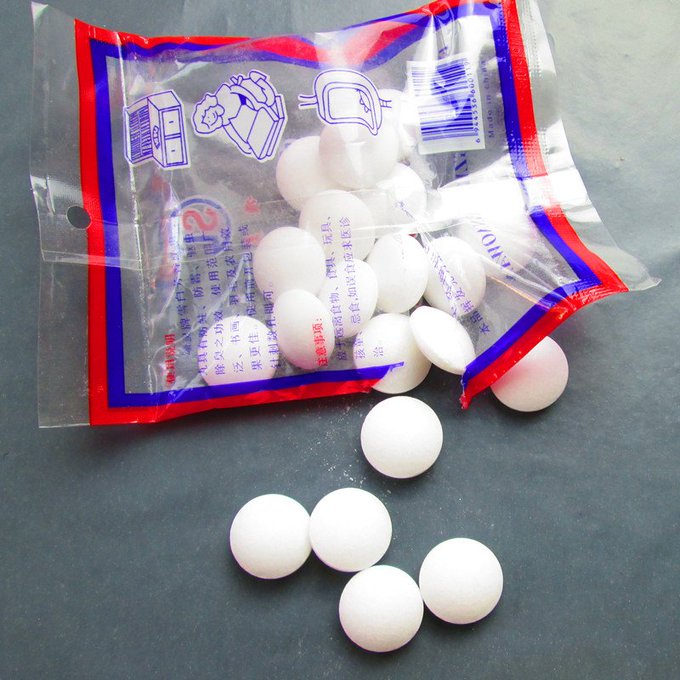 Sickle Cell Warrior & Advocate, Abimbola Ogunmekan Reaches Out To SS Patients With A Message Of Hope

A medical doctor has taken to twitter to warn nursing mothers against the use of camphor around their newborn babies. In a thread he posted online, the doctor, Chinonso Egemba took to his Twitter handle, @aproko_doctor to explain in detail how mums can harm their babies by using camphor around them.

The subject must be one of serious concern because only a few months back, the doctor had taken to the same platform to alert and warn mums on the dangers of using both camphor and mentholatum on or around their babies.

In his latest thread warning of the implications of using camphor on or around newborns, doctor Nonso explained how not adhering to the medical advice could lead to seizures, drowsiness, poor feeding or sucking, abnormal cries

“WARNING! If you have a newborn baby, avoid camphor around them and even on their clothes Camphor or naphthalene is linked to jaundice in new babies. Jaundice is yellow coloration of their skin and eyes because of overproduction of bilirubin It can cause brain damage! Please RT

Our red cells contain hemoglobin, this is what helps carry the oxygen from your lungs to other places When red blood cells are broken down, this haemoglobin is broken down to bilirubin When this gets to the liver, they are combined with a compound that makes them less harmful

Some babies, mostly male babies may lack an enzyme called G6PD, this deficiency is inherited and common in Africans It helps protect the red cells from damage and when it’s lacking, the cells break down easily. Exposing them to camphor can rapidly breakdown their blood cells

Also, babies have a special kind of red blood cells at birth that have a short life span. They also have low concentrations of that binding substance in the liver. Now camphor may increase the breakdown of these red blood cells causing an increase in bilirubin

Because this bilirubin is not bound, it enters into the blood stream, this is what colors the eyes and the skin of the baby yellow. If it gets too high, it may get into the brain of thay baby, this can lead to seizures, drowsiness, poor feeding or sucking, abnormal cries

Most people say that putting babies under the sun can help reduce jaundice, but because of the risk of burning them or increasing their temperature to risky levels, it is no longer recommended. If you suspect your baby has jaundice, see a pediatrician immediately” 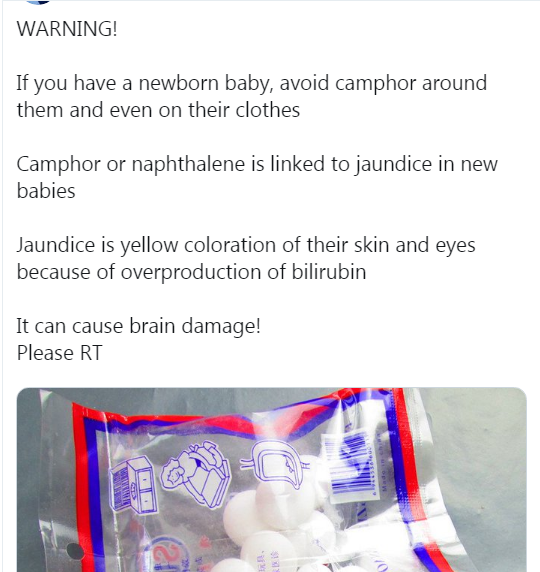 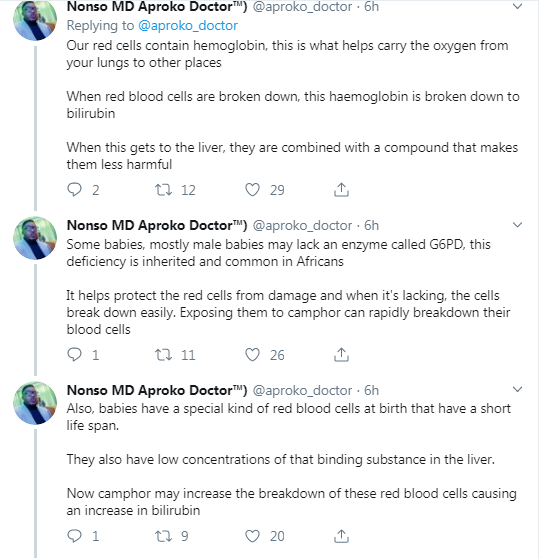 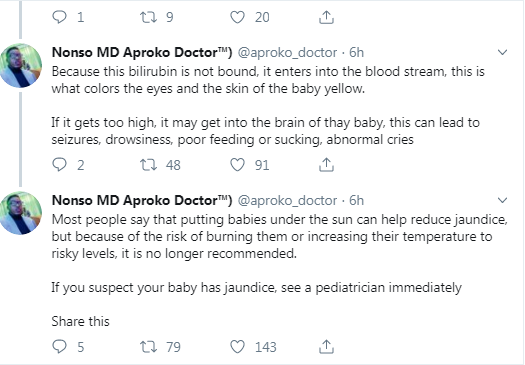