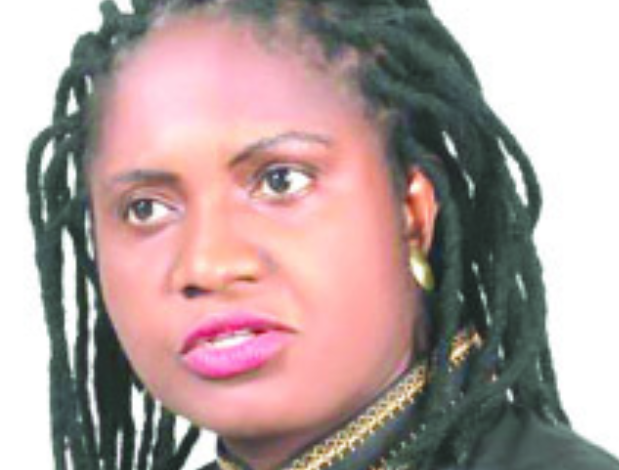 Mercy Ekwegbalu is president of Brittle Bone Support Initiative (BBSI) Nigeria, a non-governmental organisation for children and adults living with fragile bones condition. Sadly, her daughter, Gemma, had brittle bones condition and did not walk until she clocked 4 when the child was taken abroad for a surgery.

Speaking to Daily Sun recently, Mrs Ekwegbalu shared her ordeal and how her daughter’s health challenge became a blessing in disguise.

What inspired you to set up BBSI?

Brittle Bone Support Initiative Nigeria was established when I had a child with a genetic imperfection in 2011. My family went through pains. We went to many hospitals, yet there was no solution. It was hell for us, as there were no facilities in Nigeria to take care of such condition.

In order not to see other children suffer the condition, my family and I had to set up a foundation to create awareness for people to know that such a condition exists and that there is remedy to it. Now, as a result of the awareness and efforts, people know there is medication for it, especially, those that need surgery due to fracture.

What happened when you discovered that the baby had a health challenge?

When I gave birth to her, it was a shock to me and my husband because that was not the kind of baby we expected, having bought many baby things and waited for her arrival. Also, when the doctors told us that there was no way out of such condition, we became confused, afraid and restless.

We took her to so many orthopedic hospitals in Nigeria, yet there was no solution because of the standard of hospitals in Nigeria. At a point, a doctor advised us to allow the baby to die, since we could not terminate her while in the womb, because we may not be able to face the challenge of seeing her with three or more fractures in a month.

How did you feel when you were asked to allow your baby to die?

In fact, I was shocked and surprised that such statement could come out from a human being. Every mother will use the last drop of her blood to take care of her baby and I cannot believe that any sane mother would agree to do such because mothers are more attached to their children.

The attachment is like a bond, so it is very hard to accept the option of doing away with their babies, no matter what, except the baby dies naturally. On that note, I persevered and put my trust in God.

How did the whole problem of your baby start?

Before the birth of the child, at eight months, my doctor noticed that movement of the child was too sluggish and not satisfactory, according to him. He also said that every baby that is not active to be free from any emergency should be delivered through Caesarean section to avoid any complication during childbirth. So, we were wondering what the cause was because our first child was not through Caesarean section (CS).

My husband and I went home and prayed over that, and decided to accept the recommendation of the doctor to go through CS to avoid danger. After she was brought out, we noticed that she already had a fracture while in the womb. The left tibia was curved and she was crying ceaselessly.

Then the doctor looked at the arms and the limbs and discovered that they were so soft, probably, she sustained some fractures in the process of trying to bring her out from the womb. It was during the X-ray that it was found out. Thereafter, the doctor told us how to take care of her because of her condition.

We had different ways of removing her diapers and putting them back so that you do not harm her. That time, there were no medications.

Did you notice any sign of having an abnormal baby in your womb?

I did not. I was so beautiful. In fact, her pregnancy was the best one I had so far. I did not feel any abnormality. My body was perfect and did not notice any abnormality at all. I went through the antenatal, did all the scans, and none showed any abnormal baby in my womb, until at eight months when I went to antenatal and the doctor found out that her movement was abnormal. All the scans I had were good.

What were your challenges during the period?

When she was between one and three years, we experienced a lot of frustrations and reactions from friends, neighbours, especially as women of child-bearing ages stopped visiting us for fear of having such a baby. I also went through neglect and rejection. People were saying that it could be that my husband belonged to a secret society. Some said it was witchcraft.

Many did not want to come to us because they did not want to see us in our sad situations, as my husband was not happy seeing her in that condition. It was not a good one at all. I normally take her to the office. There was a day she broke down and I took her straight to the hospital. We were like leprosy patients, nobody wanted to identify with us or be our friends. Her fellow children avoided her totally.

Each time they saw her, they ran away. She noticed that people avoided her due her condition, so she was not happy at all. At a point, I became more concerned and restless, praying to God to save us from such a bad situation. One day, we went to the church and sat beside a particular woman, and immediately she noticed the condition of my daughter, she took her child and left that sit. I never knew at four years old then, she was able to capture the drama. We were treated as outcasts. As a result of that incident, I left that parish for another.

Before then, I stayed about five months without having a parish. God wanted us to change church where we got the best preaching from the priest in that church. It is after trail that you will confirm that you are a true child of God. Her birth did not only give me salvation, it drew me closer to God. We had no one anymore. The word of God was my companion. I was motivated, which really added more to my patience with God.

What role did your husband play?

My husband is like a brother and friend. Sometimes, if I notice that I am down because of the weight of the baby, he was the one who carried the baby anywhere we went, even in the church. In fact, I used to feel sorry for him. Everyone knew him for that. Upon his dressing and personality, he was playing the role of a nanny. I did not carry the baby, especially when I was down.

How did you find solution to her condition?

In fact, it was God that helped to save my family from the agony by linking us to Heart to Heart Foundation, a foreign non-governmental organisation who advised us on how to be managing the baby.

Thereafter, our member introduced me to a Canadian, Mrs. Julie Clement, whom I did not know before then. She sponsored my baby’s surgery in Canada in 2017. She paid all our bills throughout our five-month stay abroad. Mrs. Clement was a living saint to us, and the one putting us through.

What impact has the foundation made so far?

We have been able to create more awareness for people to know more about the condition. Moreover, there was no solution to it in the past, but since we have come on board, solution has come. Today, the NGO is there to educate people with the condition. Also, medications that are available now are of good advantage. The rate of fracture reduces to almost zero level. Also, the surgery aspect of it is a big relief to victims.

Are there other children who have benefited from the surgery abroad after your child?

Well, there are two children that we are planning to send abroad for brittle bone condition surgery.

How did you feel after the successful surgery in Canada?

Immediately after surgery in 2017, we started seeing lot of improvement in her condition. She started walking and doing everything normal human beings do. We were like people who came back to life. Everything about us was new. In fact, my life was revived and I am now like a new creature. Presently, my child walks, does everything well and no longer remembers how her legs were. Now, we have forgotten our grief over a child who had never walked in her life.

How would you rate the health facilities available in Nigeria?

Well, as Nigerians, we all know what is happening here health-wise. The country is good in taking care of the common health challenges but it has to improve on how to deal with uncommon health issues.

Did you in any way question God concerning your child’s condition?

Yes, there were several questions concerning what must have caused it and I said, God, why me, so many times. I saw it as a punishment, but later came to realise that it was a blessing in disguise. I regret questioning God over my child’s health condition and asked him for forgiveness for my sin against him, which no one has committed.

It was a trial period and I gained a lot from it because it helped to build my spiritual life. I now know better who God is, and that He is closer to us. I also know that He answers the prayers of those who accept and pray to him.

What lessons did you learn from all of these?

I thank God that, at last, I became victorious. My child has since saved the lives of many children in Nigeria.

However, we need support from individuals and government to help see our vision through. We are optimistic that the support will come. We also need government and doctors’ assistance to help children in such critical conditions.

What is the condition of your daughter at present?

Due to her condition, she did not start school at the right time. The condition does not allow them to stay alone because no one knows when she will have a fracture.

What advice do you have for men who abandon your wives in critical times like yours?

Sometimes, women who whose husbands are not supportive during such critical times, naturally, would lose their marriages. It is important that men should show unconditional love for their wives. If such is done, the women will climb mountains and cross over to their Promised Land. They should also be patient and caring in their marital lives.

What is your view of Nigerians seeking medical treatment abroad?

I do not think that medical tourism is bad for uncommon challenges. You do not expect one to die here as a patriotic Nigerian. Although we spend so much money to get such, but as soon as our economy improves, I think, most of those facilities will be available in Nigeria.  Especially when there are no facilities here in Nigeria.