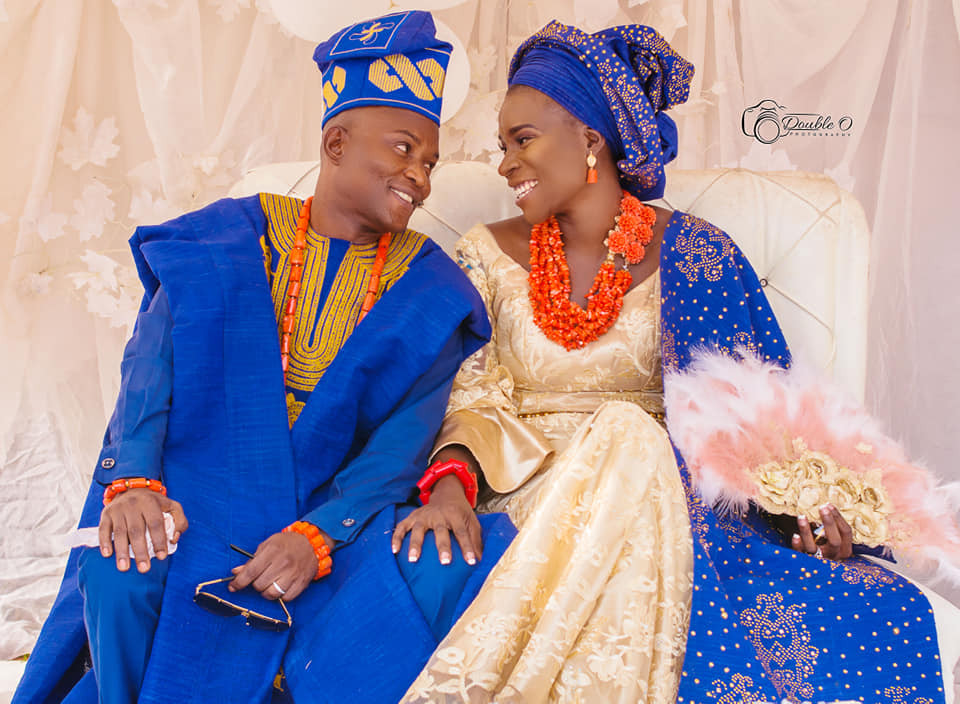 A rather unusual love story made its way to the internet in February this year. It was the story of a single mum of four kids, Dami Ewa Stratton who had been in three failed marriages but found love again and got another chance at marriage. As if, that was not amazing enough, the single mum’s newfound love was a single man, Emmanuel Cole who had never been married and had no kids and was also reported to be from a royal family. Read more here.

Well, it has all ended in a messy scandal just eight months after the marriage was contracted as Dami’s fourth husband, Cole has taken to his Instagram to share his regrets amidst claims of infidelity, insincerity and more damning allegations against Dami who had initially shared her wedding photos with Cole in February to encourage other single mums to keep hope alive as regards finding love again.

Emmanuel took to his IG page to make grave allegations against Dami. In his posts, he accused her of emotionally blackmailing him into marrying her, and also accused her of committing adultery while she is currently pregnant with their child.

How I got deceived by a mother of four children with three failed marriages Series One! December last year I met her online and she said she have a link For Australia work permit visa, and is 1.5m but I said I dnt have money for now maybe next time, after that we started chatting normally, one day she started talking about all her failed marriages. She said her first husband use to beat her and he doesn’t trust her that’s why she left.

She said the father of the third child asked her to go and abort the pregnancy and she refused bcoz she want the baby, latter on after the marriage she open up by her self that, she was actually dating a guy and promised the guy to take him to abroad, latter on she realized that the guy has a wife and a kid, so she just left the guy and sleeping with the guy younger brother that lead to the pregnancy and the family rejected her as the younger brother himself have who he wanted to marry. She said the third husband have done everything she want for her, but bcoz he doesn’t have time for her, bcoz he’s sleeping with another woman that was why she left.

By this time we already in emotional talk, the following day she asked me to send my international passport, which I jst did, I thought she jst wanna check my real age, 3 days after she called that she’s planning something for me, I said what’s that, she said she really love me and she want me to travel with her to Australia ?? so that we can start new life, I said I don’t have that money for now, she said I should not worry she has paid 500k for me already, I was like wow ?, I told my friends everybody is just wow. Along the line she was always said she knows that when I got there I will free her and I always said no, one day she talked about marriage that if I’m sure I will not free her I should engage her I ? I responded I don’t have money for marriage or engagement, she said I should not worry she have small money with the little I have. Immediately after the wedding I started noticing different things she have told me is not real. Series Two coming up soon

Series Two! She planned to get pregnant when we get to the Australia but unfortunately she got pregnant along the line…And she said will should live it. Along the line I discover the Australia ?? level is fake, I don’t mind I continue the relationship, meanwhile she has messaged her aunty in United Kingdom that I’m not the problem of the marriage that she’s the one bcoz she cannot cope with a marriage. Latter on I left the house when her problem is too much for me, immediately I left the house my business started flowing, money that was hanging kept dropping and immediately I sent money to her, I paid part of hospital bills. One day she went out and came in with a taxify guy, saying d guy need accommodation, that she want the guy to be sleeping in the back room, I said ok no problem, to my greatest suprice this woman is sleeping with the guy with my pregnant, sleeping with the guy in different hotel, calling the guy my boo boo, it was the guy she was using to show case as husband, telling her friends that she will change the baby DNA ??.

Yes, I cut this guy in you room nakedly taking his birth in the house you rented for your children at about 2am, and you are there with him nakedly kissing him with pregnancy ?. Please tell the world what this guy is doing In ur room at that time?

This is the reason why I work away and I refused to say anything, but I kept hearing different lies against me and my family, I decided to voice out. Why must you lied about everything? After the wedding you said I am broke that I don’t have money and you want to move on. You told me you have seen another man I should let you go. Why would I feel pains, when I know the pains I went through for the few months I spent with you. You kept wasting resources, investing on a wrong direction and you are complaining you are financially down. Sleeping with the taxify guy in different hotels with another man pregnancy, yet you are still claiming you are right bcoz is the house you rented for you and your kids. I thank God for my life. 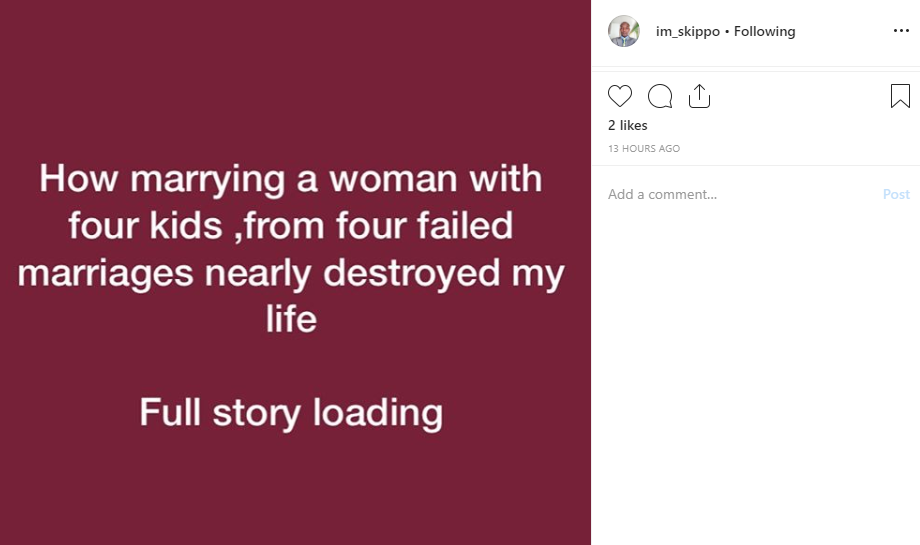 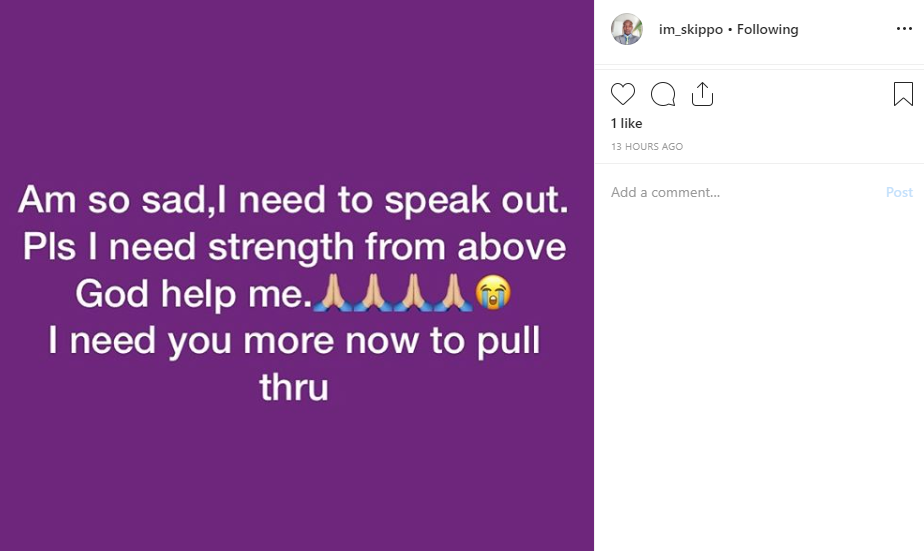 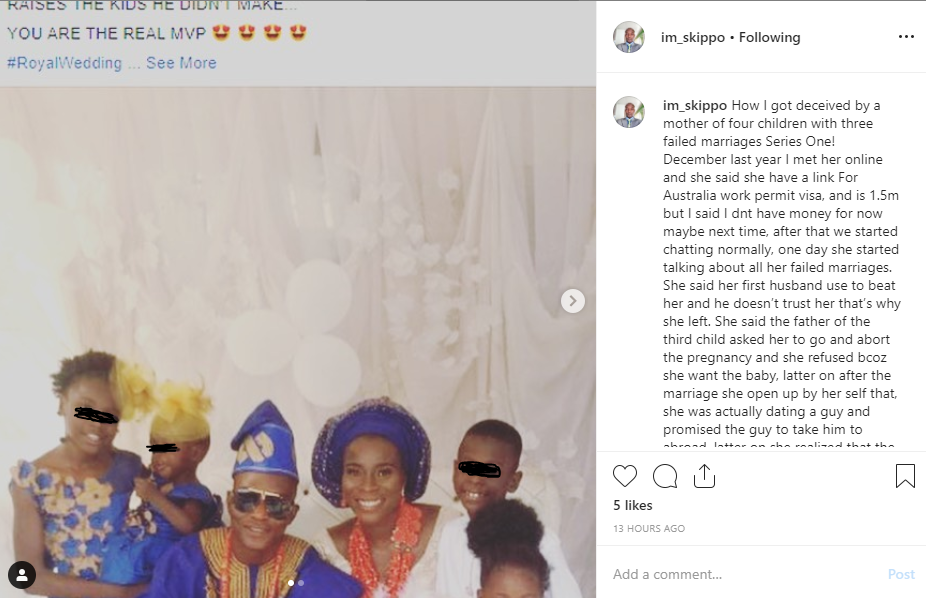