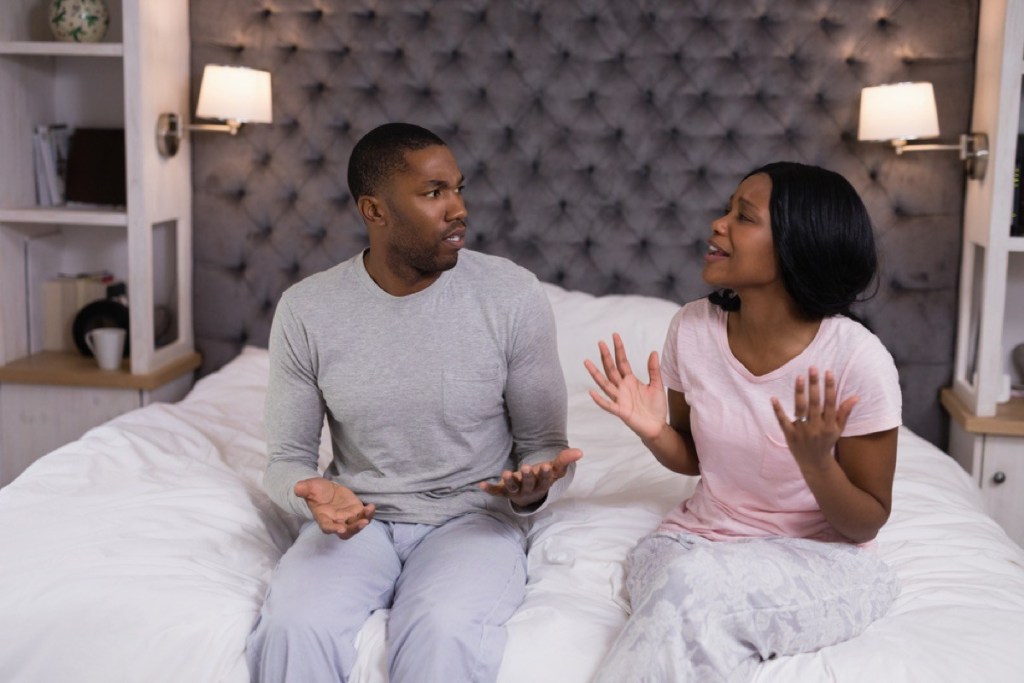 DISTURBING: How Nigeria’s Restrictive Anti-abortion Stance Is Killing More Women By The Day

It’s the million-dollar question that many wonder about but never ask: How much sex is normal in a relationship? The phrase “sexless marriage” is more normal than what many might think.

For this couple, Heather and Nathaniel Hawkins, it’s something that they struggled with for nearly 20 years.

“Every two to three months was about as much as we were sexually intimate,” said Nathaniel. His wife, Heather Hawkins added,

“It was painful especially because when I would talk to my friends about it, they didn’t understand; they were complaining about how much their husbands wanted sex, so that made me feel like maybe something’s wrong with me.”

Speaking on the topic, Dr. Doug Weiss, credited with coining the term “intimacy anorexia” and founder and executive director of Heart to Heart Counseling Center in Colorado Springs said:

“Sexless marriages are in the millions. It’s an epidemic. There are many people sleeping alone, married and alone.”

In 2015, the phrase “sexless marriage” was reportedly one of the most Googled phrases about sex and marriage. According to The New York Times, 21,000 people searched the term every month.

Dr. Weiss, who has seen couples in sexless marriages like Heather and Nathaniel, confirmed that not physically connecting through sex can go on for weeks, months or even decades. Weiss told “GMA”:

“I’ve had couples for 20 years sleeping in the same bed and not having sex.”

Now, Weiss and other doctors have found something new for a lack of physical intimacy in a marriage. They’re calling it “intimacy anorexia,” a disorder where one person in a relationship actively withholds emotional, spiritual and sexual intimacy from their spouse or partner.

According to Dr. Weiss, who was the first to coin the term after seeing a distinct lack of intimacy within clients’ relationships during counseling sessions:

“It could be a result of depression, hormones, it could be even a personality disorder but intimacy anorexia is probably the leading cause where the person is actually, intensely, holding intimacy and sexuality.”

At Heart to Heart, Weiss and his team of counselors work to help couples and individuals who lack intimacy in their relationships, which they believe by nature is an essential part of creating close relationships.

“I was absolutely the one pulling back both sexually and emotionally and even relationally I was just pulling back.”

The Hawkinses were on the brink of separation after Nathaniel turned to emotional and physical affairs to fulfill his own but were able to move forward in a positive way when Heather found Dr. Weiss’s practice online and learned about intimacy anorexia. She said:

With the help of Heart to Heart’s intensive program, materials created by Dr. Weiss and a phone therapy group, the couple says they are now closer than ever and working on their journey as a couple.

“This year compared to last year is like a different life because he’s healing and he’s changing and I’m healing.”

“We are ‘glued’ to one another spiritually, emotionally and physically. I wouldn’t trade that for anything,” said Nathaniel.