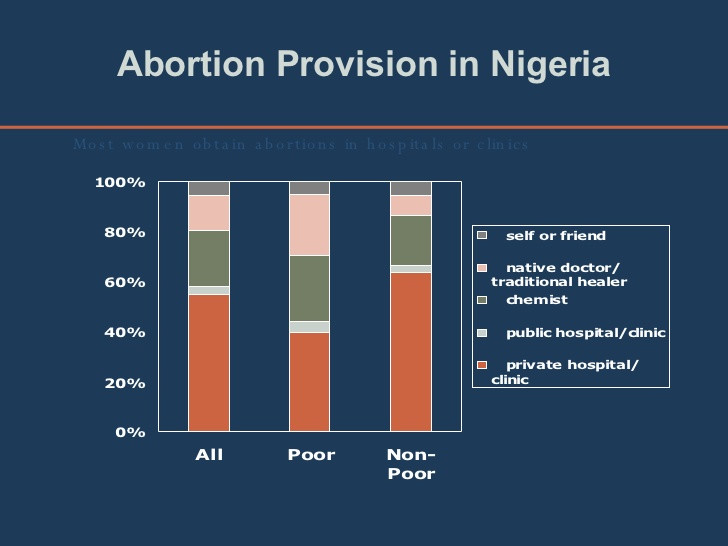 The issue surrounding abortion rights in Nigeria is a highly sensitive one. Abortion in Nigeria is highly restrictive and various governments have not been bold enough or probably lack the political will to review and liberalise our shackling abortion laws.

The only legal way to have an abortion in this country is if the child is in some way putting the mother’s life in danger and even then, safe options are scarce and expensive.

The passing of Alabama’s anti-abortion bill has caused shock-waves around the world but if we look a little closer to home, we would see that we are dealing with our very own violation of human and women’s rights which has already cost many lives.

The Alabama anti-abortion law was particularly shocking because it was passed in a country that is incredibly liberal in the world context. However, since President Donald Trump was elected, America has regressed in many aspects and has become shockingly conservative on a myriad issues including gun laws, immigration and, abortion.

However, Nigeria has always had one of the most restrictive laws on abortion, world-wide. According to the Laws of the Federation of Nigeria 1990: Criminal Code Act Chapter 77:

“The Criminal Code is currently enforced in southern states. The abortion laws of the Criminal Code are expressed within sections 228, 229, and 230. Section 228 states that any person providing a miscarriage to a woman is guilty of a felony and up to 14 years of imprisonment.

Similarly, the Penal Code, according to Comparative health law and policy: Critical perspectives on Nigerian and global health law by Taylor and Francis, states that ,

”The Penal Code operates in northern states, with abortion laws contained in sections 232, 233, and 234. The sections of the Penal Code parallel the Criminal Code, besides the exception for abortion with the purpose of saving the life of the mother. The Penal Code’s punishments include imprisonment, fine, or both.”

Like most restrictive law, Nigeria’s anti-abortion stance does not curb the amount of abortions carried out but simply drives women to seek out increasingly unsafe abortion methods. From potent pills which trigger a miscarriage to backstreet doctors, these methods have contributed to abortion-related complications and a rise in morbidity rates among women.

According to research done by the Guttmacher Institute, an estimated 456,000 unsafe abortions are done in Nigeria every year. In a joint study carried out by the Society of Gynecologists and Obstetricians of Nigeria and Nigeria’s Ministry of Health, estimates of women who engage in unsafe abortion were around 20,000 each year.

Despite these shocking figures and the work done by abortion-advocacy groups in Nigeria since the 70’s, the only way a woman can get a legal abortion is if her life is in immediate danger.

According to Women’s March Global, “Close to 137 women suffer complications or die for the reasons of unsafe abortion, also almost 100 teenage girls die from unsafe abortion every day”.  Sadly, all these lives could have been spared if we could reassess our position on abortion. 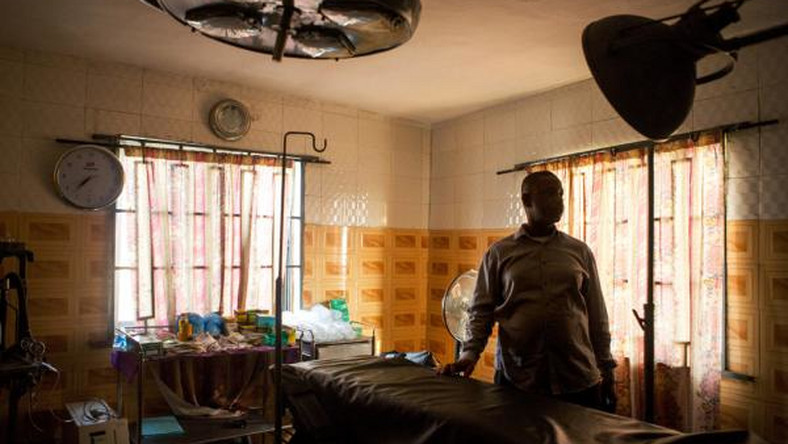 There appears to be many myths and misconceptions about who gets abortions, and why. The fact is that the women who have abortions come from all socioeconomic and religious backgrounds and there are are a variety of valid reasons why someone would need an abortion.

SEE ALSO: Why ‘Abortion was the best decision I ever made’ – Actress, Jameela Jamil Reacts To The Fetal Heartbeat Bill

For starters, there is a distinct lack of transparency surrounding reproductive health and contraception in the Nigerian education system and as a result, many men and women grow up ignorant on what exactly prevents pregnancy. According to the Guttmacher Institute’s Fact Sheet,

“Contraceptive use remains low in Nigeria. In 2013, only 16% of all women of reproductive age (15–49) were using any contraceptive method, and only 11% were using a modern method—levels that remain virtually unchanged since 2008.”

Young adults often engage in unprotected sex which results in pregnancy. Other salient reasons for teenage pregnancy include early/forced marriage, sexual abuse, peer pressure, and transactional sexual relationships which occur among the poor.

Nigeria’s anti-abortion law means that these youth are forced to carry their birth to term and go through the trauma of childbirth.

These laws do not only affect the youth but all women of reproductive age. The decision to have an abortion is rarely simple. Most women base their decision on several factors, the most common being lack of money and/or un-readiness to start or expand their families due to existing responsibilities.

Many feel that the most responsible course of action is to wait until their situation is more suited to childbearing; others plan to have children when they are older, financially able to provide necessities for them, and/or in a supportive relationship with a partner so their children will have two parents.

Others wanted to get pregnant but developed serious medical problems, learned that the fetus had severe abnormalities, some simply don’t want children; all reasons are valid.

Religion also plays a major factor in why abortion is frowned upon in Nigeria. Many Nigerians have strong views on the morality of abortion and these are closely linked to their respective religious beliefs.

SEE ALSO: Pope Francis Reiterates His Stance On Abortion: ‘It is never the answer’

All the religions have taken strong positions on abortion; they believe that the issue encompasses profound issues of life and death, right and wrong, human relationships and the nature of society, which makes it a religious and spiritual matter.

“Children are a heritage from the LORD, offspring a reward from him. 4 Like arrows in the hands of a warrior are children born in one’s youth. 5 Blessed is the man whose quiver is full of them. They will not be put to shame when they contend with their opponents in court.”- Psalm 127:3-5

There are many instances in the Bible for example that refers to children as a blessing, a gift from God. It is often these passages that are used to guilt women into keeping an unwanted pregnancy.

Furthermore, a country like Nigeria that is crippled by a population crisis and poverty, the option of abortion could have saved many people and families who were simply not ready to take on the physical, financial and emotional burden of a child.

In Nigeria, it’s easy for women to feel helpless especially in regards to issues surrounding our bodies and autonomy but as long as we have a voice, we have to keep fighting.