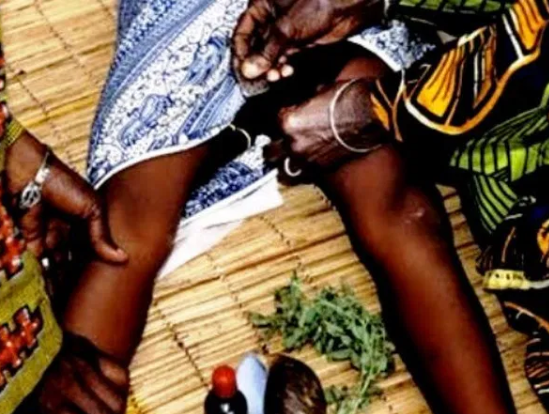 How To Protect Your Eyes From The Growing Rates Of Eye Problems/Blindness From Over-Exposure To Phones- Consultant Ophthalmologist, Chioma Uchendu

Nigeria ranks third among Female Genital Mutilation (FGM) practicing countries in the world. Following on from the first-ever UK conviction for FGM in February this year, which saw a woman sentenced to 11 years in prison for FGM offences, the Crown Prosecution Service in the UK has now expanded its guidance to help prosecutors and successfully bring more perpetrators to justice.

Nigerian parents who still indulge in the practice of (FGM) can now be prosecuted in the UK. In a fresh guideline, the Crown Prosecution Service said suspects accused of allowing Female Genital Mutilation (FGM) to be carried out can face prosecution in the UK, regardless of where in the world the procedure took place, the CPS confirmed today.

The refreshed guidance also gives clarity on the line between so-called “designer vagina” operations and FGM to guide prosecutors, given the rise in popularity in these procedures.

Jaswant Narwal of the CPS said:

“Female genital mutilation is a sickening offence that can have a serious lifelong physical and emotional impact on victims.

We want to send a strong message that this crime does not have to be carried out in the UK for people to be prosecuted by the CPS we will seek justice for people affected by this horrific practice.

There is no hiding place. We hope this new guidance will give victims, police and prosecutors the confidence and practical guidance they need to bring more perpetrators of this traumatic abuse to justice.”

The new guidance introduces a series of practical updates which are informed by CPS’ experience prosecuting these offences.  It includes extra guidance to investigators on which types of expert evidence can be secured to help build a robust prosecution case to bring before the courts, considering pathology, gynaecology, and expert evidence of ritual and religion.

Furthermore, the guidance offers clarity on the position of genital piercing and genital cosmetic surgery under FGM legislation.