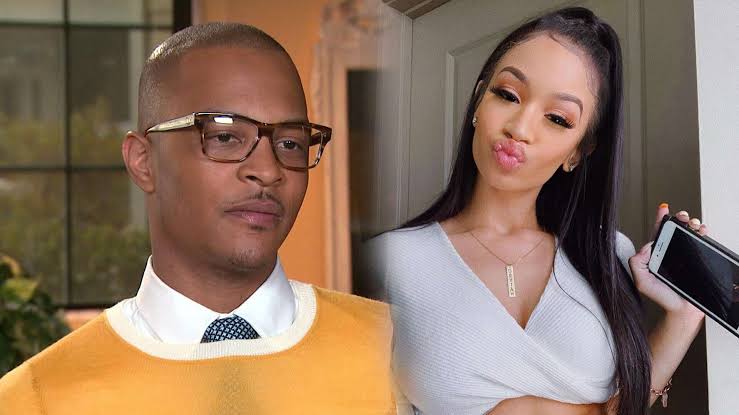 Planned Parenthood has reacted to T.I.’s shocking confession that he follows his daughter Deyja Harris to the gynaecologist every year to ensure that her hymen is still intact and she’s still a virgin.

The father of six made this revelation to “Ladies Like Us” podcast hosts Nazanin Mandi and Nadia Moham on Tuesday when asked if he’d had the “sex talk” with his daughter.

According to T.I., not only has he had the talk with her, he takes his 18-year-old daughter to the gynecologist after each birthday to check that her hymen remains intact. He said he does this for her own good.

His comments were met with outrage and disgust online. Planned Parenthood fired off a string of tweets, not addressing T.I. directly, but firstly explaining what virginity is and how it has absolutely nothing to do with your hymen, and secondly, the science behind the hymen and the many other ways in which it can be stretched or broken.

“Idk who needs to hear this but virginity is a made-up social construct, and it has absolutely nothing to do with your hymen. A virgin is someone who’s never had sex. But “sex” means different things to different people, so “virginity” does too. Many don’t care what it means or think it matters. Whatever you believe, the fact is you can’t tell if someone’s had sex by checking their hymen.”

As earlier mentioned, though they didn’t mention T.I., a number of Twitter users tagged him to the thread and asked him to educate himself.

A lot of people think that having penis-in-vagina sex for the first time is how you lose your virginity. But this leaves lots of people and other types of sex out of the picture.

Bottom line: the definition of virginity is complicated, and it’s really up to you to decide what you believe. Some people don’t even care what “virginity” means or think it matters. Stressing about whether you’re a virgin is way less important than how you feel about your sexual experiences. Ask yourself: are you happy with the sexual experiences you’ve had or decided not to have?

The hymen is a thin, fleshy tissue that’s located at the opening of your vagina.

There’s a lot of confusion about hymens out there. Many people think the hymen totally covers the opening of your vagina until it’s stretched open, but that’s not usually the case. Most of the time, hymens naturally have a hole big enough for period blood to come out and for you to use tampons comfortably.

Some people are born with so little hymenal tissue that it seems like they don’t have a hymen at all. In rare cases, people have hymens that cover the entire vaginal opening, or the hole in their hymen is very small — they may need to see a doctor for a minor procedure to remove the extra tissue. Just like other parts of our body, hymens are a little different for everyone.

Does having a hymen mean you’re a virgin?

Some people believe that you’re not a virgin if your hymen is stretched open. But having a hymen and being a virgin are not the same thing.

Some people are born with hymens that are naturally open. And many other activities besides sex can stretch your hymen. So you can’t tell if someone has had sex by the way their hymen looks or feels.

The average age when people have sex for the first time is 18. Sometimes it may seem like everybody at your school is doin’ it, but that’s usually not true. Only about half of high school students have ever had vaginal sex. And most teens who have had sex don’t do it very often.

Choosing to have sex for the first time is a big decision that’s very personal. People think about lots of different things: religious, spiritual, and moral beliefs; family and personal values; desire; love; and/or relationships. Whatever your reason is, it’s important to wait until you’re sure you’re ready to have sex.

Lots of teens who’ve had sex say they wish they had waited. If you’ve already started having sex and want to stop, that’s totally okay — just because you’ve had sex before doesn’t mean you have to do it again. People can be abstinent (not have sex) at any time, for any reason. And some people choose to never have sex — that’s totally okay, too.

Try not to worry too much about what other people do. When you lose your virginity isn’t as big a deal as making sure you and your partner are ready for sex. If you have sex just to fit in, it probably won’t be a very good experience. It’s better to wait to have sex until you feel totally ready — and are prepared for some of the possible consequences of sex (like pregnancy or STDs).”

Other social media users also provided some basic sex education in response to T.I.’s revelation, particularly acknowledging that, hymen or not, T.I. has no right to police his adult daughter’s body.

This story makes me terribly sad.

I wish that instead of "she's 18" trending it would be "uhm she's a human and not your property" https://t.co/lYrgL70SZG 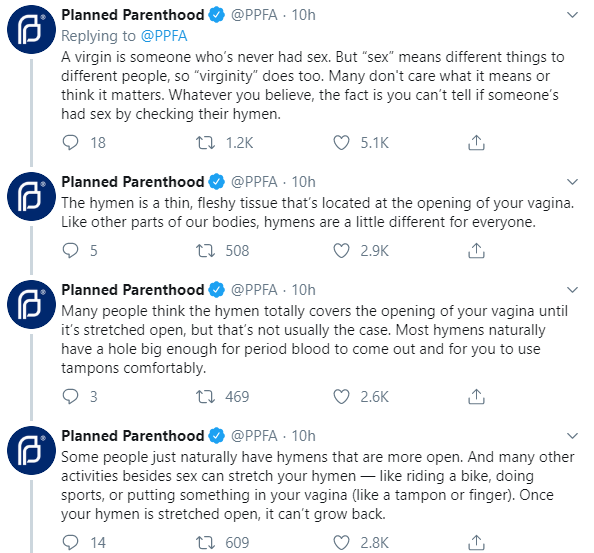