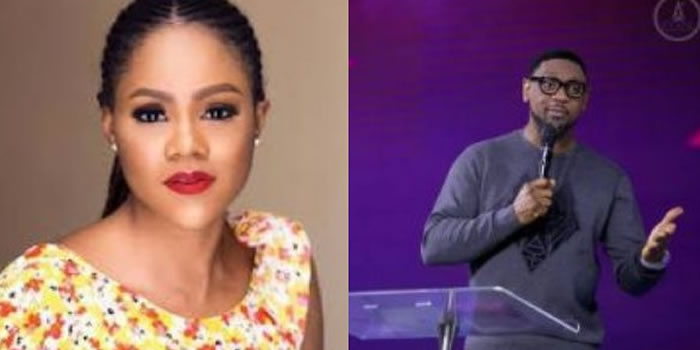 Three Lessons To Be Learned From Author, Bunmi Laditan’s Experience With Postpartum Depression

A Federal Capital Territory High Court sitting in Bwari has dismissed a suit filed by celebrity photographer and mum-of-three, Busola Dakolo, against the Senior Pastor of the Commonwealth of Zion Assembly, Pastor Biodun Fatoyinbo. Recall that in June of this year, Mrs Dakolo made a shocking revelation during an interview where she admitted quite emotionally that she was raped as a teenager by Fatoyinbo whom she saw as a father figure at the time. Read here.

The matter was eventually presented at a law court, following which the case has just been dismissed. The court also ordered the mum-of-three to pay N1m for wasting the court’s time.

In the suit, filed by Busola, wife of Musician, Timi Dakolo, in September, she had accused Fatoyinbo of rape, adding that the alleged action of the pastor, as well as his denial in a statement adversely, affected her marital sex life. She, therefore, demanded “a personal letter of apology” from the cleric to show honest remorse for his misdeeds.

Fatoyinbo’s lawyer, Alex Iziyon (SAN), however, argued that the prayer could not be granted, describing it as a frivolous suit.

READ ALSO: “You found your voice, and you used it” – Chude Jideonwo Celebrates Busola Dakolo Is A Hero

In his ruling, Justice Oathman Musa held that the matter amounts to injustice and an abuse of judicial process adding that the case is empty and purely sentimental. Justice Musa said that the case was aimed more at cruelty than obtaining justice.

The court also awarded costs of N1m against Busola Dakolo and held that the fine should have been 10 times more because the court’s time was wasted.

In her suit, which was filed on her behalf by her lawyer, Pelumi Olajengbesi and Co of Law corridor, Mrs Dakolo asked the court to declare that Fatoyinbo’s denial of his alleged acts contained jointly and/or severally through a press statement he released on June 28, 2019, had caused her continuous emotional distress and amounted to intentional infliction of emotional distress on her.

Olajengbesi said, “The claimant avers that she was immediately terrified and in shock while the defendant pinned her down on the couch following which he caressed her body, fondled her breasts, pulled her pants, quickly half-pulled his trousers and ordered her to allow him to have his way with her.

Meanwhile, the Nigeria Police Force says the probe into the allegation of rape against Fatoyinbo is slow because the alleged crime took place 20 years ago. The Force Public Relations Officer, Frank Mba, said this during an interview with PUNCH.

Mba said the matter was being investigated but the police would not be pushed into filing charges for the fun of it. He said once the police are done with the investigation, the public would be notified regarding the next step.

Meanwhile the judgment has been met with outrage by Nigerians who say rape victims in Nigeria are subjected to further torture by the lax justice system.