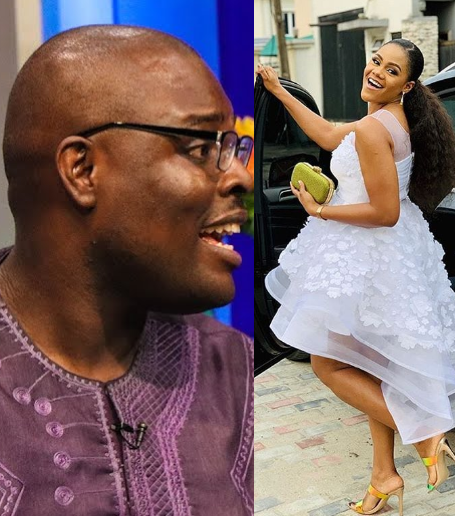 Chude Jideonwo, the media personality that held the explosive interview with celebrity photographer and mother-of-three Busola Dakolo, in which the latter revealed quite shockingly that she was raped and sexually exploited by the famous senior pastor of Commonwealth of Zion Assembly church (COZA), Biodun Fatoyinbo, has praised her as a hero whome history would speak very loudly of.

Chude, who is also the co-founder of Red Media, in a birthday message to Mrs. Dakolo praised her for finding her voice and for using it, and how her brave action has led to the ‘release and healing’ of other people.

While acknowledging that she has suffered some backlash for speaking up, he said history would be kind to her for her strength.

There are not enough words.

Everyday I continue to hear of people all over the world who have come to release, clarity, healing and strength just because you found your voice, and you used it, in spite of the decay that has been thrown at you.

Your birthday, today, is the celebration of a hero.

And history will not just be kind to you; it will speak very loudly of you.” 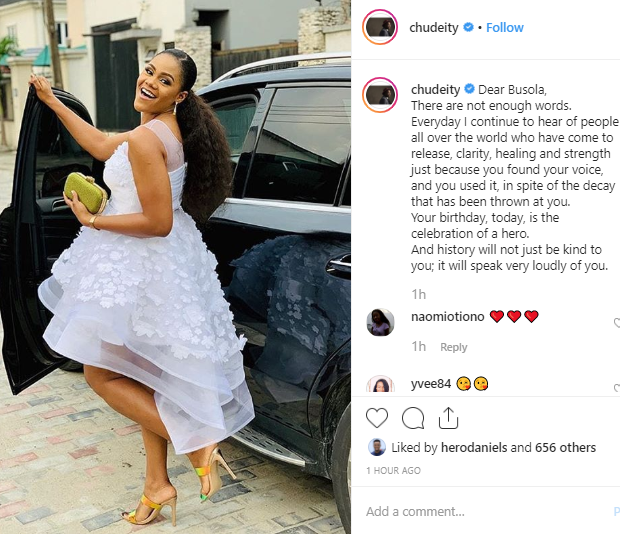