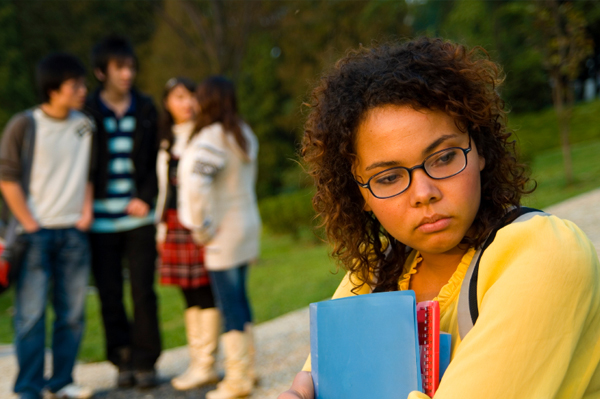 As The Holidays Approach, Billionaire Mum, Sara Blakely Prods Single Women On Self-belief In The Face Of Family Pressure

Most kids, teens and even adults are subjected to some sort of bullying at school and workplace. Having a child bullied at school is one of the greatest fears of parents and research has shown that this fear is well-founded. School bullying has been described as the single most important threat to the mental health of children and adolescents.

Research findings show that being bullied early in life, whether in primary or secondary school, increases the risk of serious mental health problems at the adolescent stage, and could also lead to depression in adulthood.

A bully can turn something like going to the bus stop or recess into a nightmare for kids. Bullying can leave deep emotional scars. And in extreme situations, it can involve violent threats, property damage, or someone getting seriously hurt.

As a parent, you will not want any of these to happen to your child. But if, unfortunately, your kid has been subjected to bullying, you cannot only help the child to overcome the problem, you can also put a stop to the ugly situation.

Each day, according to PUNCH reporter, Prince, a 12-year-old JSS 1 student, asked his mum for more and more lunch money. Yet he was looking leaner than ever and always came home from school hungry.

Normally a very lively boy, Prince became increasingly withdrawn, unwilling to socialise with his mates. And, unlike before, he no longer liked going to school – he had to be coerced and dragged to enter the school bus.

Worried about the development, Prince’s parents made enquiries at his school. It turned out that Prince was handing his lunch money to a SSS 2 student, who had beaten him up in the past and was threatening to beat him up again if he did not continue to pay.

Jane, a JSS 2 pupil, who had just changed school after her parents relocated to a new town, was being subjected to mean taunts and jokes by some classmates who disliked her. The abusive gang has made it difficult for Jane to settle down in the new school and, although she is a bright student, her academic performance has dropped drastically.

Unfortunately, the kind of bullying that these two students experienced is widespread, to the extent that it seems normal.

If your child is being bullied, you want to act to help stop it, if possible. There are ways to help your child cope with teasing, bullying, or mean gossip, and lessen its lasting impact. And even if bullying is not an issue in your house right now, it is important to discuss it so your kids will be prepared if it does happen.

To be able to help your kid overcome bullying, you have to; first of all, know what is happening to the child.

Most kids have been teased by a sibling or a friend at some point. And it is not usually harmful when done in a playful, friendly, and mutual way, and both kids find it funny.

But when teasing becomes hurtful, unkind, and constant, it crosses the line into bullying and needs to stop. Bullying is an intentional tormenting in physical, verbal, or psychological ways.

It can range from hitting, shoving, name-calling, threats, and mocking to extorting money and possessions. Some kids bully by shunning others and spreading rumours about them. Others use social media or electronic messaging to taunt others or hurt their feelings.

It is important to take bullying seriously and not just brush it off as something that kids have to ‘tough out’. The effects can be serious and they affect kids’ sense of safety and self-worth. In severe cases, bullying has contributed to tragedies, such as suicides and school shootings.

Kids bully for a variety of reasons. Sometimes they pick on kids because they need a victim — someone who seems emotionally or physically weaker, or just acts or appears different in some way — to feel more important, popular, or in control. Although some bullies are bigger or stronger than their victims, that is not always the case.

Sometimes kids torment others because that is the way they have been treated. They may think their behaviour is normal because they come from families or other settings where everyone regularly gets angry and shouts or calls each other names. Some popular TV shows even seem to promote meanness — people are ‘voted off’, shunned, or ridiculed for their appearance or lack of talent.

Unless your child tells you about bullying, or has visible bruises or injuries, it can be difficult to figure out if it is happening. If your child talks to you about problems with other children at school, this is good news. Very often, children don’t tell anyone about being bullied – they might feel ashamed or worry about how their parents will respond.

It is important that when children approach parents with a problem, parents stop and listen. If parents become emotional or over-react, this may discourage children from confiding further.

But there are some warning signs. Parents might notice kids acting differently or seeming anxious, or not eating, sleeping well, or doing the things they usually enjoy. When kids seem moodier or more easily upset than usual, or when they start avoiding certain situations (like taking the bus to school), it might be because of a bully.

If you suspect bullying but your child is reluctant to open up, find opportunities to bring up the issue in an indirect way.

For instance, you might see a situation on a TV show and use it as a conversation starter by asking, “What do you think of this?” or “What do you think that person should have done?” This might lead to questions like, “Have you ever seen this happen?” or “Have you ever experienced this?” You might want to talk about any experiences you or another family member had at that age.

SEE ALSO: Grieving Parents Share How Constant Bullying Took the Life of Their 10-Year-Old Daughter: ‘We have to stop it within our kids’ | WATCH

A psychologist, Prof. Oni Fagboungbe, in a chat with PUNCH, noted that parents can help their kids to overcome bullying by counselling them on different ways to handle the problem.

In counselling the affected child, parents can inculcate qualities like courage or boldness, which can help the kid to put up a resistance. On the other hand, parents can also teach their kid to ignore, or overlook the bullying.

“Parents can assist the child by counselling him. In cases where the bullying is in the form of name-calling, the parents can say: ‘Has calling you names removed any hair from your head?’

“On the other hand, the parents can give them courage and make them bold by telling them how to resist the bullies. Parents must educate the child and inculcate boldness in them. This is very important because victims of bullying can go through a very traumatic experience that might have negative consequences on their well-being later in life,” Fagboungbe said.

Depending on the sort of counselling provided by the parents, the child who is being bullied can respond to the problem in two different ways, according to Fagboungbe. He said,

“There are two things that the child can do. First one is to become insensitive to the bullying and taunting. If they ignore them, in no time, it will stop. If they keep on reacting, it will give them (bullies) joy and they will keep on taunting them (the kid). If the child ignores them, they will deny the bullies that satisfaction.

“Secondly, the child that is being bullied can resist them. This is more pragmatic – if a finger is coming towards your face and you keep on moving back, it will keep coming. But if you stand your ground, or move towards the finger, it will stop or even retreat.”

If the bullying is getting out of hand, parents should not hesitate to take up the problem with the school authorities.  When kids are unable to deal with a distressing issue by themselves, it is important that the parents communicate for them.

It is important when approaching the school for parents to plan carefully what they want to say. Schools can easily become defensive about the issue of bullying. It is important parents stay calm and explain exactly what happened and how their child was affected. The parent can request help in improving the situation and then check how this goes over time.

There are other adults who may be supervising children when bullying occurs. Apart from the teachers, parents may need to have conversations with other school officials, such as sports coaches, dance instructors, security wardens, as the case may be, in order to get to the root of the problem.

Approach parents of the ‘bully’

The situation is a bit more sensitive if the problems occur when your child is being supervised by friends or family members. The same principles apply though – you need to calmly request the other adult’s help without blaming them or putting their child down. Sometimes this can start by acknowledging the children are having problems and suggesting you could work together to help them.

Generally, it is a risky move to approach parents of another child at school bullying your child, if you don’t already have a good relationship with them. Your approach is unlikely to improve things and may result in heated conflict. This may worsen the relationship between the children, making it more difficult for the school to resolve the issue.

Take it up with law enforcement agencies

According to Fagboungbe, parents have no other choice but to approach law enforcement agencies when the bullying does not stop – especially when it involves physical assault. He said,

“However, the parents should start with reporting to the school authorities before going to the law enforcement authorities as a last resort.”