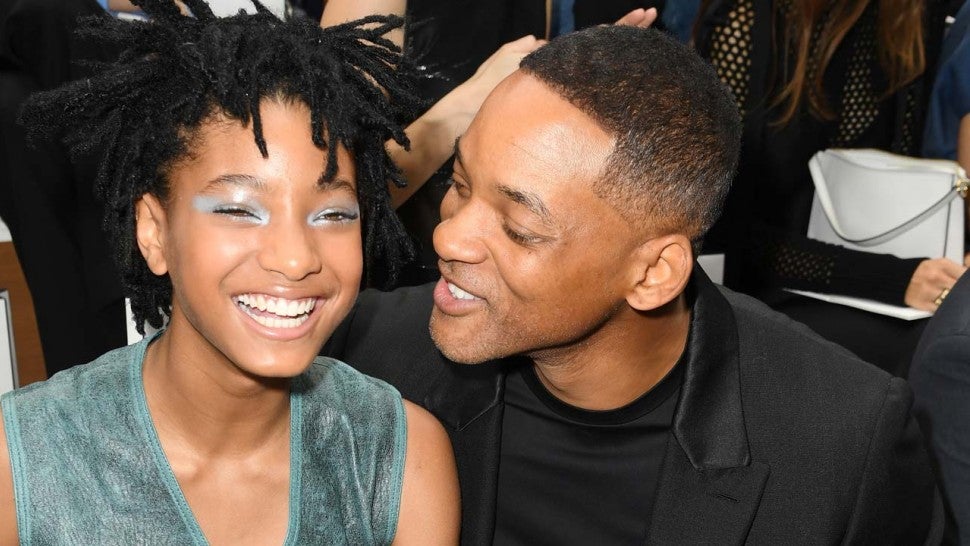 Woman, Juliet Ehiemere, Who Claims That Singer, Flavour Is Her Daughter’s Father Dares Him To A Paternity Test

Celebrity mum and actress, Jada Pinkett Smith has revealed that her actor husband, Will Smith was not the best at parenting their teenage daughter, Willow.

Will allegedly made some errors with their daughter; like not knowing how to respond to Willow’s monthly periods when she first started having them. The mum-of-two shared that Will made “the craziest” comments about 19-year-old daughter Willow’s period and sometimes went too far. The 48-year-old actress made this revelation while speaking with rapper T.I. on her show Red Table Talk on Monday.

They were addressing T.I.’s controversial statement that he monitors his daughter Deyjah Harris by following her to the gynaecologist yearly to be sure she’s still a virgin.

Drawing on her family’s experiences from watching husband, Will and daughter Willow’s relationship, Jada said she could understand why T.I. would make misinformed comments. She said her own husband Will, 51, has said insensitive things about Willow.

“There’s certain things about raising a man that I can’t know. I would tell [Will], ‘Love your daughter, let me teach her,’ because there’s certain sensitivities that you might not understand and have just because of your relationship in the world is different than a woman’s relationship.

I understood that because I’m in this house with Will and he be saying the craziest stuff. He don’t understand the level. And thank God he has me and he’s got Willow … we educate that joker before he leaves this house. You know what I mean? He’s one of those that likes to tell stories and sometimes goes too far.”

Jada added Willow has reacted and “gone at” her father in the past for his “insensitive” comments made about her periods. She continued:

“Willow has gone at her dad several times for very insensitive comments, whether it’s around menstruation or, you know, ‘You must be PMS-ing,’ and she’s like, ‘That right there, we not gon’ do that.’ Every day, it’s a work in progress.”

Jada’s revelation comes after T.I. told her his comments about monitoring his daughter’s virginity were supposed to be a “joke”. T.I. said:

“I came to clear up any misconceptions that have been surrounding how we interact and parent, and what is appropriate and inappropriate.

I think all of this surrounds a conversation I was having in a very joking manner when asked how I deal with parenting in this day and age. From a place of truth, I began to embellish and exaggerate and I think a lot of people took it extremely literal.”