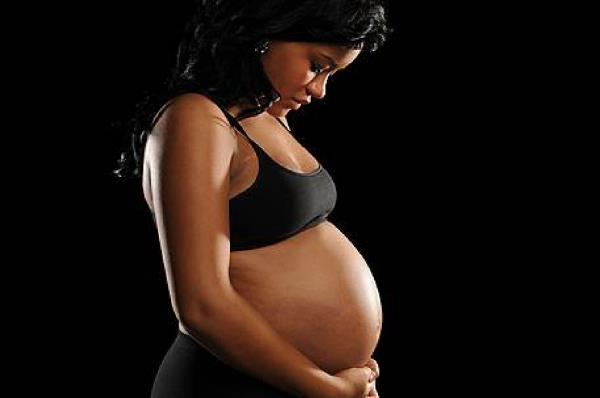 A new study has identified markers of maternal stress, both physical and psychological — that may influence a baby’s sex and the likelihood of preterm birth. It’s becoming well established that maternal stress during pregnancy can affect fetal and child development as well as birth outcomes, and a new study from researchers at Columbia University Vagelos College of Physicians and Surgeons and NewYork-Presbyterian now identifies the types of physical and psychological stress that may matter most.

The study was published online in the journal PNAS, the Proceedings of the National Academy of Sciences.

“The womb is an influential first home, as important as the one a child is raised in, if not more so,”

Because stress can manifest in a variety of ways, both as a subjective experience and in physical and lifestyle measurements, Monk and her colleagues examined 27 indicators of psychosocial, physical, and lifestyle stress collected from questionnaires, diaries, and daily physical assessments of 187 otherwise healthy pregnant women, ages 18 to 45.

READ ALSO: Spacing And Waiting Too Long Between Pregnancies- Nigerian Doctor Advises Women On Finding The Balance To Minimise Risks

About 17% (32) of the women were psychologically stressed, with clinically meaningful high levels of depression, anxiety, and perceived stress. Another 16% (30) were physically stressed, with relatively higher daily blood pressure and greater caloric intake compared with other healthy pregnant women. The majority (nearly 67%, or 125) were healthy.

The study suggested that pregnant women experiencing physical and psychological stress are less likely to have a boy. On average, around 105 males are born for every 100 female births. But in this study, the sex ratio in the physically and psychologically stressed groups favored girls, with male-to-female ratios of 4:9 and 2:3, respectively.

“Other researchers have seen this pattern after social upheavals, such as the 9/11 terrorist attacks in New York City, after which the relative number of male births decreased,” says Monk. “This stress in women is likely of long-standing nature; studies have shown that males are more vulnerable to adverse prenatal environments, suggesting that highly stressed women may be less likely to give birth to a male due to the loss of prior male pregnancies, often without even knowing they were pregnant.”

Other Impacts of Stress

When social support was statistically equalized across the groups, the stress effects on preterm birth disappeared.

“Screening for depression and anxiety are gradually becoming a routine part of prenatal practice,”

“But while our study was small, the results suggest enhancing social support is potentially an effective target for clinical intervention.”

An estimated 30% of pregnant women report psychosocial stress from job strain or related to depression and anxiety, according to the researchers. Such stress has been associated with increased risk of premature birth, which is linked to higher rates of infant mortality and of physical and mental disorders, such as attention-deficit hyperactivity disorder and anxiety, among offspring.

How a mother’s mental state might specifically affect a fetus was not examined in the study.

“Stress can also affect the mother’s immune system, leading to changes that affect neurological and behavioral development in the fetus. What’s clear from our study is that maternal mental health matters, not only for the mother but also for her future child.”