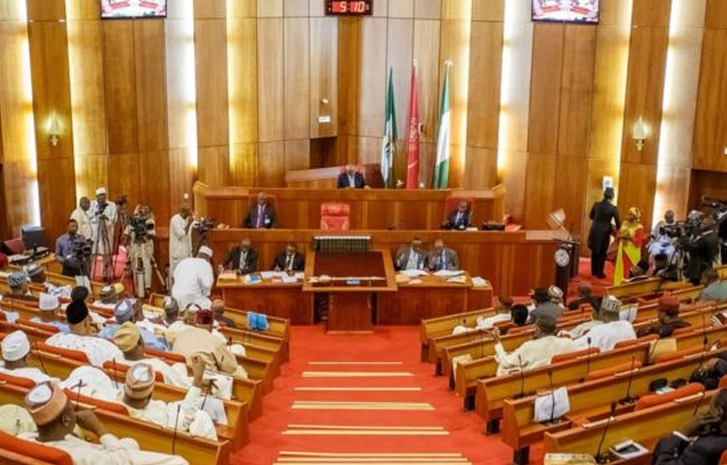 Following the public outcry against sexual perversion among university lecturers who unduly reward or punish female undergraduates by awarding or withholding marks in exchange for sexual favours, the Nigerian senate swung into action, seeking to enact a law that prohibits and makes the behaviour punishable under the law.

The bill had in it twenty-seven clauses that would nail erring lecturers but the deputy Senate President, Ovie Omo-Agege has now accused the Academic Staff Union of Universities, ASUU, of working against the passage of the Anti-Sexual Harassment bill before the Senate.

The Delta-born senator who reintroduced the bill in the 9th senate, disclosed this while speaking at a policy dialogue on the anti-sexual harrasment bill in Abuja.

According to Ovie Omo-Agege, the bill is aimed at protecting female students from harassment not by lecturers, academic and non-academic staff.

“During a public hearing on the bill which seeks to protect our children in universities from sexual harassment by lectures, some members of ASUU vehemently opposed the passage of the bill.

I believe as a matter of character, principle and learning that the student-educator relationship is one of in loco parentis in the same unique class as parenting.

It is a fiduciary relationship of authority, dependency and trust where the educator, like a good and responsible parent, exercises supervisory responsibilities over the student.

It is formed on an unwritten code of absolute honour and obligation of good faith, honesty, dignity, and care to be held inviolable.

No educator has the moral right to exploit the special student-educator relationship for repulsive personal satisfaction.

No one should be allowed to exploit seeming weaknesses in our existing legal frameworks to make life unbearably for our students, especially our female student.

As a father, I am confident that I speak for an overwhelming majority of our citizens that sexual predators who operate on our campuses of tertiary education do not represent who we are as a people. We have a duty to stop them.”