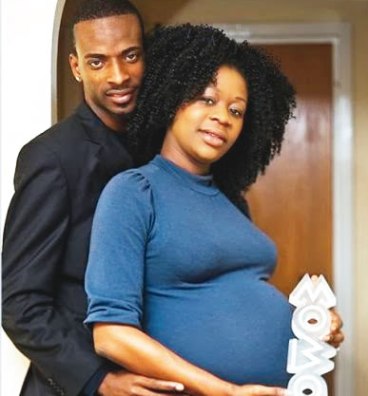 Toni Payne, former wife of Talented Afro Music singer, 9ice, has for the first time revealed that she has been the only one raising their only child, Zion, all by herself, without the help of her baby daddy.

The single mother of one disclosed this a few days after 9ice, whose real name is Abolore Akande, had indicated interest to walk down the aisle with one of his baby mamas, Olasunkanmi Ajala Akande, after he released pre-wedding photos to make the announcement.

Payne also used the opportunity to address fellow single mothers and express her wish for them in the spirit of Yuletide. Stating that she knows how difficult it is to take up both responsibility of being a father and mother at the same time, Payne showered praises on other single parents.

“My yearly wish has always been to have peace of mind, to be able to give my son the best in this world. I’m fully committed to those two things. Looking back at the pictures and I gotta say I don’t give myself enough credit,” she wrote.

I have raised Z 100 percent alone without complaining. To every parent especially single parents, raising their kids without help from the co-producer: I know it’s not easy. But may God give you the tools needed to give them the best childhood.

Always stay positive and refrain from any negative energy. They (the kids) will grow to appreciate you and become positive pillars to society. I’m beyond grateful because there was a point where I didn’t know where to go to with my child.”

9ice has a boy from his ex-wife, Toni Payne, a set of twins from Victoria Godis, and a daughter with Olasunkanmi Ajala whom he is currently married to. The two had their traditional and court wedding attended by family and friends, on the 26th of December, 2019. 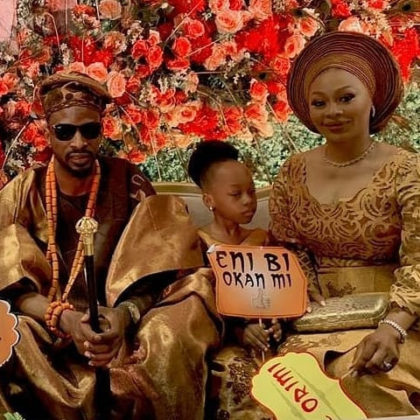 Payne, who has since relocated to the US following the divorce with 9ice, had previously blamed the Afropop singer for the collapse of their marriage in 2011. 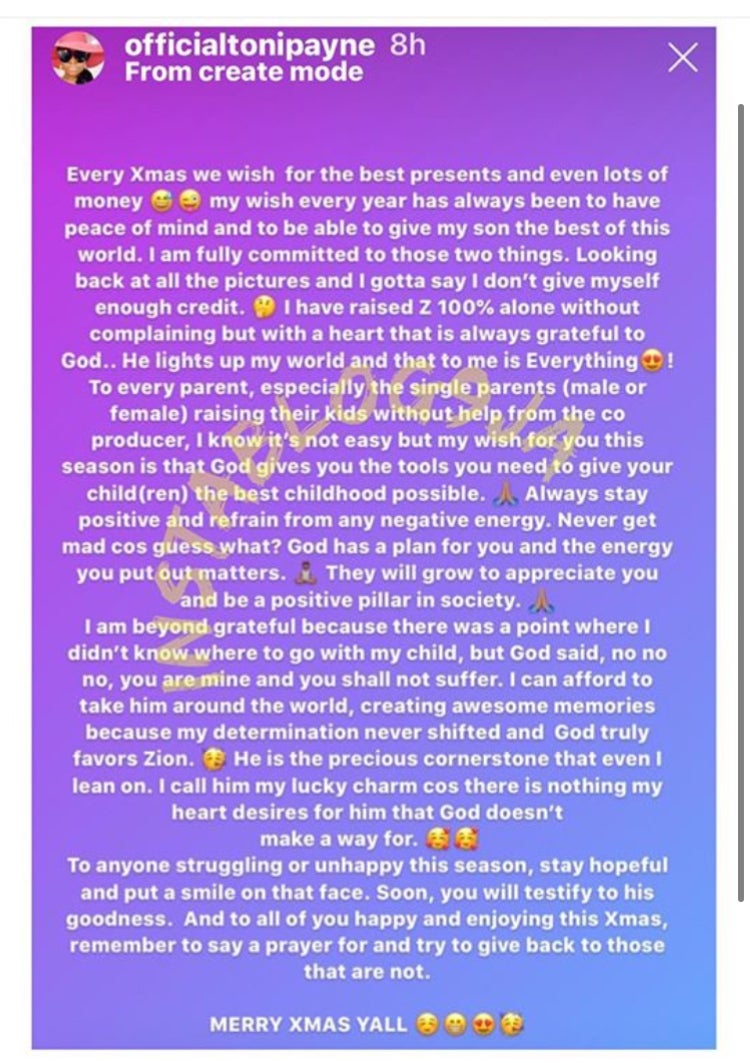